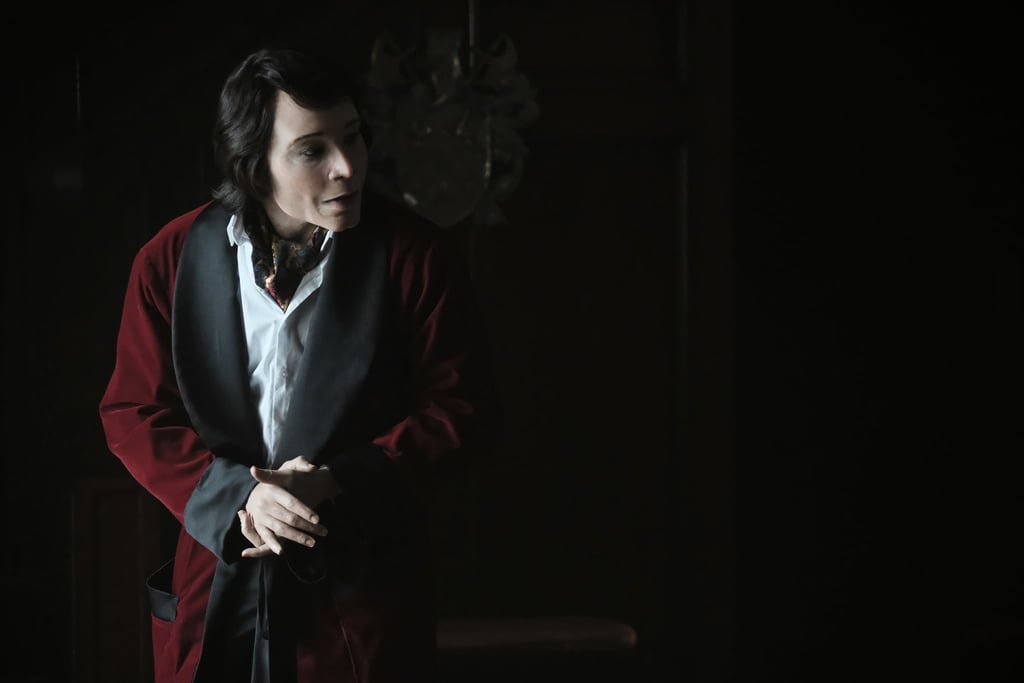 Atlanta Fans Spotted Teddy Perkins at the Emmys and Had Many, Many Feelings About It

If you're wondering why the Emmys broadcast kept showing a strangely dressed guy in the audience in a red velvet suit, you're not alone. The man with a confusing look is actually supposed to be Teddy Perkins, an obscure reference to a character in the nominated comedy Atlanta.

Perkins appeared in one episode of the show, but he was a memorable character on the comedy, better known to audiences as the only white guy in the cast. On Atlanta, the bizarre character is played by star and creator Donald Glover, unrecognizable beneath all the makeup and costuming. But during the 2018 Emmys broadcast, cameras clearly caught Glover in the audience at the same time as Perkins — so what gives? The man beneath the costume at the Emmys was Glover's costar Lakeith Stanfield. Glover didn't do a magically quick costume change like some fans speculated, instead having Stanfield stand in for him as the character for the award show. Confusing, yes, and Twitter thought so, too. See some of the best reactions ahead.