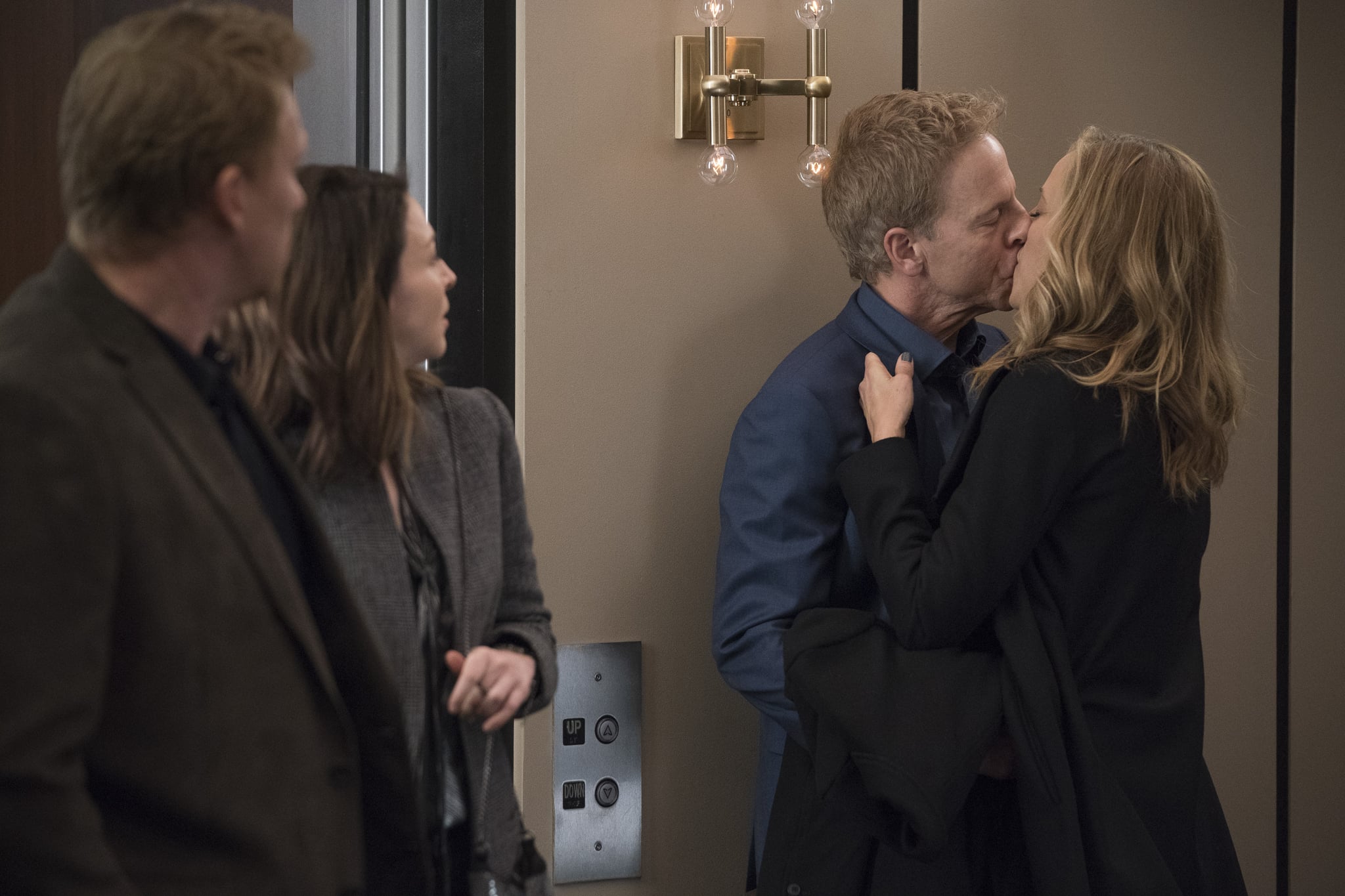 If you've ever been worried that Grey's Anatomy would cut down on its use of love triangles, season 15 should have quelled your concerns. While Meredith has spent the better part of the season trying to choose between Italian dreamboat Andrew DeLuca and charming "Ortho God" Link, she finally couples up with the former — probably because no one with working ear drums could resist him when he's whispering about wanting to be theirs in Italian. But, of course, that wasn't the end of the troubled love stories on Grey's.

The tension between Owen, Teddy, and Amelia has been thicker than a bowl of oatmeal ever since the cardiothoracic surgeon returned to Grey Sloan Memorial Hospital with some very big baby news. Inevitably, the news creates a rift between Amelia and Owen, which is understandable considering their volatile relationship has been shaky since the introduction of their foster children, Betty and Leo. But as Amelia and Owen start to find themselves at opposite ends of their relationship, Teddy finds herself with Tom Koracick. Despite the way he seems to rub everyone and their mother the wrong way, and the fact that she's several months pregnant, the two are actually pretty sweet together.

Of course, happiness only lasts momentarily and Amelia's relationship with Owen gets the final nail in its coffin when the latter has a jealous outburst during Jackson's party to celebrate Catherine's surgery. Amelia tells Owen that she needs to "step out of the circle," and leaves, which leads to him acting out and punching Koracick and telling him that he's "not a father." If anything, the fight affirms Teddy's affection for Koracick, because she knows his past and how much his fatherhood means to him. So, great job on that one, Owen!

The tension between Owen, Teddy, and Amelia has been thicker than a bowl of oatmeal.

When Amelia officially gives up her chance to foster Leo, Owen realizes that his relationship with her is 100 percent over. He begins spending more time with Teddy, who is almost at the end of her pregnancy. She's still very much interested in Koracick, even asking him to attend a birthing class with both her and Owen (which sounds incredibly awkward). Teddy ends up having early contractions and having to miss the class, leaving her and Owen at the hospital together. While lying in the hospital bed together, Owen and Teddy share a moment where the mother-to-be admits that she's scared to deal with a newborn. Owen responds by telling her all the ways she'll be an amazing mom, but the sweet moment between them is interrupted when Koracick walks in, just in time to keep them from getting too close.

Koracick warns Owen from getting too cute with Teddy, declaring his intention to fight for her. "I will not lie down. I will not walk away," he says. "And that will bring on a whole lot of drama and a whole lot of pain for a woman you claim you want to be happy."

Considering the fact that Koracick lays Owen out with a single punch back at Jackson's party, he may want to tread carefully. A part of us may believe that Teddy is meant to be with Owen, but we can't deny that there's definitely chemistry between Teddy and Koracick. Plus, Owen has been acting like a real jerk this whole season! He seems to be jumping onto Teddy pretty quickly after his breakup with Amelia. Maybe he's the one who needs to be alone so Teddy and Amelia can be happy with partners who don't stress them out so much.