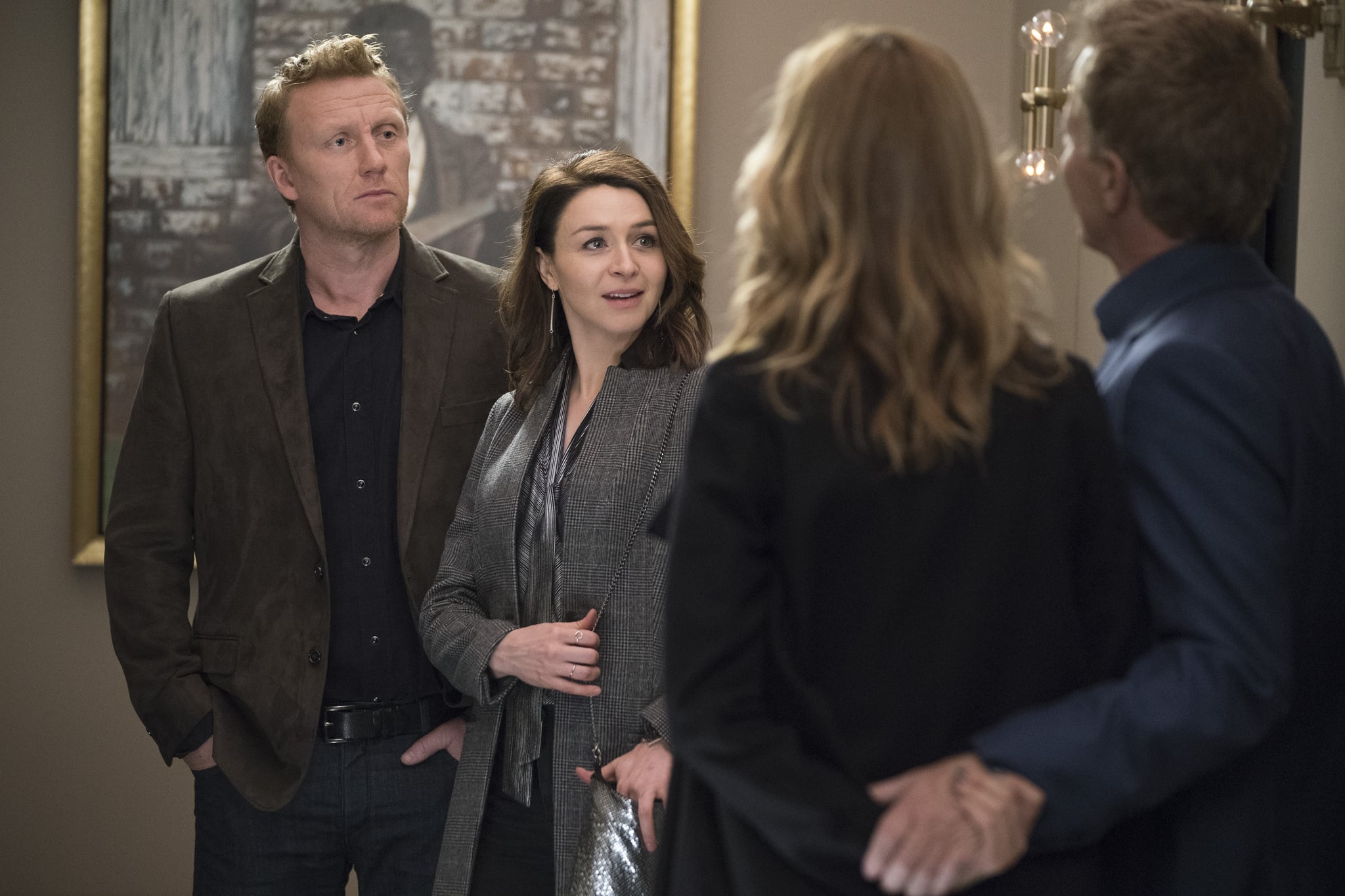 Warning: spoilers for the latest Grey's Anatomy episode ahead!

Ever since we knew Teddy would be making her return to Grey Sloan Memorial, there has been a countdown to the seemingly inevitable Amelia/Owen breakup. After all, as much as Grey's Anatomy loves a love triangle, it also loves a dramatic ending. And with these doctors, you can't get anything but!

It's not as if Teddy came back with the intentions of breaking up Owen and Amelia with her baby news. Once she's met with the realization that the two have created their own happily dysfunctional hodgepodge family with Britney and her son, she's genuinely happy for them. She tells Owen about the baby, and even though it comes out during a whole different mess and doesn't go the way she intends, she's also really honest about not wanting to interfere in his relationship with Amelia. Though things are decidedly not settled, the trio seem to reach an understanding and go off to deal with their other issues — like Amelia and Owen's family life.

Related:
How Grey's Anatomy Hinted at Who Owen Will Ultimately Pick in the Season Premiere

In a wacky yet typical Grey's-like turn of events, Teddy starts seeing Tom Koracick, who tends to rub everyone he meets the wrong way. To be honest, I kind of dig their relationship. Tom is intense in a douche-bro way that doesn't quite reach a point where he's irredeemable. He manages to make Teddy laugh, and he has an in with the best manicure place in Seattle. It's hard to see where Teddy could go wrong here. But unfortunately, Owen starts to act very jealous of Teddy's new relationship, right around the time Britney's parents come to bring her and Leo back home, shaking the very foundation of Owen and Amelia's relationship. It all comes to a head at Jackson's party, held to celebrate Catherine's surgery.

Having just said goodbye to Britney and Leo, Amelia is understandably feeling very vulnerable and raw. Considering she and Owen have been butting heads over everything since Britney first ran away, it's no shock that his resentful attitude regarding the loved-up Teddy and Tom rubs her entirely the wrong way. When Amelia brings up her worry that Owen still has feelings for Teddy, Meredith deals her the hard truth that Teddy will always be in Owen's life, whether they are having a baby or not. "It was this way for Cristina and it's been this way for your whole marriage . . . and your divorce," she says. "It's not going to change. Just make peace with it." 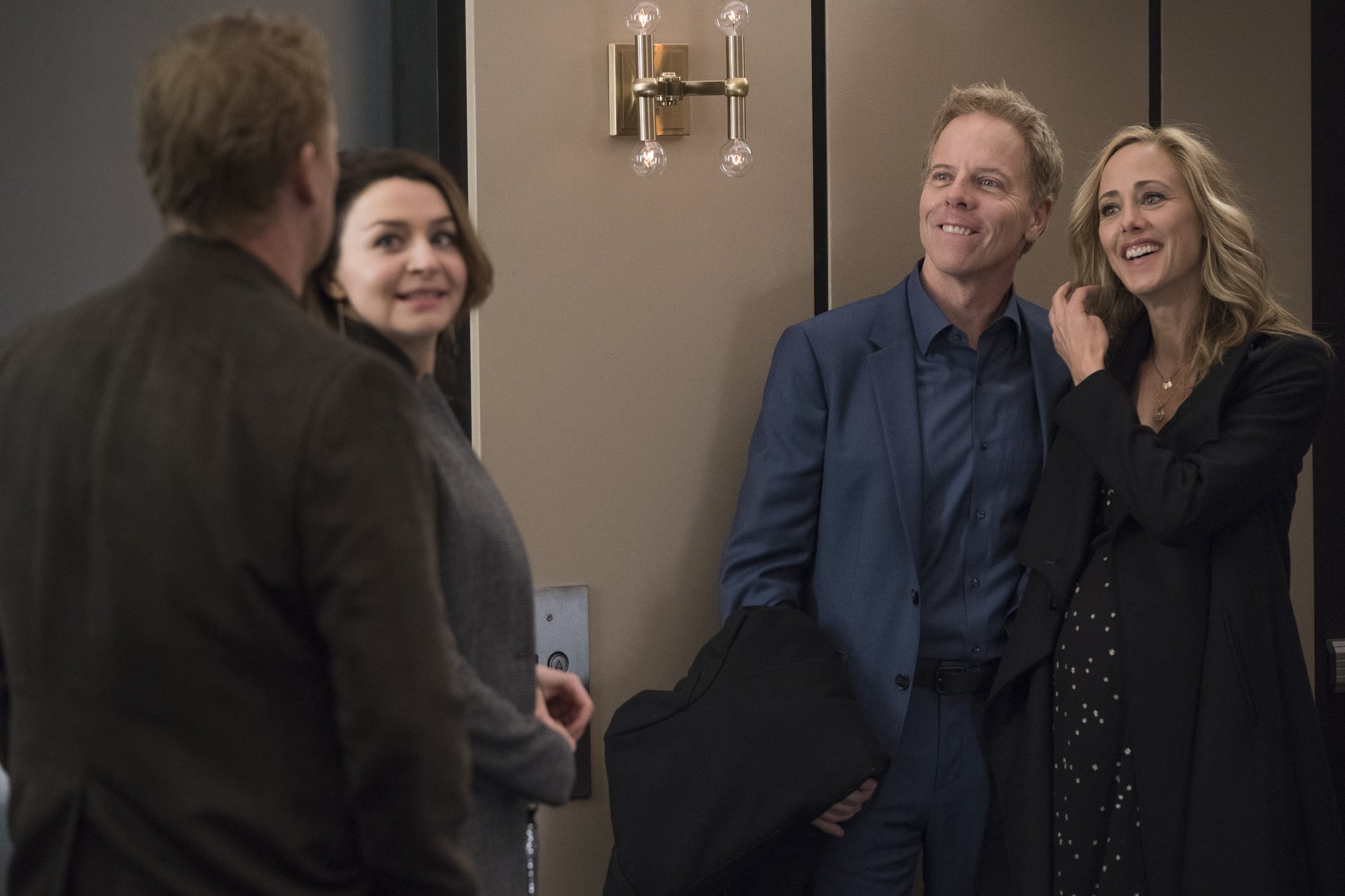 Amazingly, that piece of advice doesn't sit well with Amelia. She realizes she's not in a love triangle, she's in "a love circle," and she's not happy about it. When Owen confronts her about what he believes to be insecurity about their relationship (he literally asks her how many times he has to "choose" her before she gets it), Amelia counters with the fact that it was only a mere seven months ago that Owen confessed his love for Teddy, which resulted in her pregnancy. She points out how their relationship was reignited by the entrance of Britney and Leo, so who's to say the birth of Owen's daughter won't do the same for him and Teddy? In the end, it's too much for Amelia, and she walks away from Owen, declaring, "I need to step out of the circle . . . I'm not in it anymore."

Perfect dramatic exit, right? Of course, also in true Grey's style, that's not where it ends. After Owen's hostility toward Tom gets him punched in the face and he returns home, he finds Amelia on his doorstep. She explains that Britney and her parents brought Leo back with the intention of letting Owen and Amelia foster him, to allow Britney to grow up as a regular teenager (while recovering from a drug addiction). "[Britney] always talks about you as [Leo's] parents . . . and you are," Britney's mother explains as they return Leo to the two doctors.

The episode ends with the three — Owen, Amelia, and Leo — back together, but what does that mean exactly? Amelia tried to take herself out of the circle, and yet she's pulled back in because Britney's parents expect them to raise Leo together. Will they try to make it work again? Will Owen foster Leo by himself as Amelia watches from afar? Somehow, this episode has done nothing but land us in a bigger mess than where we started!

Related:
Grey's Anatomy: Amelia Is Better Off Alone, and Here's Why

Personally, I think Amelia had the right idea. We've seen how sweet the pair can be when they're happy, but there are fundamental differences between them that will always cause a problem. It's obvious that Owen's feelings for Teddy are still unresolved, and for the sake of Amelia's sanity, she needs to be with someone who she doesn't feel has to "choose" her all the time, as Owen insinuated he has. She needs someone who chooses her from the get-go and doesn't waver — or she just needs to find happiness alone. Owen just seems to need Teddy. We'll have to wait to see if either of them gets their happily ever after — whether it's together or not!