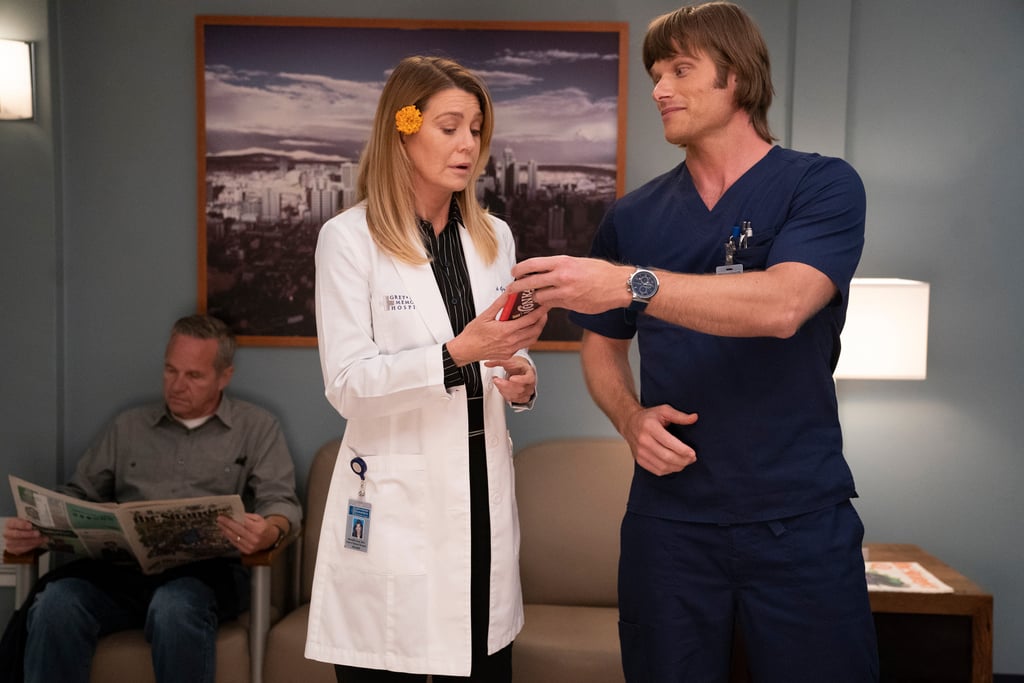 Oh No, I Am DEFINITELY Shipping Meredith and Link on Grey's Anatomy

Meredith is dating up a storm on Grey's Anatomy! The medical genius has already had a swing and a miss with the one and only Josh Radnor. On this week's date, she bemoans her relationship with her father (or lack thereof), and things don't really go much farther from there. But here's the gag: Meredith keeps insisting she doesn't want to date a doctor, and continues to outsource her potential romantic partners, but she clearly has a man right there who would be such a good catch! I know you know who I'm talking about, people! It's Doctor Atticus Lincoln, and I'm slowly developing a serious crush on him, and all I'm saying is Meredith better get with it before I steal her man.

In the few short episodes we've seen from season 15, I've come to a few conclusions. First, Dr. Link is a hottie with a body. Second, and more importantly, he also happens to have a heart of gold. Have you seen him interacting with children? Did you see him cut his hair for that poor boy with cancer this week? Third, he's clearly into Meredith, and fourth, they obviously have chemistry! I enjoy watching their scenes together! Dr. Link is basically the new McDreamy. Honestly, he's a bit of an improvement, because let's be real, Derek could be a real pompous jerk sometimes.

Anyway, thanks for coming to my TED talk. Look, there are even people out there who agree with me!

Previous Next Start Slideshow
Grey's AnatomyTV
Around The Web

The Voice
This Voice Singer Was So Good, John Legend Turned His Chair on the Very First Note
by Kelsie Gibson 34 minutes ago