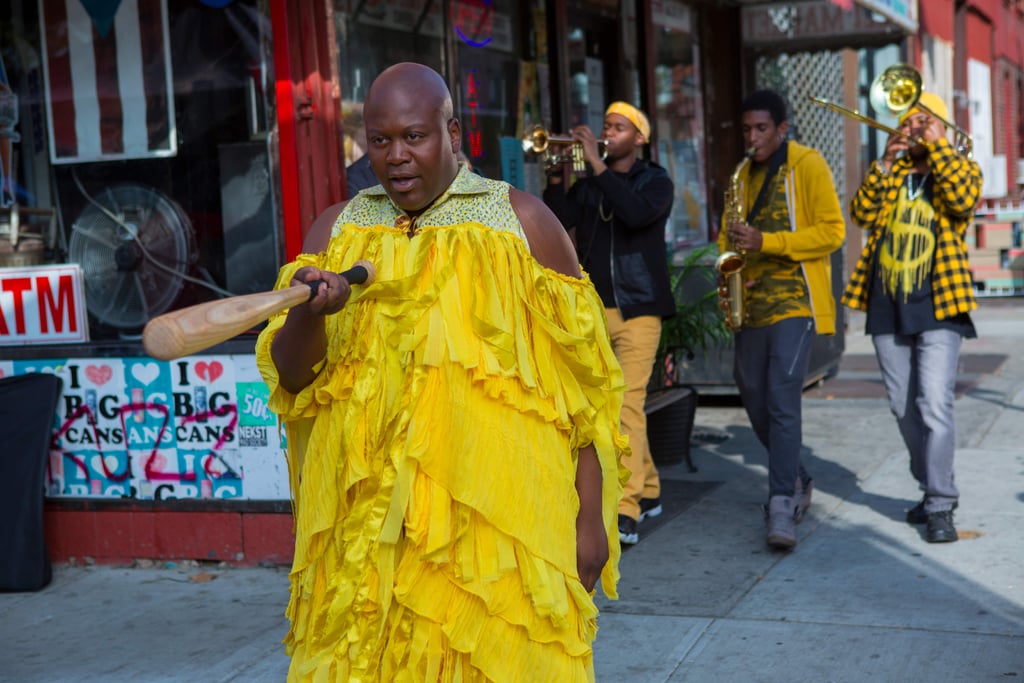 Unbreakable Kimmy Schmidt has a lot going on in every episode. From Lillian and Jacqueline bringing their own individual brands of crazy, to Kimmy's adorably fresh take on the world, to whatever amazing one-liner is going to come out of Titus's mouth next — sometimes the series even manages to delve into Kimmy's trauma from being in the bunker and still keep its wicked sense of humor.

But perhaps the most fun ongoing thread is Titus's musical antics. Actor Tituss Burgess is carrying around some legitimate talent with those golden pipes, made all the funnier because of the absurd things he sings on the show. To celebrate Kimmy Schmidt's triumphant return to Netflix for season three, we're ranking Titus Andromedon's best musical moments. Be warned: There are a few included here from season three, so light spoilers ahead if you haven't watched it yet.

Netflix
Will The Watcher Ever Be Revealed? Everything We Know About Season 2
by Megan Hippler 4 days ago