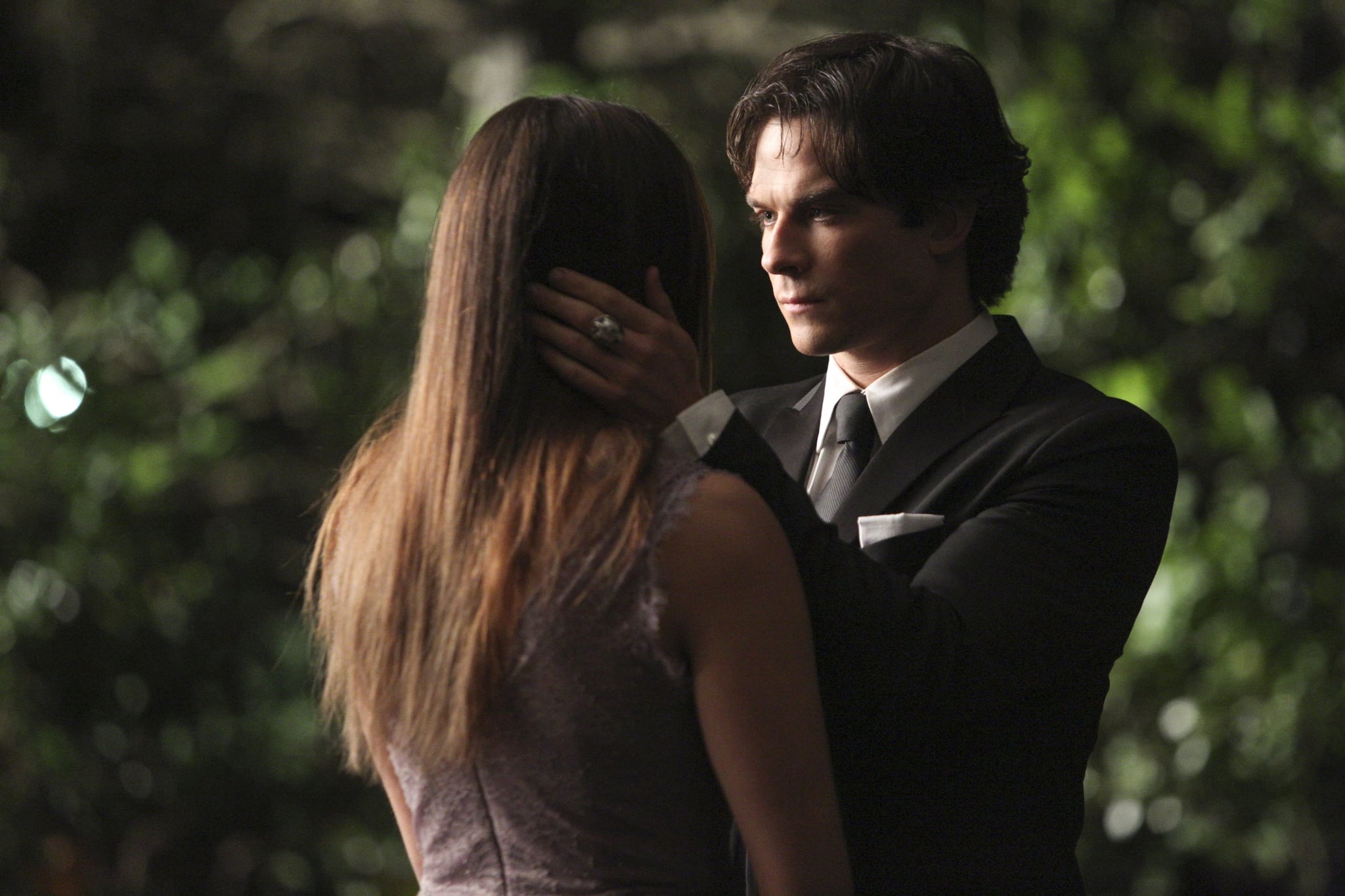 The end is near, you guys. In less than one week, we will have to say goodbye to The Vampire Diaries — forever. It will be hard to let go (who can forget all those shocking moments and sad songs?), but we can't help but feel a little excited for the final chapter. Not only has the cast given us a few tidbits, but Julie Plec has also spilled a whole bunch of details. If you're curious about what's to come, keep scrolling for everything we know about the last episode of TVD.

The series finale is titled, "I Was Feeling Epic," Lexi's famous line during season one, episode eight. Seeing that she was actually giving advice to Stefan about his love for Elena, we're wondering if that means Stelena could be the end game.

Who Will Be in It?

Nina Dobrev's character, Elena, has been showing up in flashbacks this season, but now the actress, who famously left the show after season six, confirmed that she's officially returning for the finale! She did make a promise to Julie Plec to come back and be part of the goodbye, after all. While it's safe to assume that the rest of the season eight cast will appear, Plec also teased that we will see even more returning faces from past seasons. In fact, David Anders, who played Uncle John on the series, recently teased his return by tweeting that he's heading to Atlanta where the show films.

Related:
The Vampire Diaries: I Traveled to Mystic Falls, and This Is What Happened

There Will Be a Flash Forward and Flashback

Plec confirmed that there will be flash forwards and flashbacks in the finale.

Entertainment Weekly broke the terrible news that one of the main characters will die in the finale. We know Elena survives (they say she's the one saying goodbye in the cemetery), but who is in the grave?

Damon and Elena Will Come Face-to-Face

Delena fans can rest assured that the two lovers will be reunited in some way or form in the finale.

Now that Stefan is human, it seems like Klaus and Caroline could end up together. Not only did Plec confirm that the finale would tie into The Originals storyline, but she also teased that there will be some Klaroline action as well.

Bonnie and Kai Will Not Be Endgame

While it seems like some of our favorite ships could be getting a happy ending, Bonnie and Kai will not be one of them. Not only did Plec confirm that Bonkai would not be endgame in the finale, but she also revealed that Kai will not find happiness or peace. Why, Julie Plec? Why?

Katherine Is Coming Back

Not only is Dobrev reprising her role as Elena, but she will also be back as her doppelgänger, Katherine.

The Finale Scene Is at the Salvatore House

Plec confirmed that the final scene of the finale will take place at the Salvatore Boarding House. Take that as you will.

It's Going to Emotionally Wreck Us

Not only did Plec say that the series finale will be sad and beautiful, but she also added that it ranks an 11/10 on the emotional scale. We're not ready!

You can catch all the madness when it airs on March 10.