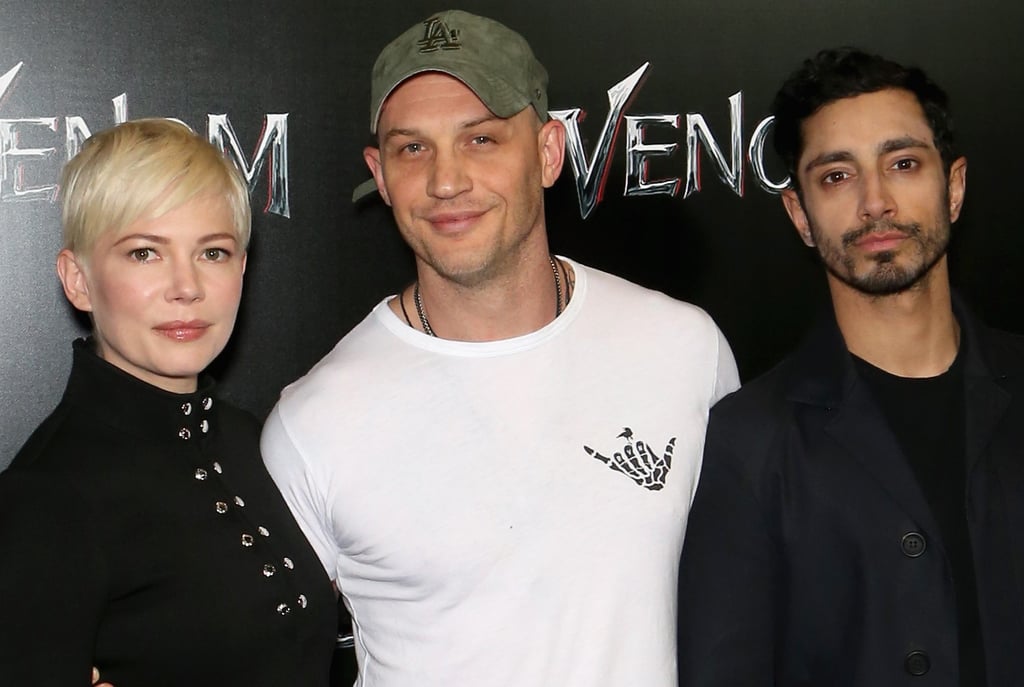 The next Spider-Man installment is still another year away, but in the meantime, we've got the next best thing to look forward to: Spider-Man's nemesis is premiering in his own film, Venom, on Oct. 5. The trailer is already insane enough, but now that the full cast has been revealed, October can't come soon enough. Here's who you can expect to see when this Spider-Man spinoff hits the big screen later this year.

Related:
Tom Hardy Shows Off His Shaved Head as He Hangs With His Venom Costars
0
previous images
-23
more images
Previous Next Start Slideshow
Tom HardyMoviesVenom
Around The Web

HBO
The Scheme: The Complicated True Story of Christian Dawkins
by Amanda Prahl 2 days ago

Movies
Who's Ready For Another Wild Ride? Dwayne Johnson Confirms Hobbs and Shaw Sequel
by Monica Sisavat 3 days ago