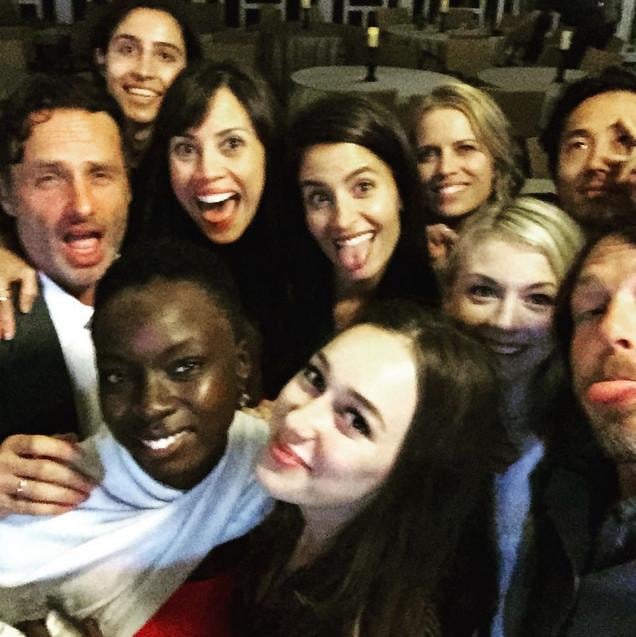 The creators of The Walking Dead and Fear the Walking Dead have denied the idea of a crossover between the two shows, but now we know they were totally lying. Well, sort of. The Walking Dead's official Twitter handle tweeted a picture of the two casts posing for a wacky group shot. Rick Grimes? Check. Kim Dickens? Check. Norman Reedus? Check. Elizabeth Rodriguez? Check. The gangs are all there! And while they're probably not shooting a scene together, at least we can be excited that at one point in history, they intermingled.