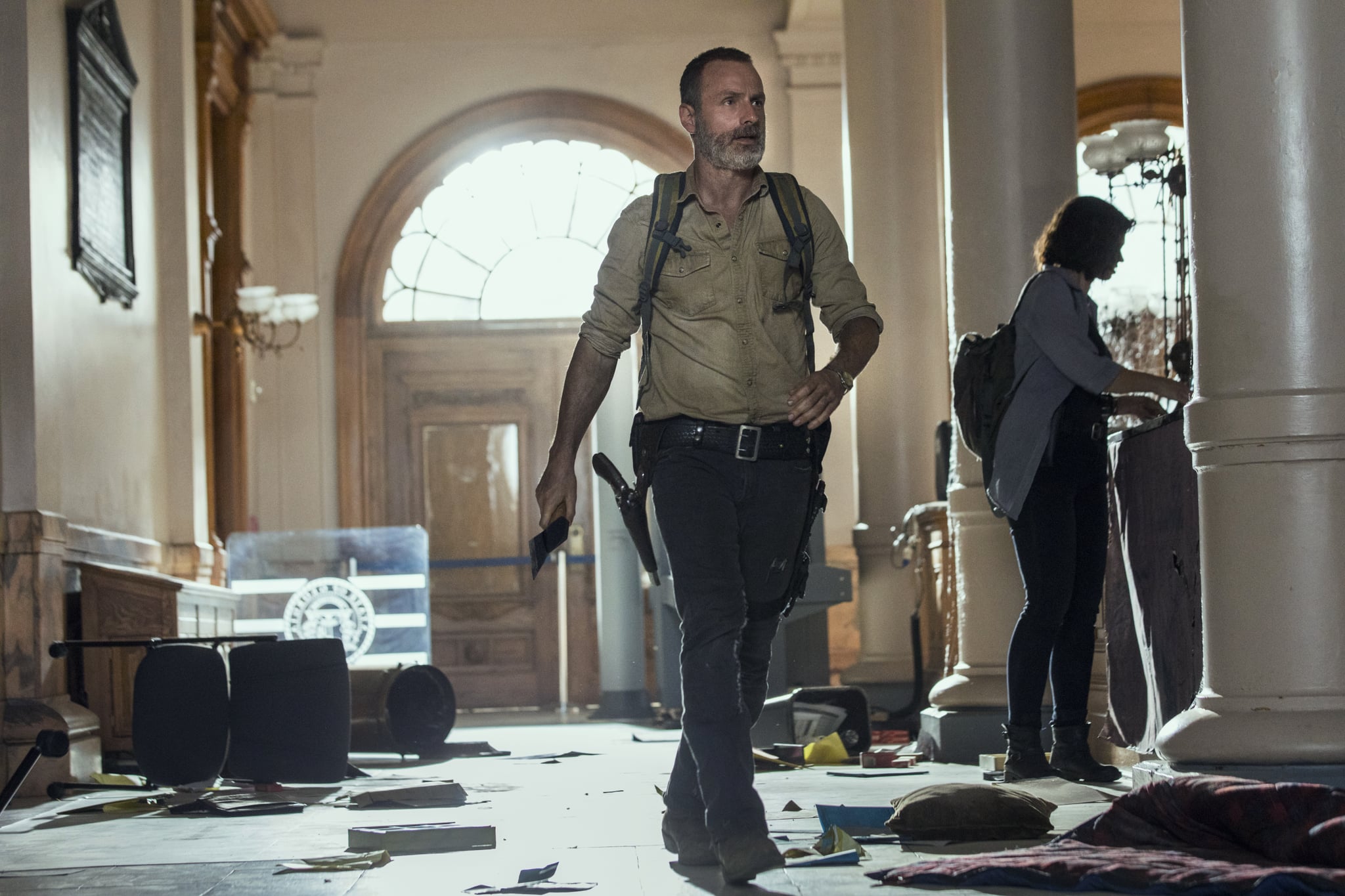 As we get closer to the premiere of The Walking Dead's ninth season, it's becoming more obvious that former showrunner Scott M. Gimple wasn't kidding when he said this season was a new chapter for the series. Not only have changes occurred behind the scenes — with Angela Kang stepping up as the new showrunner and Andrew Lincoln announcing his exit at the end of this season — but we're also seeing a completely new approach to the series' opening credits.

For the first time since the pilot, The Walking Dead is doing away with its standard use of character and weaponry photos for the title sequence. Now the opening credits are an animated design similar to the art used in the original graphic novels. Though it also features iconography associated with popular characters — like Michonne's katana, Daryl's motorcycle, and Rick's pistols — it also highlights that we're focusing on something new in season nine, which is the growth of a civilization. We see trees growing leaves, abandoned buildings being rebuilt, and signs of new life everywhere. It's a testament to the fact that the characters are focused on the future rather than just survival.

Kang revealed to The Hollywood Reporter that the idea behind the new sequence actually came from Gimple, and several companies submitted ideas for the job. The winning sequence was "graphic novel inspired," which Kang was especially excited about. "We're paying homage to some of the iconic moments from the graphic novel," she explained. "Life is coming out of death. Nature's taking over, while other things are crumbling."

Check out the new opening sequence below and get ready for The Walking Dead season nine, premiering Oct. 7.