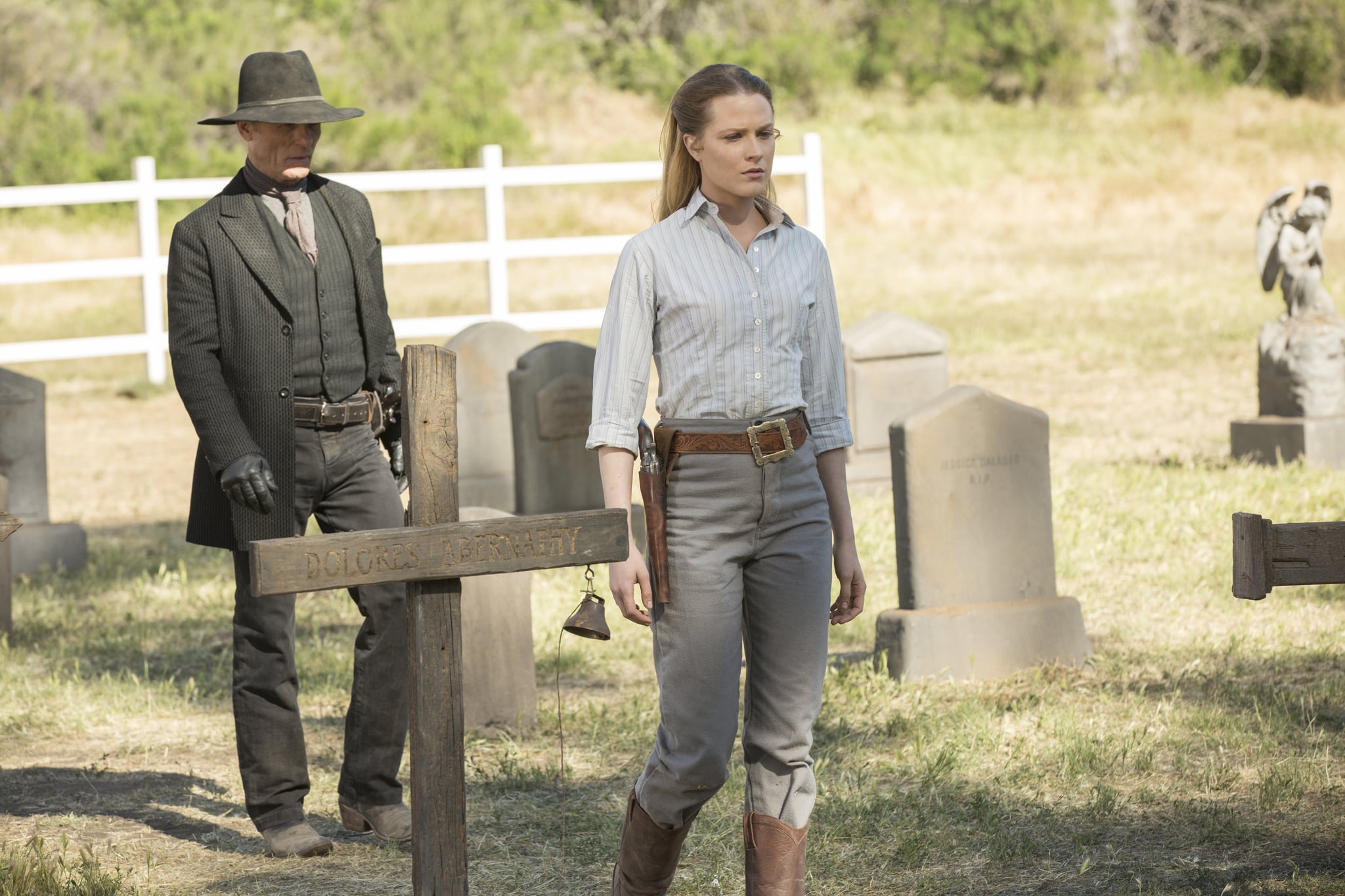 Season one of Westworld has ended, and hot damn. The supersized episode drops a ton of bombs, the first of which is a particularly satisfying confirmation that — spoiler alert! — William is The Man in Black. The twist was actually one of the first major theories to come out of season one, though back then it was just an inkling of an idea. As it turns out, William visits the park decades ago, goes on a journey with Dolores, falls in love with her, finds his inner, murderous self, and fulfills his destiny of buying out the park and returning there for years to come. The finale also finds The Man in Black wildly disappointed that the maze isn't for him, just as Ford has tried to tell him; the maze is for the hosts, a type of humanity test that Arnold had built into the park long ago. But the fun doesn't stop there.

The second big twist is a relatively small moment. Maeve and her small army are attempting to escape the compound, and they end up on a floor littered with hosts, but they've not from Westworld. They're ancient samurai, all in various states of prep. While Felix says it's too complicated to explain, we know what this scene means. Either there's another theme park out there, or there's about to be. Perhaps Westworld is one of dozens?

Finally, Dolores realizes the voice inside her head, the one that's been guiding her, has been her all along. She gains agency and stages a coup by shooting Ford in the back of his head, while he's giving a speech announcing his retirement to a bunch of investors during a fancy dinner. Just as all hell breaks loose, the army of hosts comes out of the woods and opens fire. The Man in Black is the only one pleased to see them, delighted that they're fighting back; it's what he's wanted this whole time.

If you need some time to wrap your head around all this, join the club.

Related:
Westworld: The Meaning Behind "These Violent Delights Have Violent Ends"
Image Source: HBO
WestworldTV
Around The Web

Fuller House
Fuller House: Here's Where Everyone Ends Up in the Heartwarming Finale
by Kelsie Gibson 13 hours ago

Netflix
13 Reasons Why: All the Characters We've Lost Since Season 1
by Corinne Sullivan 1 day ago

Netflix
With 13 Reasons Why Ending, the Cast Wants You to Remember "High School Is Not Everything"
by Kelsie Gibson 1 day ago

TV
I'll Be Gone in the Dark: Why the Suspected Golden State Killer Is Still Awaiting Trial
by Hedy Phillips 1 day ago