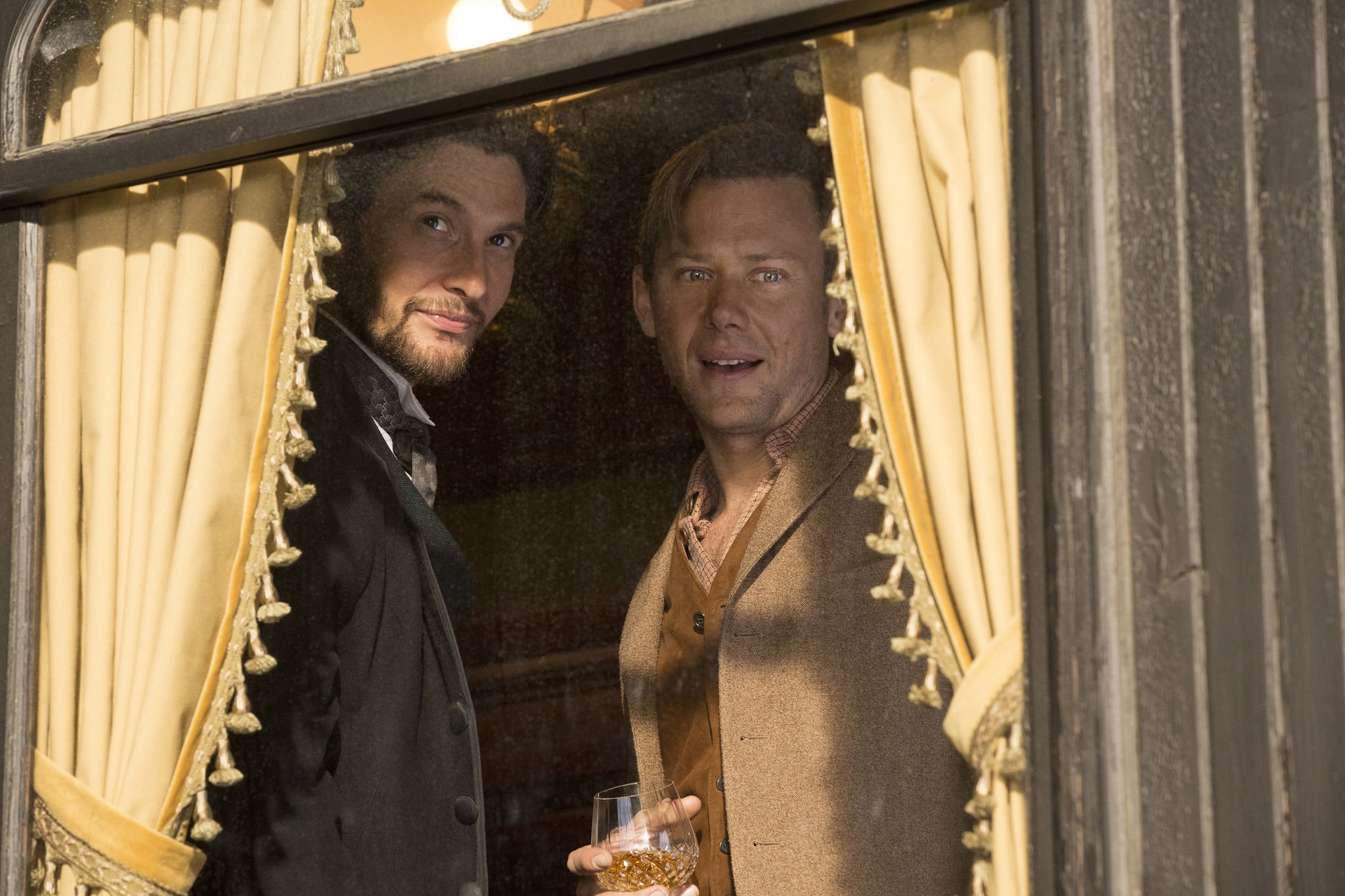 Two episodes in, and I'm hooked on Westworld. HBO's new show has already given us so many violent delights (see what I did there?), and I'm beyond curious to see what happens next. After all, there has to be more to the plot that what we've seen so far. With its plethora of mysterious characters, strange details, and seemingly purposeful inconsistencies, Westworld has posed so many questions already — making it the perfect show to theorize about. Thus, it should come as no surprise that the internet is buzzing about what might be going on under the surface. Last week, I convinced myself that The Man in Black is secretly a robot. I've jumped ship on that theory, and I'm onto a new one. Spoilers follow!

Several Reddit users (including Where_isJessica_Hyde) are theorizing that the timid character introduced in the second episode, William, is The Man in Black. Remember, The Man in Black claims that he's been coming to the park for 30 years, which means that William's storyline is happening three decades in the past. It sounds crazy, but it might be true.

As Reddit user otter454z points out, the logo that flashes in the station when William arrives is different (and markedly more retro) than the logo we see in the modern-day office where the programmers work.

Furthermore, there's a scene in the premiere when The Man in Black picks up the can for Dolores, but he tells her, "I'm afraid I've got other plans tonight, Dolores." When we see William's first day at the park, he picks up Dolores's can and seems enchanted by her. Could these parallel scenes mean something?

If it's true, it would mean that William is about to go through a truly sinister evolution, and that perhaps he's not as shy as he lets on. While there are certainly holes in the theory, it's one that I'm willing to bet on.