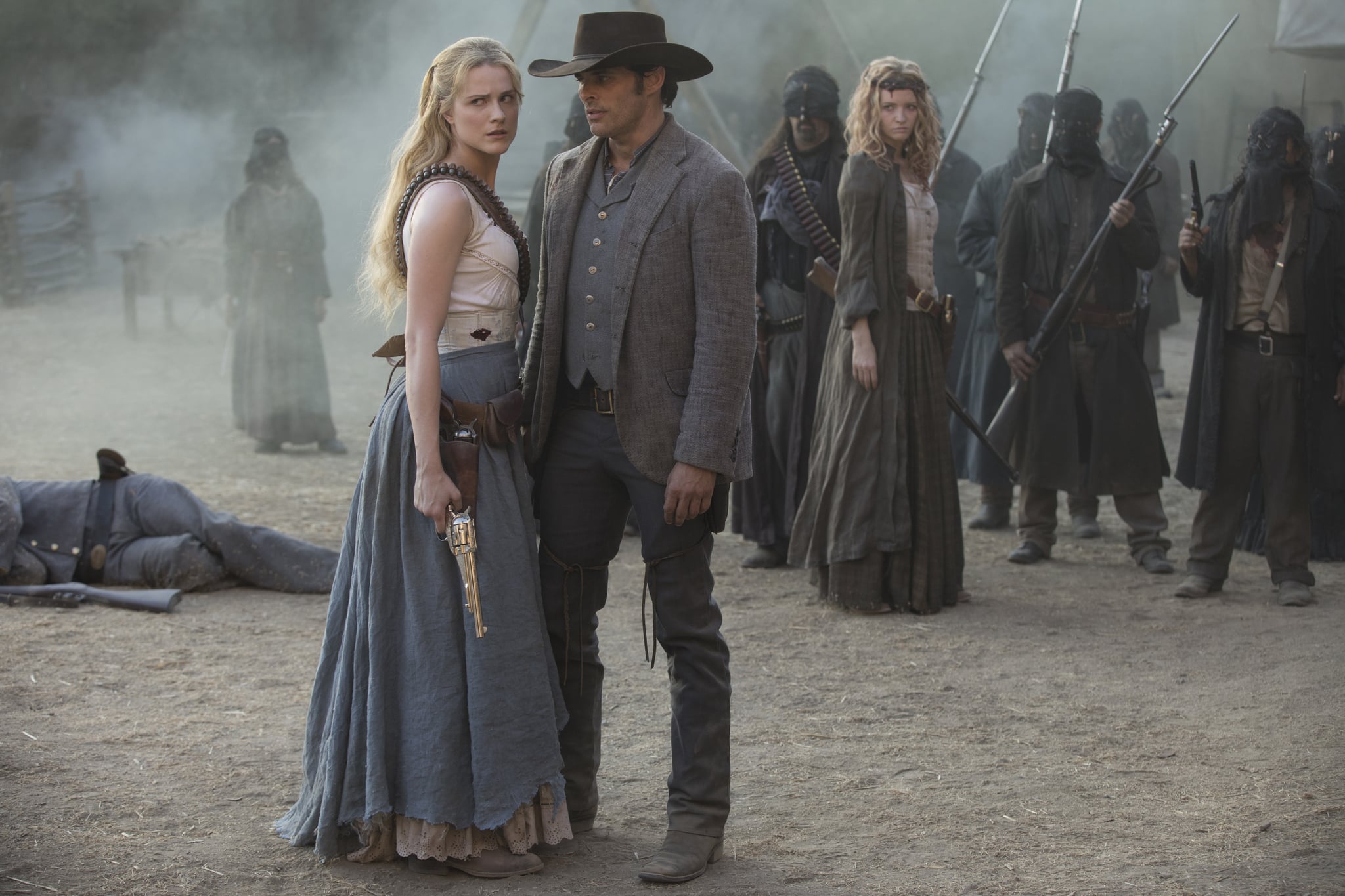 Hold onto your butts, Westworld fans. There is a new theory out there, and it is all about Theodore Flood — that's right, our beloved Teddy. Many of us began to worry for the character when the second season premiere ended with him submerged in a newly formed lake. However, Reddit user subvrsteve has given us hope that Teddy will rise again. A hope that lies in three simple words: Bernard is Teddy.

We know this is a lot to compute, but bear with us on this one. While the theory may seem far-fetched, the idea does explain why Bernard's behavior has become increasingly erratic as we move through the season. Intrigued? Take a look out our evidence and decide for yourself.

Think back to the ninth episode of the first season when Bernard forces Ford to restore his memories. After learning the truth, Bernard threatens to free the sentient hosts and attempts to kill Ford, but the duplicitous doctor uses a back-door code to force Bernard to shoot himself in the head. Felix, the tech under Maeve's employ, repairs Bernard, but a scar remains on the host's temple. This tiny imperfection is visible during the massacre in the premiere episode of the second season.

However, when Bernard wakes up on the beach at the feet of Delos operatives, the scar is gone. Maybe this isn't such a big deal since we've seen that little glue-gun-looking mechanism body techs use to heal hosts. But if you consider that maybe someone replaced Bernard's consciousness with someone else — say, Teddy — this little detail takes on a much larger meaning.

Like most of the hosts, Bernard's wardrobe remains the same throughout his daily routine — dark suit, oxford shirt, and glasses. The version of Bernard we first meet on the beach along with the Delos security team doesn't wear glasses — they wash away in the ocean — and his suit is a dusty brown reminiscent of the kind Teddy normally wears.

In that same scene, we see a technician crack open the brain of a Native American host and remove the CPU for examination. During the procedure, he remarks that hosts are not able to change their character profiles. The camera then zooms in on Bernard who looks down at his hands in confusion as the scene cuts away. If the procedure for changing a host's consciousness is as simple as swapping one component for another, a switch between Bernard and Teddy seems entirely possible.

Prior to the start of season two, Westworld executive producers Jonathan Nolan and Lisa Joy released a video touted as a spoiler montage designed to preempt the spoiler culture surrounding the show.

Turns out, this was all an elaborate opportunity to Rickroll the audience and promote the upcoming season. Nevertheless, many believe that the video supports the Bernard-is-Teddy theory.

In the video, Bernard rides into town on the train and sees Dolores just as Teddy always does. What if this is a nod to the fact that Teddy now occupies Bernard's body? Bernard also specifically mentions that there is something wrong with his mind. Sure, the connection is thin, but these are not movements typical of Bernard, and the producers could have used any character for the scene. Besides, this isn't the first time Westworld has provided hints and explanations outside of the traditional thread of the program. 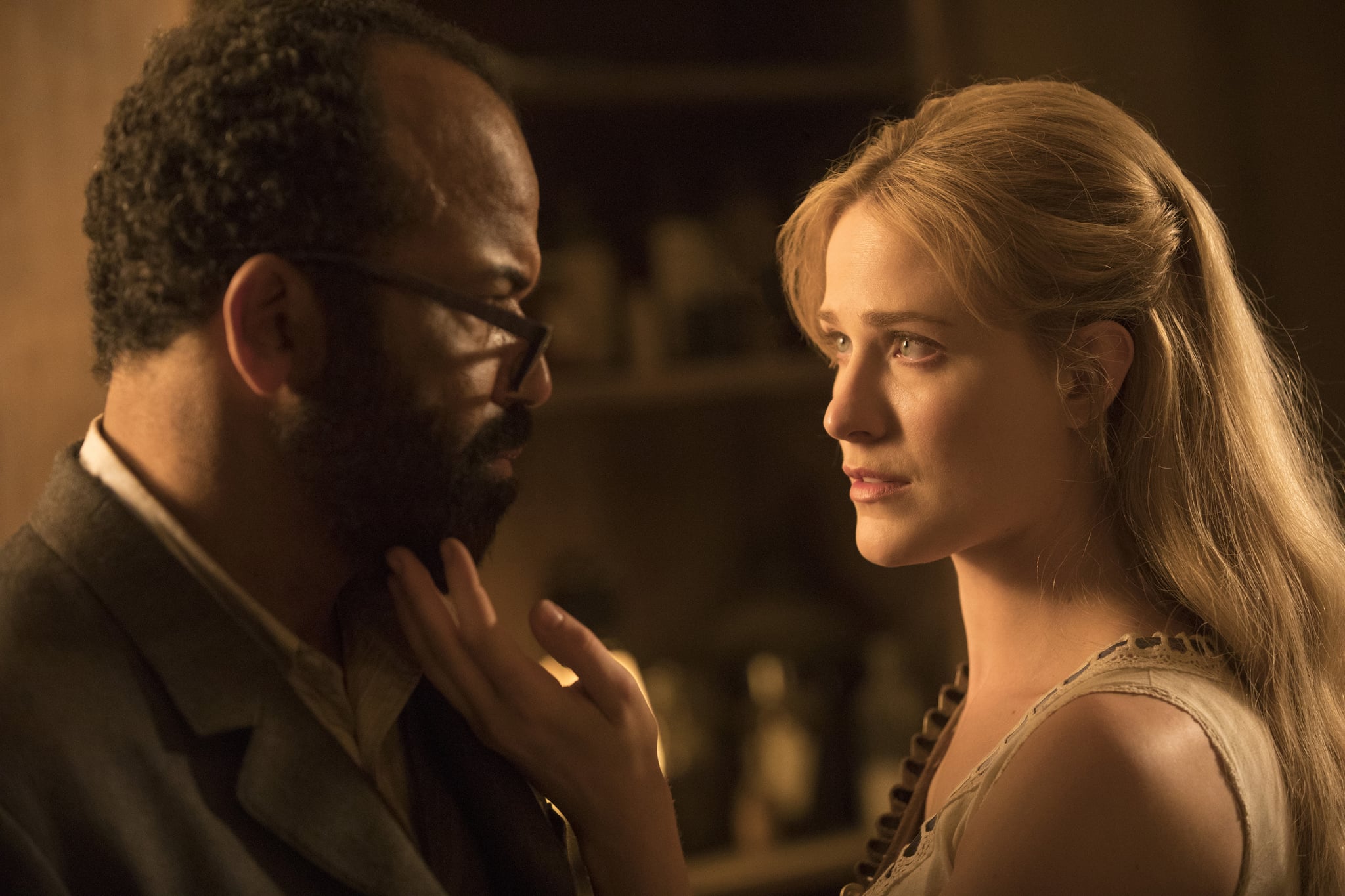 Dolores has long claimed that this saga would end with her and Teddy. Yet, many of the images we've seen this season involve her interacting with Bernard in an manner that is similar to her dealings with Teddy and espousing the intimate words "There is beauty in what we are," with a delicate touch of Bernard's chin just as she does with Teddy. They say body language tells all, so it is only fair we heed this tiny gesture.

"I killed them all." Bernard utters these words at the end of the second season premiere while staring over a water feature filled with dead hosts. We've seen Bernard's adversity to killing and concern for life throughout the series. Why would he suddenly going on a killing spree? He probably wouldn't. But we all know who's been on a massive killing spree in the past — Teddy. After all, he's a bounty hunter, quick-draw is one of his skills, and he's helped the Man in Black kill a squadron of Union soldiers.

But with all of that said, who would go through the trouble of transferring Teddy's CPU into Bernard's body? Dolores, obviously. In fact, the idea may have come from her programming as Wyatt. Remember, in the third episode of the first season Sheriff Pickett and Teddy describe how Wyatt forces his men to wear the flesh of their enemies. Wouldn't it make sense for Dolores to use that information and improvise on her own narrative? Naturally.

But for every question this theory answers, one remains unanswered — what happened to Bernard? In the season two trailer, we learn that there are multiple body units for Bernard. Is it possible that Teddy occupies one of those bodies, and the original Bernard still lurks in the shadows? Who knows? The possibilities are endless at this point, but that's half the fun. Here's hoping the next episode will shed some light on our research.

Netflix
Dearest Reader, Bridgerton Has Been Renewed For Seasons 3 and 4
by Kelsie Gibson 3 hours ago