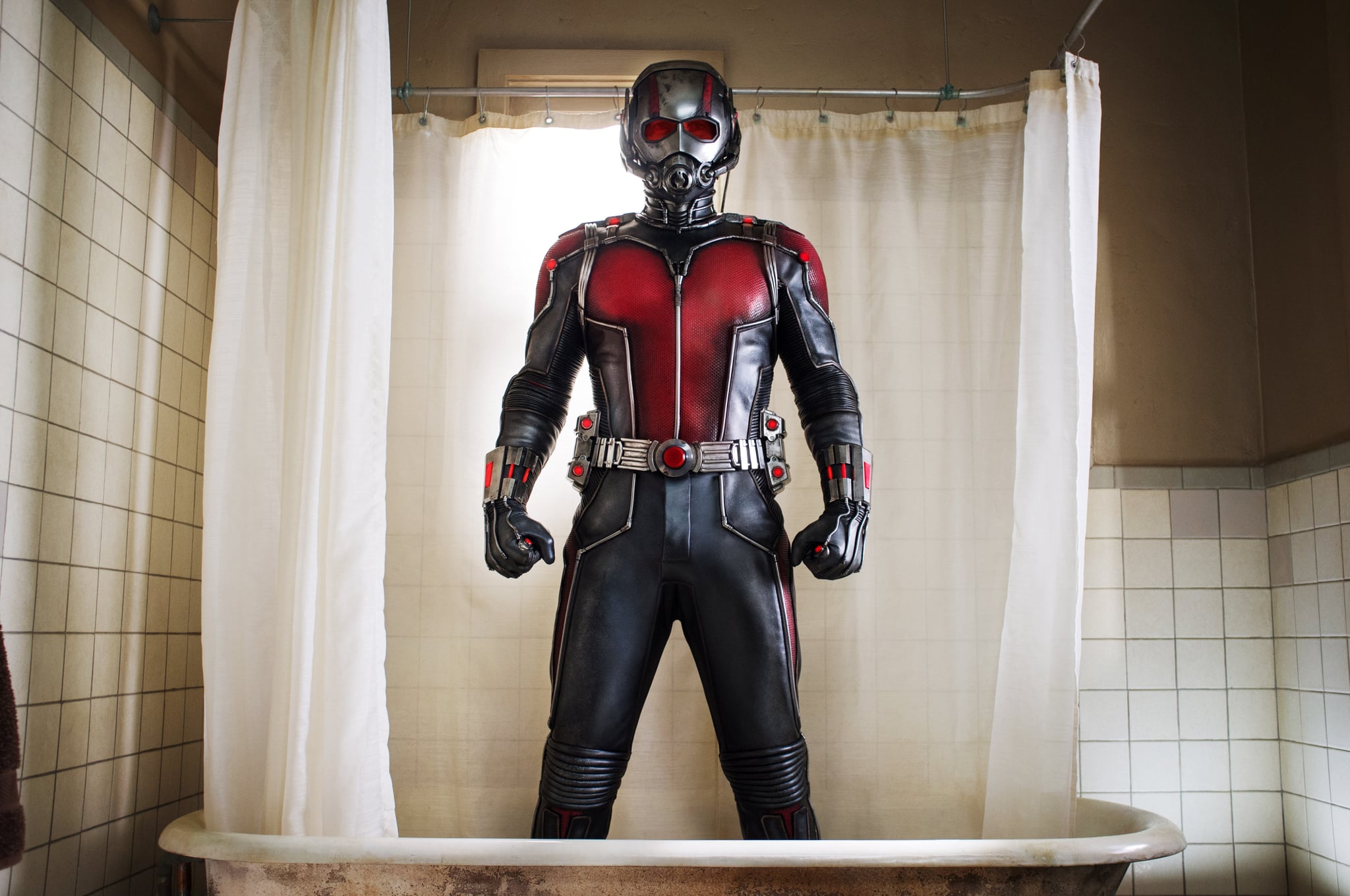 In 2015, a movie introduced us to a brand new addition to the Marvel Cinematic Universe: Ant-Man. The film was only the beginning of this superhero's journey, and we've since seen Paul Rudd reprise his role in Captain America: Civil War. Although he didn't pop up in Avengers: Infinity War, we don't have to wait too long to see Scott Lang do his thing on the big screen; he and Evangeline Lilly will return in Ant-Man and the Wasp on July 6, as well as the untitled Avengers 4 in 2019. Since the sequel is almost here, there's no better time to refresh yourself on just how Ant-Man got his special abilities to begin with.

Related:
Everything You Need to Know About the Action-Packed Ant-Man Sequel

How Does Ant-Man Get His Powers?

In the comics, Scott Lang is an electronic engineer who can't support his family, so eventually he turns to a life of crime. He gets caught and sentenced to five years in jail, but gets out on good behavior. After being freed, he begins working at Stark International as an electronics expert. When his daughter Cassie is diagnosed with a serious heart condition, Lang seeks Dr. Erica Sondheim to help him and decides to start stealing again in order to survive. He breaks into the house of Dr. Henry Pym, the original Ant-Man, to steal the Ant-Man suit, but doesn't realize Pym is watching the whole thing. Once Cassie's life is saved, Lang has every intention of returning the Ant-Man suit to Dr. Pym, but Pym lets him keep the suit under the condition he will use it for good.

The movie version of Scott's story follows much of the same arc, seeing the electrical engineer hacking into an evil corporation (Vistacorp) that's overcharging their customers and giving the money back to the people who deserve it. The move lands him in jail, and when he gets out, he vows to do better for Cassie. The lack of cash flow, however, lands him back with his criminal buddies, and they pull off a heist in billionaire Hank Pym's home. Once Scott gets his hands on the suit, he gets close with Pym and his daughter, Hope, and becomes a full-on superhero.

What Abilities Does Ant-Man Have?

Whenever Lang has the suit on, he has "the ability to shrink to roughly the size of an ant," and "punch with as much force as a normal-sized person," according to his Marvel bio. As we see in both Civil War and the trailer for Ant-Man and the Wasp, the suit also allows him to become a giant. The suit's helmet gives him the power to "communicate telepathically with insects," control them, and even amplifies his voice so a normal-size person can hear him. It also has wrist gauntlets, which enable him to shoot bioelectric blasts.

How Does Ant-Man Tie Into the Avengers?

Thanks to the Ant-Man and The Wasp trailer, we know the film takes place during the events of Avengers: Infinity War. This suggests that the two superheroes are going to be a major part of defeating Thanos in Avengers 4. Will we see Scott and Hope team up with Captain Marvel to bring down the evil Titan? Something tells us their adventures into the quantum realm are going to come in handy.