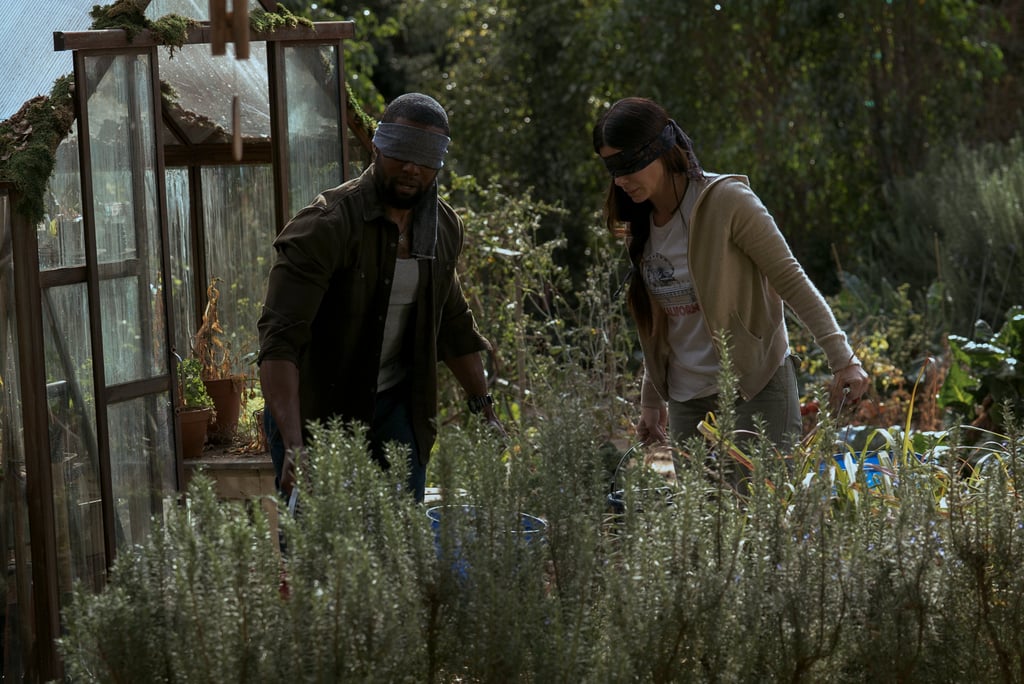 A "Bird Box Challenge" Now Exists, and Netflix Would Really Like You Not to Participate

Happy New Year! What's a better way to start off 2019 than finding out that the youth are willingly blindfolding themselves and wandering about the world, just like the characters in Bird Box? The movie made its Netflix debut nearly two weeks ago, and it's already broken viewership records and inspired a viral challenge on social media.

For anyone who opted out of tuning in throughout the holidays, the movie sees a handful of its main characters forced to wear blindfolds to avoid a mysterious creature that forces anyone who looks at it to commit suicide. The #BirdBoxChallenge was created by fans looking to mimic the actions of those in the movie, sans the deadly entity, of course. The rules of the game are pretty simple: put on a blindfold and attempt to do everyday tasks. Naturally, most people who have taken part in the challenge have uploaded videos of their results to social media, and even the hosts of Good Morning America got in on the fun.

Netflix, however, has already responded to news of the challenge and issued a brief statement to the public via Twitter. "Can't believe I have to say this, but: PLEASE DO NOT HURT YOURSELVES WITH THIS BIRD BOX CHALLENGE. We don't know how this started, and we appreciate the love, but Boy and Girl have just one wish for 2019 and it is that you not end up in the hospital due to memes," the streaming platform wrote. As ridiculous as this all sounds, it's no #TidePodChallenge, so at least we have that. Check out some videos of the #BirdBoxChallenge ahead.

Movies
Zawe Ashton on Bringing Her "Quirky" Love Story to Life in "Mr. Malcolm's List"
by Victoria Edel 10 minutes ago