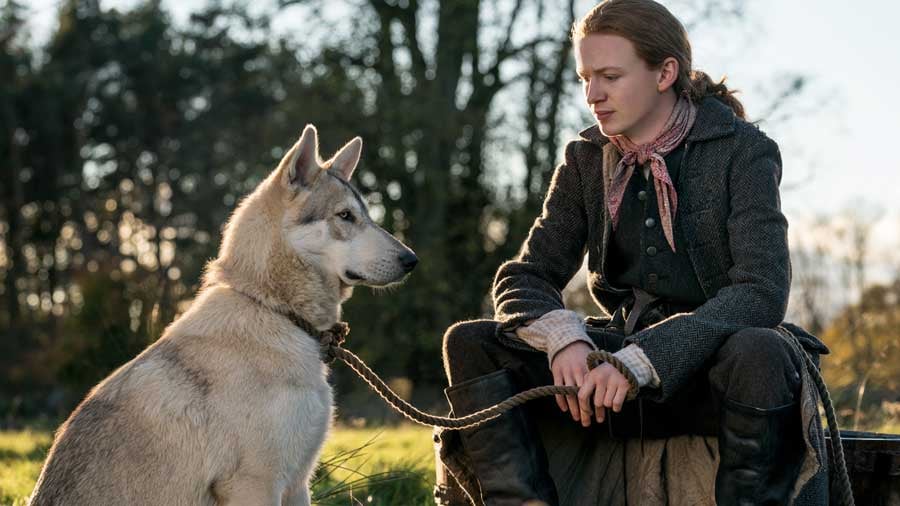 A beloved character is introduced into the Outlander family in season four when young Ian (John Bell) wins his faithful companion, Rollo, in a dice game. In the books, Rollo becomes a staple of the Fraser clan, protecting them from would-be threats and helping with things like hunting and fishing.

But book readers may have noticed during the season four premiere that Rollo is not exactly what they were picturing in their heads. In the book, Rollo is described as a hybrid of an Irish Wolfhound and an actual wolf. The dog on the show is clearly a very different breed. So, why the change?

In an inteview, executive producer Matthew B. Roberts told us that the Rollo they cast — which is a Northern Inuit, for those who are wondering — was simply a matter of logistics and trainability.

"[Northern Inuits] are very low-key, very mellow. They like people, and the trainer was used to working with them, so that was one big reason," said Roberts, adding that this change did then cause the writers to have to tweak Rollo's character a bit. 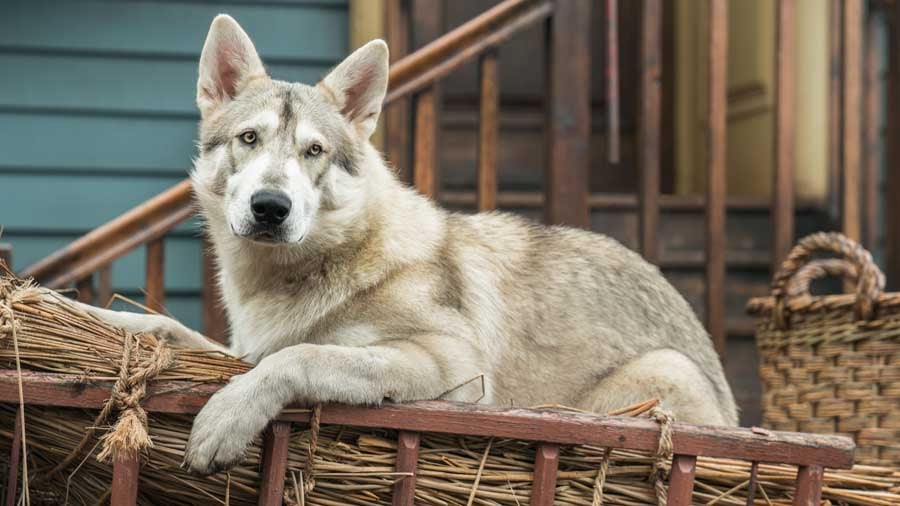 "Rollo in the book growls and gets vicious when you need him to get vicious. He also fishes and does all these amazing things," says Roberts. "But [the dog we cast] is very lovely and liked everybody and licked everybody all the time. Rollo runs around a lot and does certain things, but he's not quite the vicious dog [from the book]. We made some adjustments for Rollo. But he's a lovely dog."

Roberts went on to say that this is actually something they've discussed at length in the writers' room — meeting fans' expectations for what they've pictured in their heads as they read the books. It's a tricky line to walk sometimes.

"They read the books, and they imagine certain things, and they're described a certain way, and sometimes you can't find the exact thing that you are looking for physically in where we shoot," Roberts explained. "So finding that crossbreed Irish Wolfhound-wolf thing, you're like, 'Well, that's gonna be hard.' [Laughs] . . . [You need] an Irish Wolfhound-wolf crossbreed, and then you go, 'OK, can we find one that's 8 to 12 weeks old? Can we actually get the dog to a trainer and have it trained over this amount of time?' Finding one somewhere in the world might not be a problem, but finding one in the world where we would be in control of buying it, giving it to the trainer, and then trained to be safe for the dog and safe for the actors and the crew?" 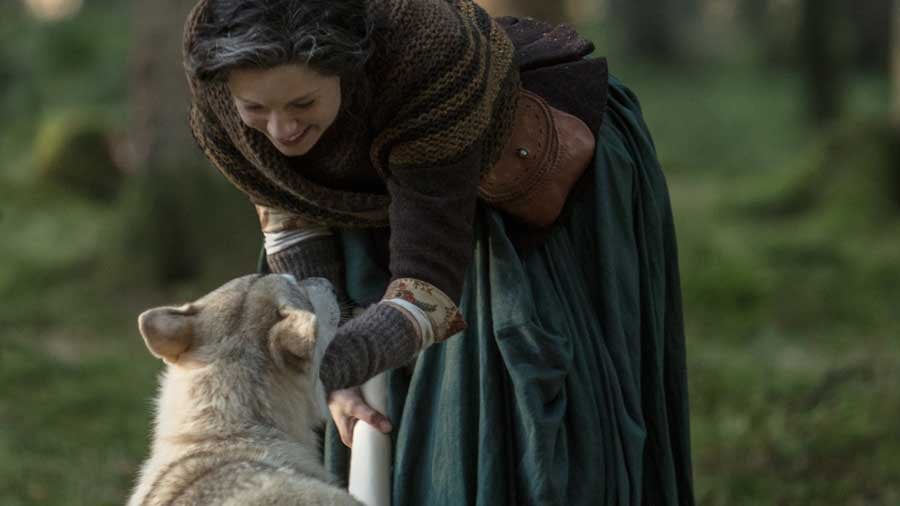 And, of course, safety is the utmost importance, and an actual Irish Wolfhound-wolf crossbreed dog may not be as safe as a Northern Inuit.

"There are all those things you have to take into account, whether it be a horse or a mule or a pig or anything that we put next to our actors and our crew. Safety is very important," said Roberts. "When we did the boar in season one, all the boar stuff we shot was shot through fences. We never put anybody next to a live boar because they're unpredictable. There's no such thing as training a wild boar. That's the kind of thing we knew — Rollo would have to live with the family, so you have to have total control over the training of the dog. So it's better to err on the side of Rollo is just kind of a lovely, beautiful lapdog than [something else]."