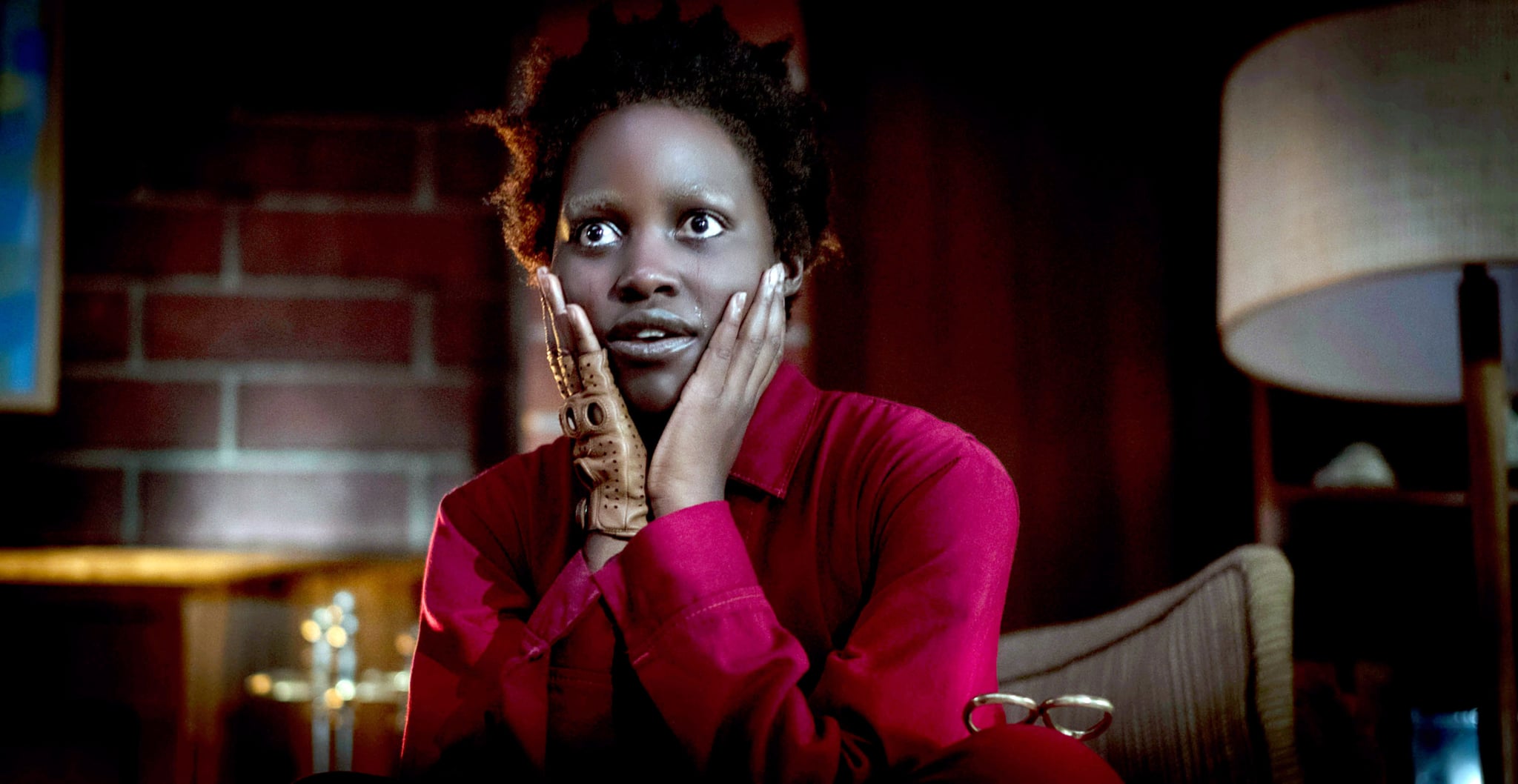 Jordan Peele's new horror thriller Us is creeping out audiences left and right. With a series of unsettling twists — some of which are all the more unsettling for being somewhat plausible — Us has become the buzzy movie sensation of the Spring.

One of the big twists in the movie is the presence of evil doppelgangers called the Tethered, the results of a government cloning experiment gone awry. Although few of the doubles are named on screen, the end credits reveal that all of them have names — some of which are laden with meaning.

Red (Lupita Nyong'o) is a nickname that has some historical significance, especially in the context of a rebel character. Malcolm X, in his early years of criminal activity in Harlem, went by the nickname "Detroit Red." In American culture, "red" is a historically loaded term in other ways, as it has typically been a word used pejoratively to in reference to communism, specifically the "Red Scare" of the mid-20th century. Us is, fundamentally, an American horror tale, so using the "red" label carries some serious weight.

Horror movies share a lot of elements with fairy tales — mysterious walks in the woods, archetypal characters, heightened realities — and red can also be seen as a reference to a fairy tale: Little Red Riding Hood. That "Red" also made a treacherous journey through the forest and encountered something frightening.

Abraham, another one of the more notable Tethereds, has a pretty distinctive symbolism to his name. Abraham was a key figure in biblical tales, as one of the early figures in Genesis. This Abraham had his devotion to God tested by being asked to sacrifice his own son, and he almost went through with it. It's also worth noting that Abraham is played by Winston Duke, whose other character is named Gabe — short for Gabriel, another significant name from the Bible (Gabriel was the archangel who announced the forthcoming births of Abraham's son Isaac, John the Baptist, and Jesus).

There are other characters whose names are related to cultural lore or mythology of some kind. One of the Tethered is named Pluto (Evan Alex), who, in Roman mythology, is the god of the underworld (pop culture today probably knows him better by his Greek name, Hades). It's a suitable name for a character who ascends from underground! Another figure from mythology pops up in the naming of the Tethered as well. Io (Cali Sheldon), one half of a set of doppelganger twins, shares a name with an important mortal in Greek mythology. Io was a mortal lover of Zeus, king of the gods, and through this relationship, she was the ancestor of major kings and heroes. One of the moons of Jupiter (named for the Roman name for Zeus) is named Io after her.

Others among the Tethered have names that evoke known figures from pop culture. One, for instance, is named Dahlia (Elisabeth Moss), which evokes the Black Dahlia murder. Her doppelganger, Kitty, is also named after an infamously murdered woman, making this character a sort of amalgamation of "pretty murdered white women" that horror films and true crime stories love to focus on. And Eartha (Anna Diop) seems like it could possibly reference singer Eartha Kitt. The wide range of pop culture references are fun (and kind of eerie) Easter eggs for viewers in the middle of an incredibly tense film.