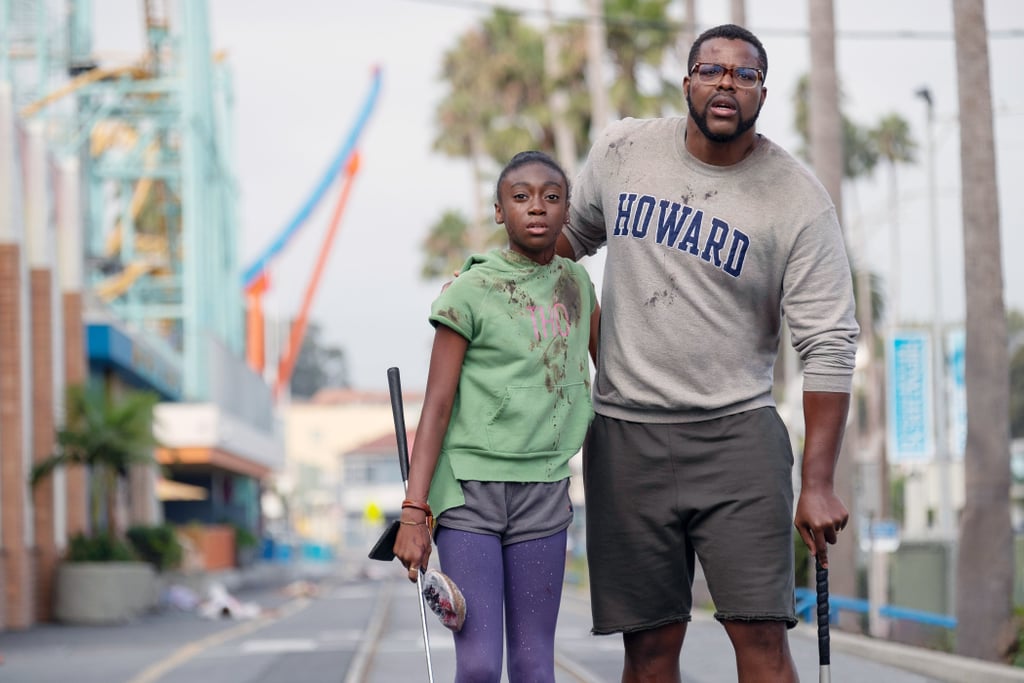 He Looks Very Different in Us, but Yes, That's M'Baku From Black Panther

We've been mentally preparing for weeks to finally watch Jordan Peele's new scary movie Us. Besides being excited for the film's awesome soundtrack, we're also thrilled to see what this star-studded cast brings to the big screen. The lineup includes Lupita Nyong'o, Winston Duke, Elisabeth Moss, and Tim Heidecker. In case you haven't put it together, this film is not the first time Nyong'o and Duke have collaborated. The two both starred in last year's game-changing blockbuster Black Panther. Duke played the role of M'Baku, the leader of the Jabari tribe who poses a huge threat to T'Challa in the beginning of the film. In fact, according to The Hollywood Reporter, his Black Panther role almost cost the actor his chance to play Gabe Wilson, because Peele was worried it would hinder the audience's fear response.

"It would take away from our ability to feel afraid [for the family] if they have M'Baku on their side," Peele explained. "[However], Winston had this charisma that just stole scenes and really left an impression."

Duke reprised his role of M'Baku in Avengers: Infinity War in 2018, and yes, he will be back for Avengers: Endgame this year. Beyond Marvel's franchise films, Duke has also made a name for himself in a variety of television series. In 2016, he played Dwight, a hilarious high school football player, in Modern Family. Prior to that, he played Zahir Zakaria in the 2015 television series The Messengers. And he had a huge part from 2014 to 2015 on the series Person of Interest. He portrayed Dominic, or Mini, the leader of a drug gang called the Brotherhood.

In the future, alongside his appearance in Avengers: Endgame, you can also expect to see the actor in 2019's Wonderland, a Peter Berg-directed film also starring Mark Wahlberg. Until then, we'll just have to let Duke scare the living daylights out of us in Us.

Channing Tatum
If Anyone Could Rescue the Bodyguard Remake For Us, It Would Be Lizzo and Chris Evans
by Kelsey Garcia 4 days ago

Amazon
How Fast Can You Guess the Ending of Amazon's The Voyeurs With These Chilling Easter Eggs?
by Chanel Vargas 5 days ago