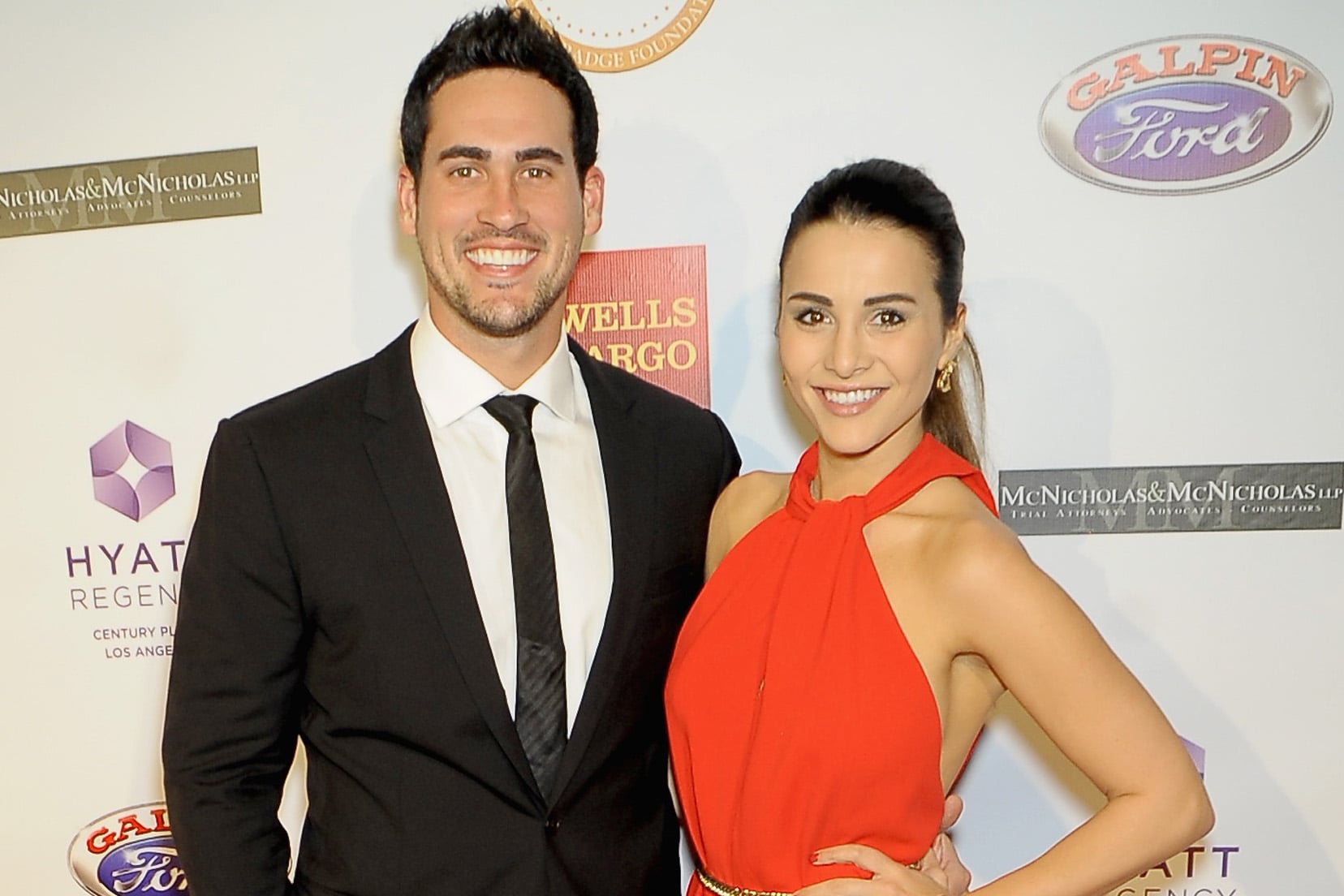 Though she's not on Bachelor in Paradise, former Bachelorette Andi Dorfman's presence has loomed over the whole season. Ever since Josh Murray came in and staked his claim on single mom Amanda Stanton, members of the beach house have been whispering about the damning quotes in Dorfman's book.

Things came to a head this week when twins Emily and Hayley Ferguson voluntarily left the show, and before they walked away, they tearfully told Amanda to "be careful" with Josh. Once Josh found out, he called the entire crowd to the beach and finally had it out with Nick Viall, who had told the twins (and Amanda, at one point) that he didn't trust Josh. But what does Andi's book, It's Not Okay: Turning Heartbreak Into Happily Never After, say about Josh? Well, it's not great. The Huffington Post published several statements from the book, which Josh calls "fiction." Here's a rundown of the claims.

Related:
Shocker: Nick Viall Is the Next Bachelor!

When the Bachelor in Paradise cast first started talking about the book on an episode several weeks ago, Dorfman simply tweeted this:

Josh, on the other hand, has repeatedly defended himself on Twitter, saying "Enough is enough" and "I say what I mean and I mean what I say, sorry for being me."

Let's hope that the truth comes out soon enough, whatever it is.