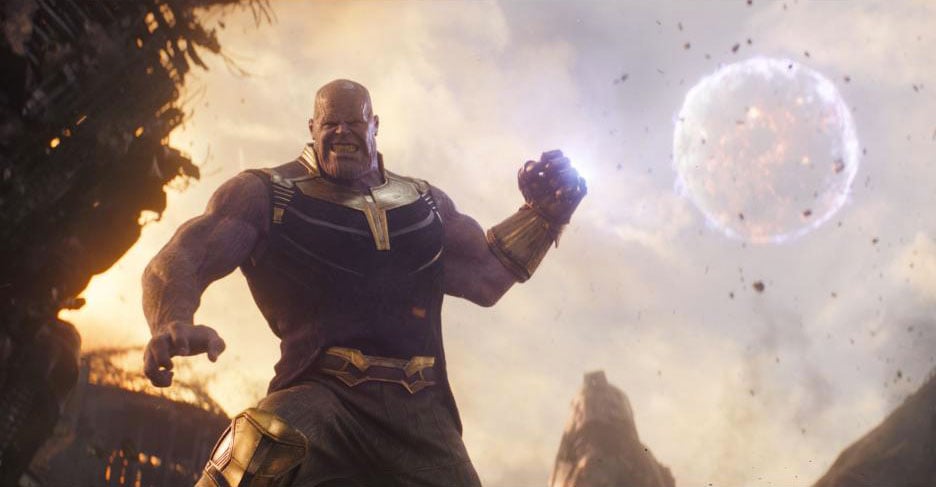 Hooooo boy, the Avengers have their work cut out for them in the trailer for Avengers: Infinity War. (Don't @ me for retreating under my desk after watching it, OK?) For the first time, we finally have an idea of what they're up against when it comes to Thanos, the Mad Titan, who's been lurking in postcredits scenes for years. Unfortunately for the team, the most formidable villains often believe they're actually the hero in the story, and Thanos does too. So what does he actually want?

To Gather the Infinity Stones

Thanos's first order of business is to collect the Infinity Stones, all-powerful relics left over from the creation of the universe. While each stone is more than impressive enough on its own, Thanos needs all six to complete his real goal, which is where the Avengers come in. Thanos's quest for the stones brings him to Earth, where at least two of them currently reside: the yellow Mind Stone embedded in the Vision's forehead and the green Time Stone worn by Doctor Strange.

Why does Thanos even need the Infinity Stones, though? Well . . .

To Destroy Half the Universe

Gamora (Zoe Saldana), Thanos's "daughter" of sorts, helpfully sheds a bit of light on the situation for Tony Stark, but it's not exactly good news. "The entire time I knew him, he only had one goal: to wipe out half the universe," she says. NBD, am I right? "If he gets all the Infinity Stones, he can do it with a snap of his fingers. Just like that."

President of Marvel Studios Kevin Feige expanded on Gamora's claim in an interview with Entertainment Weekly. "[Thanos]'s from a planet called Titan that's no longer inhabited because of things that he thought he could help prevent, and he was not allowed to do that. What he feared most happened, and the planet and everybody on it basically went extinct. He vowed not to let that happen again. He thinks he sees the universe going down the tubes. He thinks he sees life expanding outward unchecked. That will bring ruin, he believes, to the universe and to that life."

So, Thanos wants to save (half of) the universe by . . . ending (half of) the universe. Seems legit, I guess, since bad guys rationalize that kind of thing all the time — HYDRA supposedly thought attempting to murder 20 million people in Captain America: The Winter Soldier was good for the world, too.

Luckily for the universe, but probably not so luckily for the Avengers, Tony Stark comes up with a plan. "We have what Thanos wants," he says in the trailer, talking about the Infinity Stones, "so that's what we'll use." In theory, the Avengers have two of the stones to use and protect at once, but so does Thanos — and it might not end well for anyone at all.