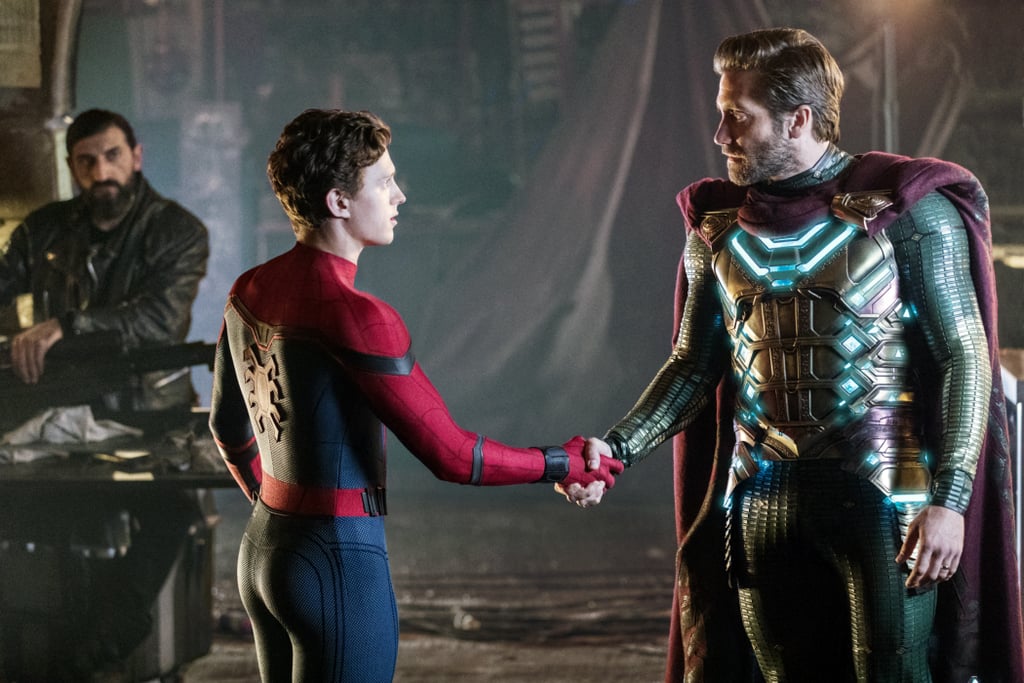 As the final movie in the Marvel Infinity Saga and the official end of the Cinematic Universe's Phase Three, Spider-Man: Far From Home is more than a film about Peter Parker's Summer vacation in Europe — it's our first look at a world post-Thanos. As such, the movie tells us where the MCU stands and teases what we can expect for the future, all while putting poor Peter through the emotional and physical wringer (seriously, some of those hits look painful).

The movie manages to tug at our heartstrings by allowing the budding seeds of the epic love story between Peter and MJ to finally blossom and gives us Jake Gyllenhaal in one of his most animated movie roles to date as Quentin Beck's Mysterio. But the biggest accomplishment of FFH is definitely the shocking midcredits scene that changes everything in Peter's life — and, in no small part, changes the MCU itself. Be wary, Marvel fans: spoilers for Spider-Man: Far From Home are ahead!

The film's first postcredits scene includes a posthumous recording from Mysterio (aired by the one and only J. Jonah Jameson) that frames Spider-Man for the drone army poised to attack London per the illusionist's plans. The former Stark Industries employee also reveals that Spider-Man is actually Peter Parker, exposing his secret to the entire world. Not only is this a drastic change from the comics, but it's also a massive shift in the MCU's storyline for Peter. The fallout from the exposure will no doubt be immense, and like the proper nerd I am, I've rounded up a few ways Marvel can take this reveal and how it'll affect Peter — and the rest of the MCU — in the future.

Related:
Here Are All the Films Included in Marvel's Phase 4
Previous Next Start Slideshow
Tom HollandSpider-ManSummer EntertainmentMoviesMarvelSpider-Man: Far From Home