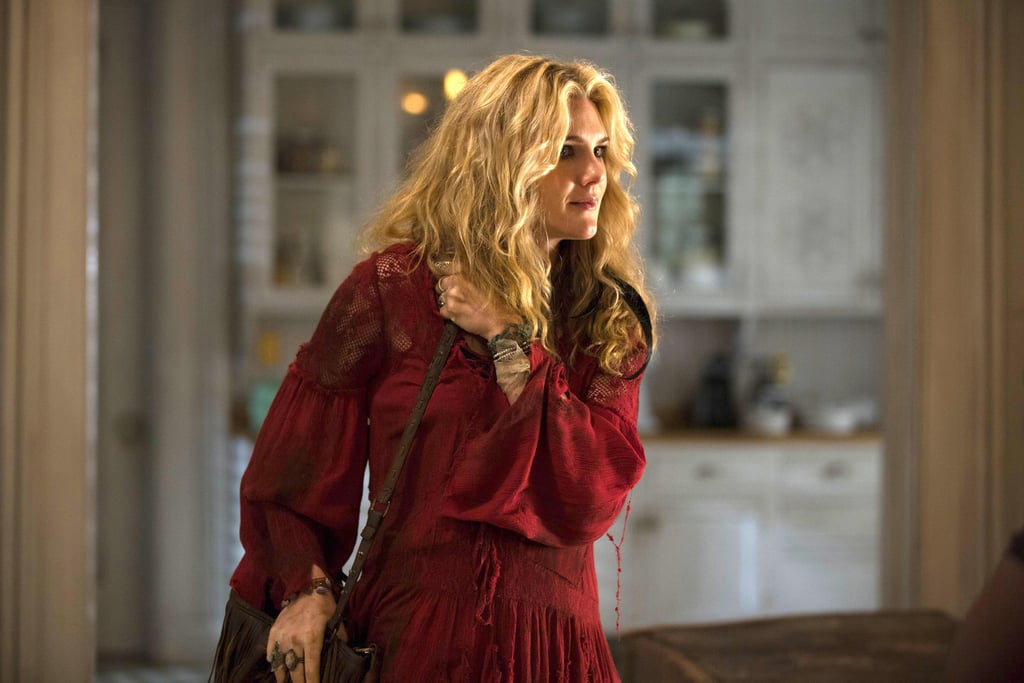 Oh, Misty Day. The enchanting Stevie Nicks-obsessed character — impeccably portrayed by Lily Rabe — is a standout of American Horror Story: Coven, and fans have continued to mourn her tragic fate since the third season. In a shocking twist, however, Misty recently made her return on the show's current season, American Horror Story: Apocalypse.

Let's back it up a little. Misty belongs to Miss Robichaux's Academy because she holds the power of resurgence, meaning she is able to bring people back from the dead. After her power is discovered by her highly religious community, Misty is burned at the stake. Fortunately, she is able to bring herself back to life and she finds protection among the other witches at the academy.

After resurrecting several people in crucial moments, including fellow witches Madison Montgomery and Myrtle Snow, it's believed that Misty might be the coven's next Supreme. The coven then pressures existing Supreme Fiona Goode to participate in the Sacred Taking ritual, which would entail committing suicide to make way for the incoming Supreme. The plan is unsuccessful as Fiona miraculously survives a drug overdose.

As the mystery surrounding who might be the next Supreme intensifies, Madison backstabs Misty and buries her alive in a cemetery. (Casual.) Fiona's daughter, Cordelia Goode, decides to put an end to the in-fighting and tests the witches on their ability to complete the Seven Wonders, or powers a Supreme should possess. Along with fellow witches Madison, Zoe, and Queenie, Misty passes the first two tests of telekinesis and concilium, or mind control.

In the third test, the witches must perform descensum, or the ability to descend into hell, or their own personal perception of hell, and safely return to reality. As a pacifist and lover of animals, Misty's hell is her biology class, where she's forced to repeatedly dissect a living frog and resurrect it. Tragically, time runs out on the test and Misty is stuck in hell forever, while her physical form disintegrates.

Though Misty didn't make it out of the third season, not all was lost. In the fifth episode of Apocalypse, "Boy Wonder," presumed Antichrist Michael Langdon must complete the Seven Wonders in his own bid to usurp Cordelia and become the next Supreme. Not only does he survive the descensum test, but he saves Misty from her hell and brings her back with him. Though the other witches are overjoyed to be reunited with Misty, it's also an ominous moment that points to the breadth of Michael's powers.

by Tori Crowther 42 minutes ago