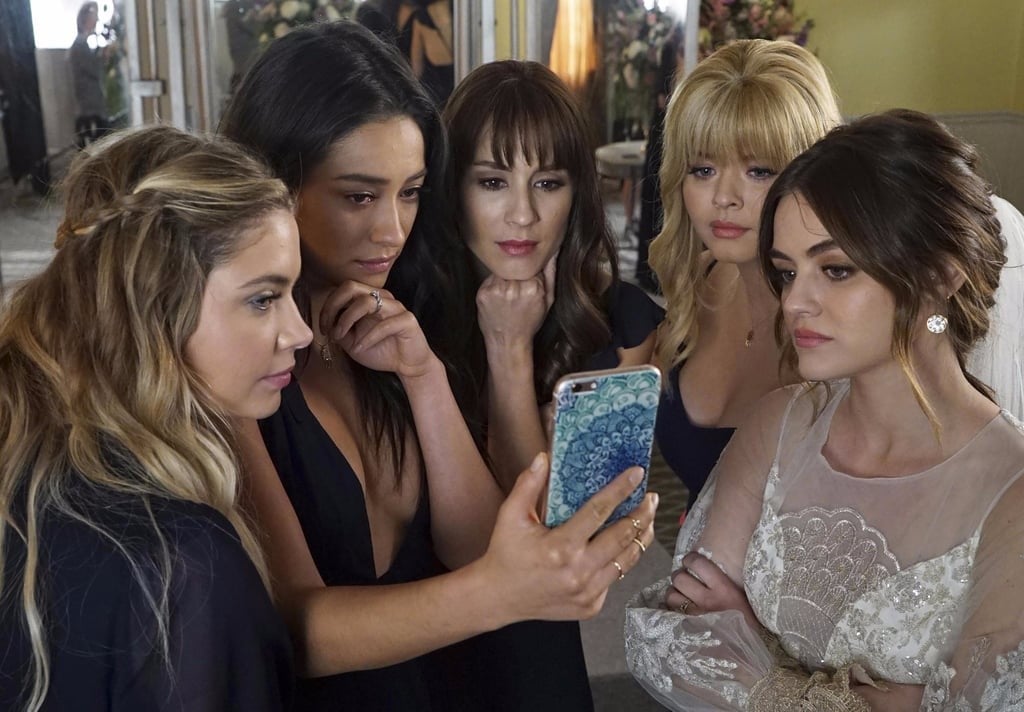 The Perfectionists Reveals the Fate of Each Pretty Little Liar — Babies, Elopements, and More!

Freeform's Pretty Little Liars spinoff, The Perfectionists, is just as twisted as its predecessor, and wastes no time introducing a few brand-new mysteries for PLL alums Alison DiLaurentis (Sasha Pieterse) and Mona Vanderwaal (Janel Parrish) to contend with. This time around, they're both faculty members at Beacon Heights University in Beacon Heights, OR, and have some fresh faces stirring up trouble — Ava Jalali (Sofia Carson), Caitlin Park-Lewis (Sydney Park), and Dylan Walker (Eli Brown).

But, what about the original crew who started it all? In the series premiere of The Perfectionists, it's clear that Spencer, Aria, and Hanna have all gone their separate ways. Even Emily — who we assumed would stay put since the last time we saw her, she and Alison were engaged and raising their twin daughters, Lily and Grace — is nowhere to be found. Fortunately, the new series has given us a few updates on what the Pretty Little Liars have been up to since the series finale in 2017.