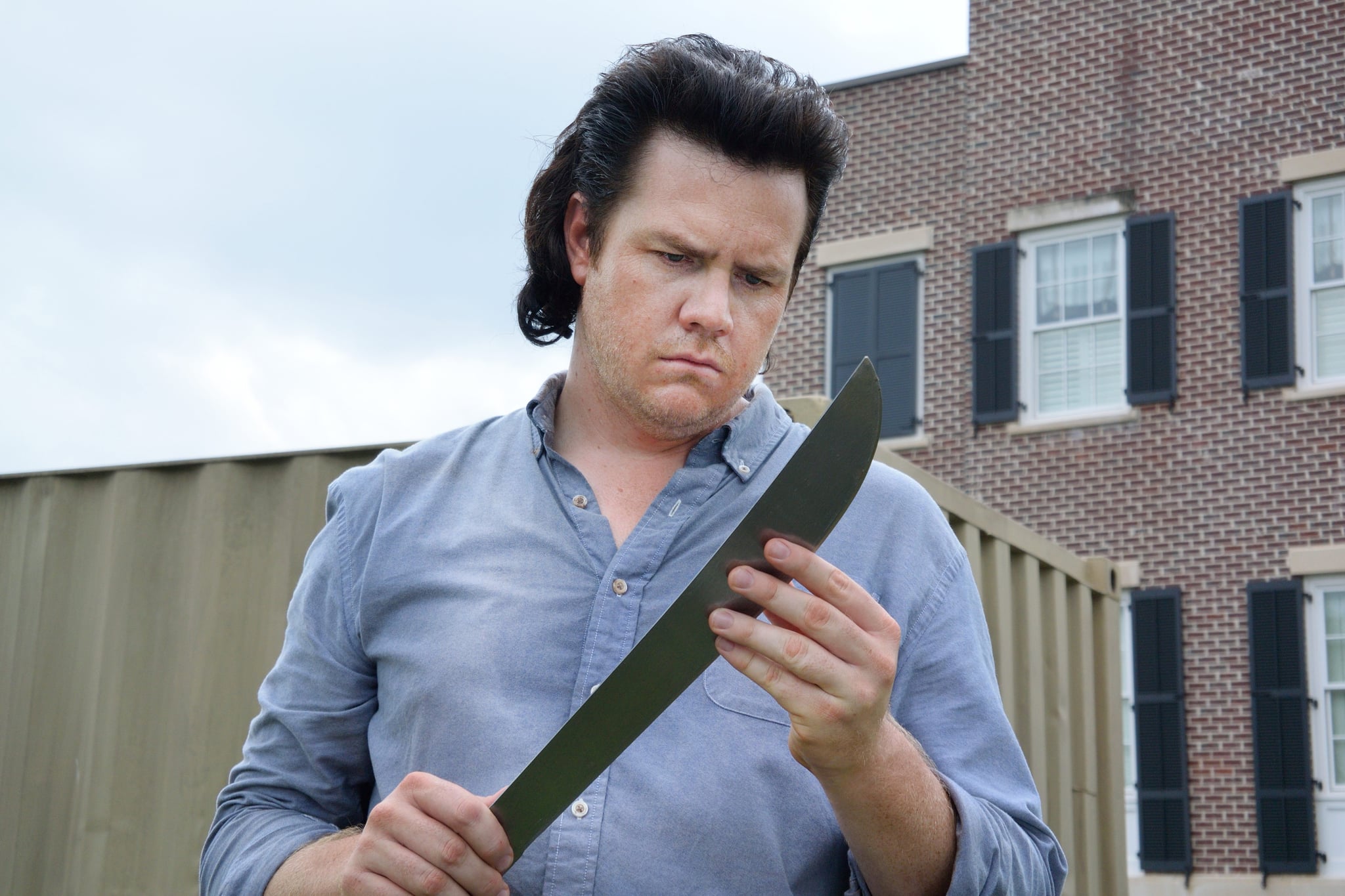 Things have not been going well for Eugene during this season of The Walking Dead. He's lost his friends Abraham and Glenn, and is having a hard time coping with their deaths. Even worse, his remaining friends are taking their sweet time rescuing him from the Saviors — to be fair, they've been a little preoccupied with convincing King Ezekiel to join the fight against Negan.

For the most part, Eugene's story has been faithful to the comics. Just like on the show, he lies and later admits he doesn't know how to find a cure for the breakout. (We have a theory that Eugene may have caused the breakout.) Then, he discovers a factory capable of producing bullets and his intelligence intrigues both Rick and Negan.

A recent episode, however, saw his character deviate from the comics by declaring, "I am Negan." The whole episode had been building up to the moment, with him also helping Negan figure out how to stop his fence-line walkers from decaying by cleverly suggesting they be covered in liquid metal, making them virtually indestructible. In the comics, he's not so enthusiastic about helping Negan and continually stands up to him. Even with Negan forcing him to make bullets, he still pledges his loyalty to Rick. Eugene finally escapes with the help of one of the Saviors, who believes Negan to be unfit to lead.

Jumping two years ahead, he's found his groove as an important member of the Alexandria community, which Rick has successfully rebuilt. After rejoining the Herd Patrol, he also forms a relationship with Rosita (yup!) and she ends up pregnant. His happiness is short-lived when a new group called The Whisperers kill her and her unborn child.

In an effort to get his mind off of things, Eugene buys a CB radio and begins communicating with a woman named Stephanie. They start a relationship, despite never meeting, and he learns that she is from Ohio. When he discloses his location, she tells him he shouldn't have done that. However, he trusts her with the sensitive information and keeps his relationship with her a secret from Rick.

That's all we've seen of him so far in the comics. Who knows how it will play out on TV!

TV
The Vow: What Happened to Kristin Keeffe and Why She Went Off the Grid
by Stacey Nguyen 6 hours ago

TV
The Vow: Everything We Know About Pam Cafritz's Life and Mysterious Death
by Stacey Nguyen 6 hours ago

TV
Who Is the Sun on The Masked Singer? We Have Some Bright Ideas
by Kelsie Gibson 13 hours ago