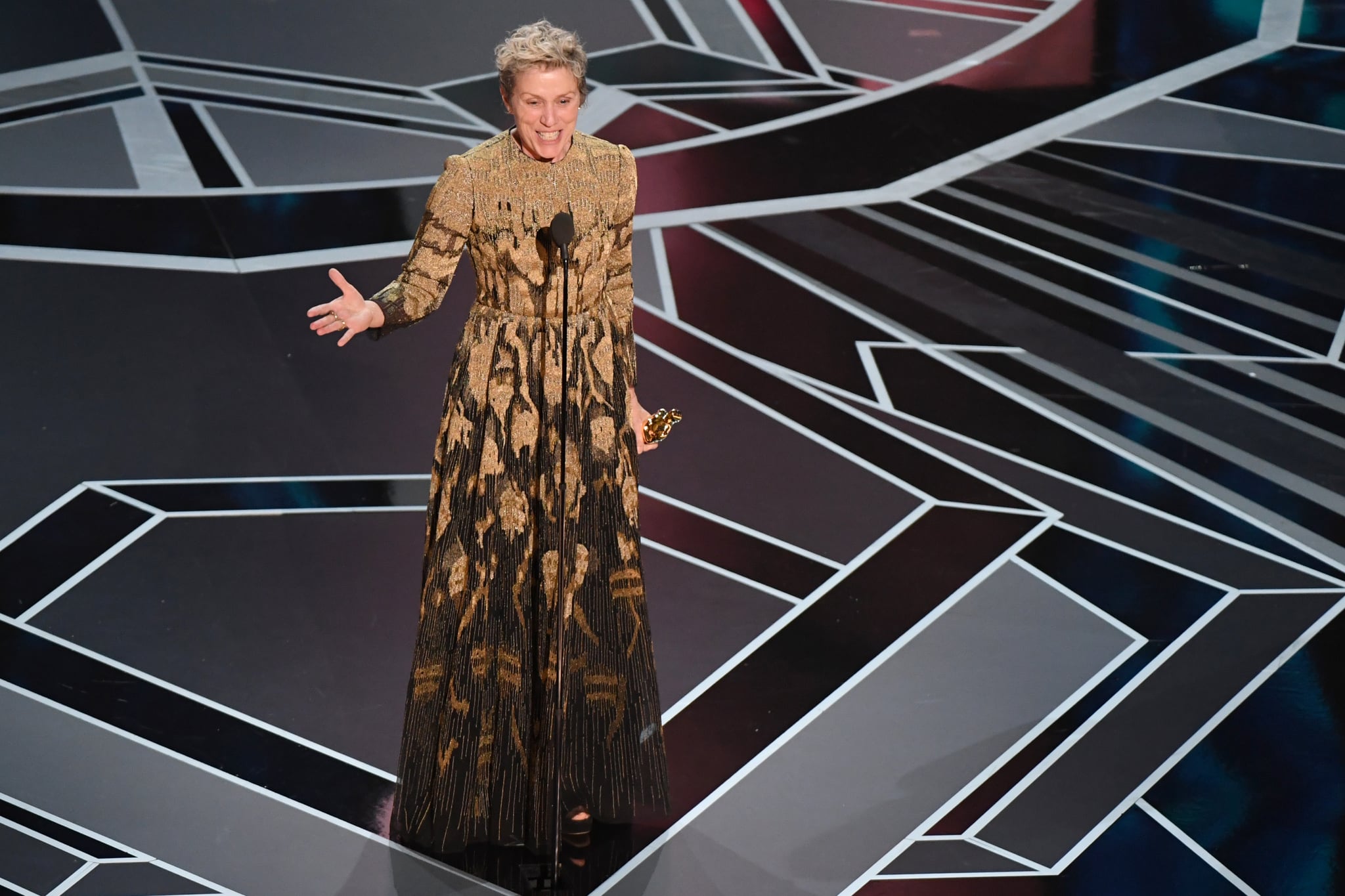 Having won two Oscars, Frances McDormand isn't new to the Academy Awards. Even after years of winning awards, she sure delivers in her acceptance speeches. Aside from casual shout-outs to Meryl Streep and Chloe Kim in her Academy Award acceptance speech, the Three Billboards Outside Ebbing, Missouri actress also touched upon issues of gender in the entertainment industry. She advised men in the audience to listen to women, saying, "We all have stories to tell. Invite us into your offices, and we'll tell you all about them." At the end of her rousing speech, the seasoned actress introduced a term that many outside of the entertainment profession have never heard of before: inclusion riders.

As momentum swells behind #MeToo and Time's Up, critics of those movements have asked celebrities what kind of policies should be put in place for women to ensure equity in the workplace, particularly Hollywood. One policy that helps raise diversity in Hollywood is the inclusion rider. According to a tweet by 2 Broke Girls creator Whitney Cummings, an inclusion rider is "something actors put into their contracts to ensure gender and racial equality in hiring on movie sets." It's basically a legal clause that an actor can put inside their contract to mandate that their involvement in a project be contingent upon gender and racial equality in the hiring of a cast and crew. This way, A-list actors have leverage in making the movies that they work on as diverse as possible.

an inclusion rider is something actors put into their contracts to ensure gender and racial equality in hiring on movie sets. We should support this for a billion reasons, but if you can't find a reason to, here's one: it will make movies better.

Stacy L. Smith, Ph.D., director of USC Annenberg's Media, Diversity & Social Change Initiative, first introduced the idea in the 2014 "Women in Entertainment" issue of The Hollywood Reporter magazine. Smith's main suggestions include adding five female speaking roles, adopting the NFL's Rooney Rule (which is used in considering people of color for NFL head-coaching positions), and making it a contractual obligation for movies to diversify their casts to match their settings' demographics.

While inclusion riders may not necessarily ensure that women and people of color get lead roles, they can certainly foster a diverse presence on the big screen and behind the camera.