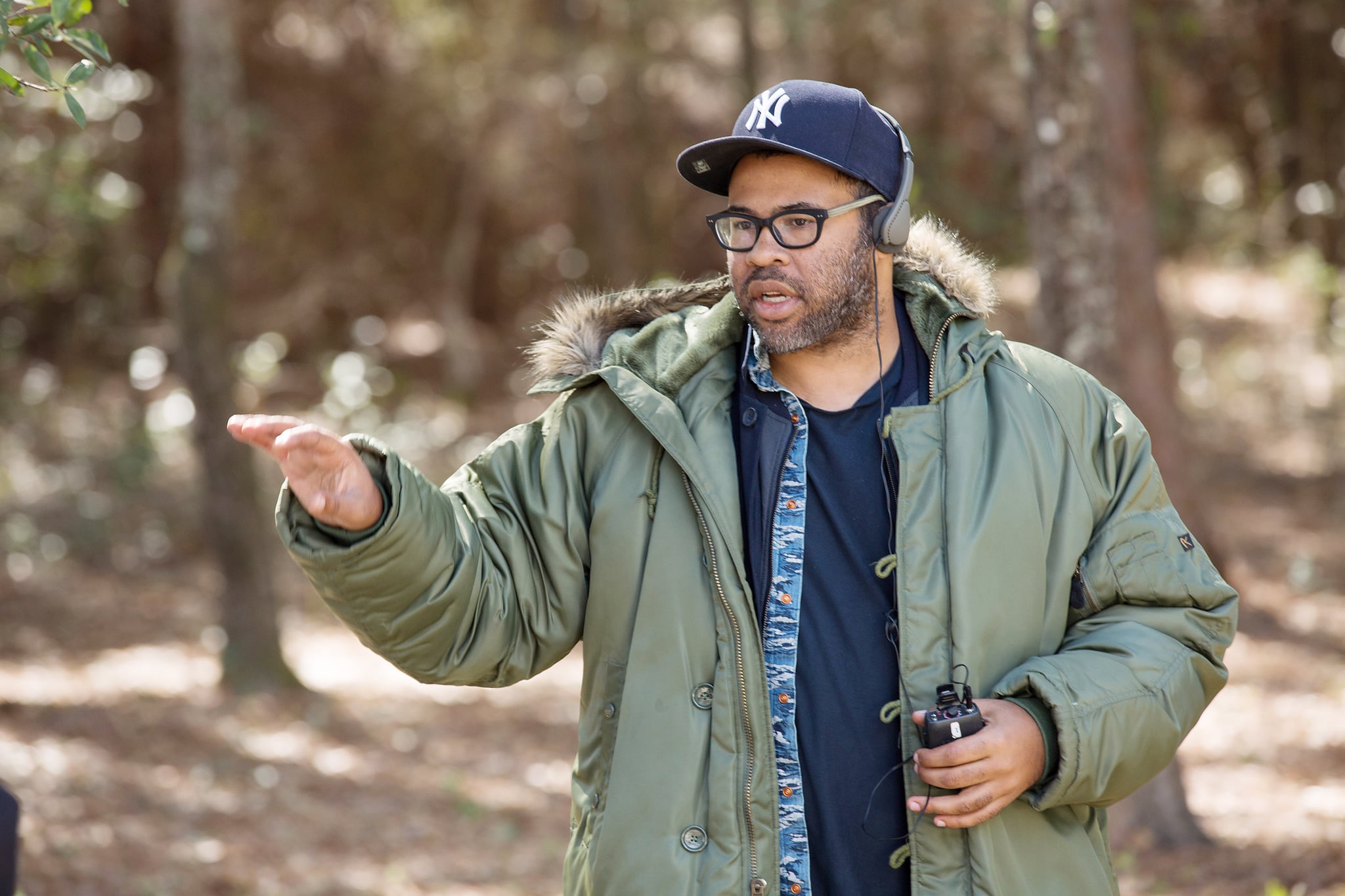 Jordan Peele's new film, Get Out, currently holds a rare 99 percent approval rating on Rotten Tomatoes, and for good reason. The subversive horror flick uses race as the primary motivator for the brilliant, bloody horror that transpires when a young black man (Daniel Kaluuya) accompanies his white girlfriend (Allison Williams) home for a weekend to meet her "liberal" parents. His descent into a terrifying "are they trying to kill me, or are they just weird?" back and forth results in an unsettling, funny, and overwhelmingly spooky movie. Given our current political climate, which makes Get Out more resonant than ever, it's easy to assume Peele's primary inspiration for the film was pulled from news headlines about black men continuously suffering grave and blatant injustice at the hands of white people.

It turns out a lot of different things influenced the final product, which Peele began working on before former President Barack Obama even took office. In an interview with The Daily Beast, the director revealed that he wanted to capture a "real horror" in the vein of classic horror movies:

"I feel like all classic horror movies have a very true horror behind them, and the thought of doing a racial horror movie came up but I really doubted whether or not it was possible. When Hillary and Obama were competing for the Democratic nomination, there were a lot of questions raised about gender civil rights and racial civil rights, and almost a pitting against one another of the two different causes. I began to look at those two issues as being parallel issues, and two of my favorite movies are Rosemary's Baby and The Stepford Wives. The way that those movies deal with gender and are ultimately about men making decisions for women's bodies — and address justified fears from the women's lib movement — was a signal to me that you can also do a movie about race using the same model."

The Stepford Wives and Rosemary's Baby might have been used as tonal inspirations, but plenty of people have described Peele's film as a brutal take on Guess Who's Coming to Dinner, the 1967 film about a black man meeting his white fiancée's parents. While discussing Get Out with GQ, the subject of Peele's experience meeting his own white in-laws came up (his wife is comedian Chelsea Peretti, with whom he's expecting his first child). "This movie is a true story," he joked. "No, everybody gets it. My family, they're all very smart, all very funny. This is not the story of my marriage at all."

There you have it!