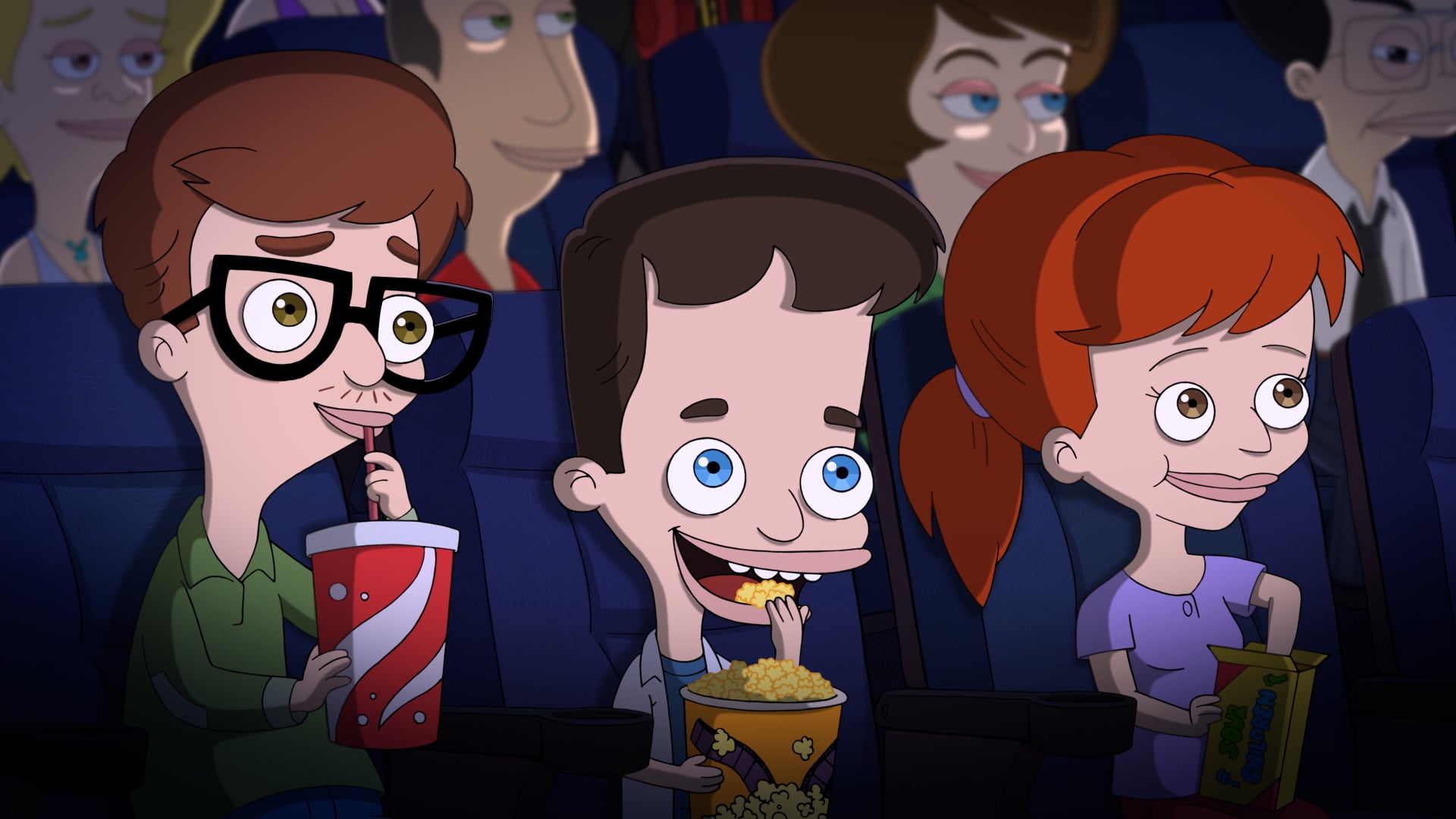 Everyone has a humiliating story about the universally horrific period (no pun intended) of life we call puberty. If someone tells you they don't, they're either (1) a liar or (2) part of an alien species, and you should probably never trust them. Netflix's comedy series Big Mouth reminds us just how awkward and disgusting that point in our lives can be in the most profane yet fitting way. I mean, puberty reimagined as a literal hormone monster? It's as hilarious as it is accurate.

Created by Nick Kroll, Andrew Goldberg, Jennifer Flackett, and Mark Levin, the series shows us adolescence through the eyes of three close friends: Nick (Kroll), Andrew (John Mulaney), and Jessi (Jessi Klein). The trio and their schoolmates navigate issues like dating, questioning their sexuality, and porn addiction with an earnestness that's both comical and painfully familiar. We follow them as they try to deal with their confusing feelings as well as never-ending family drama. While Big Mouth is generally ridiculous and over the top — let us never speak of episode seven ever again — that doesn't mean the series is without heartwarming moments. 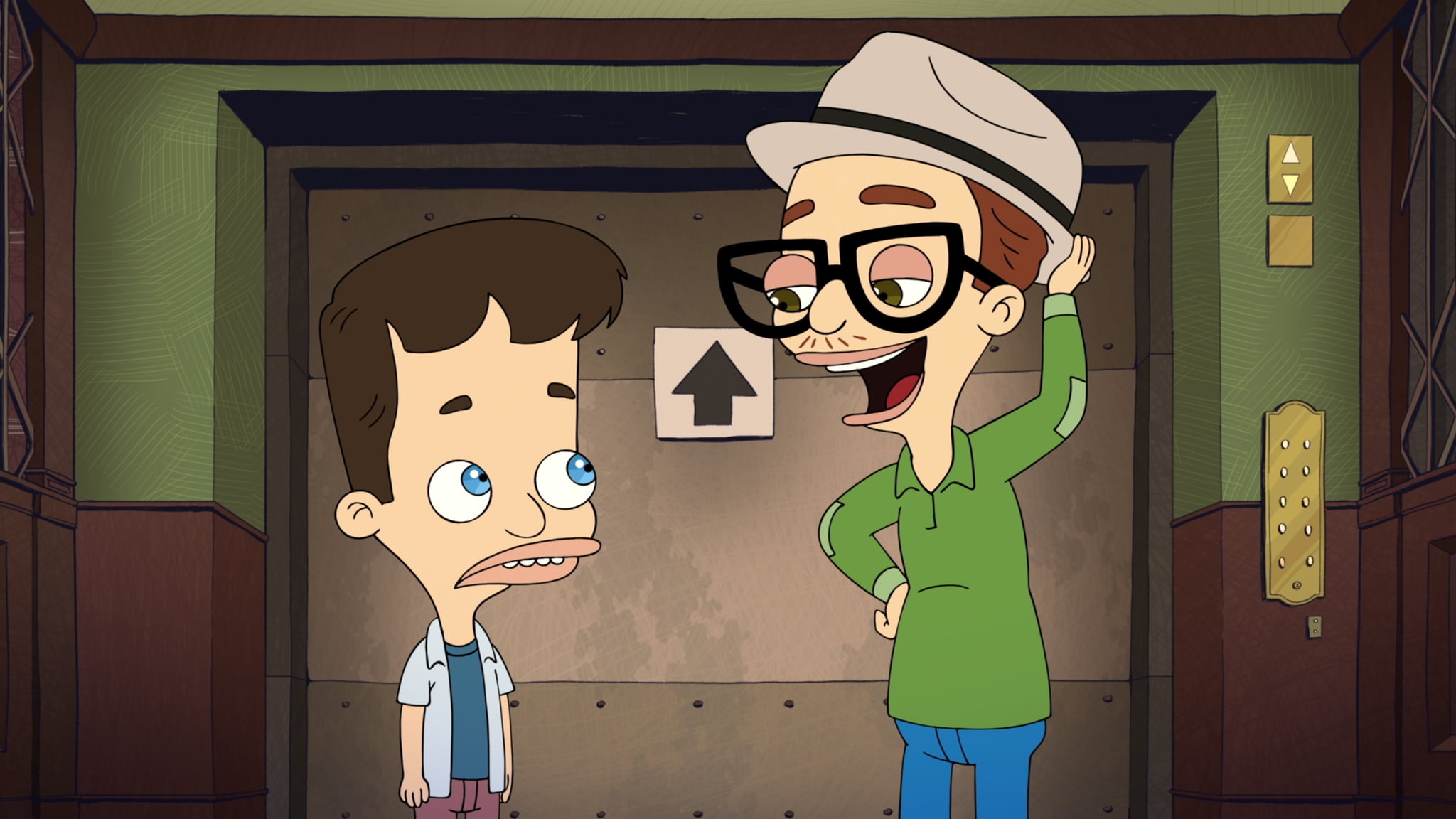 Take Nick and Andrew, for example. The two have known each other forever but find themselves in vastly different situations that make it hard to relate to each other. Nick is still in prepubescence and struggling with body insecurities, while Andrew is trying to deal with his raging hormones and getting turned on by almost everything, including his dad's associate Susan. Their individual conflicts affect their friendship several times, including the unforgettable moment in episode one when Nick gets a peek at exactly how Andrew's body has changed, and his self-consciousness causes him to see giant penises everywhere. Andrew is constantly haunted by his personal hormone monster (sometimes called Maurice or Maury) pushing him to indulge in all his filthiest desires and causing him great distress at every turn. Through it all, the boys' friendship remains genuinely touching and shows the truth about how difficult it can be for friends making these transitions at different paces.

Big Mouth isn't completely a sausage fest; in episode two, Jessi and her hormone monster, Connie (Maya Rudolph), introduce the feminine side of things. Jessi gets her first period while on a class trip, and everything seems to go downhill from there, which everyone around her attributes to what life as a woman is actually like. In episode five, a book entitled The Rock of Gibraltar (and the stir it creates among the women around them) causes the boys to come to the startling realization that girls get horny too. This episode is an instance of how the series explores sex-positivity in its own unique way. Using the book, it examines female sexuality, how women experience sexual arousal, and how said sexual arousal differs from that of a man. 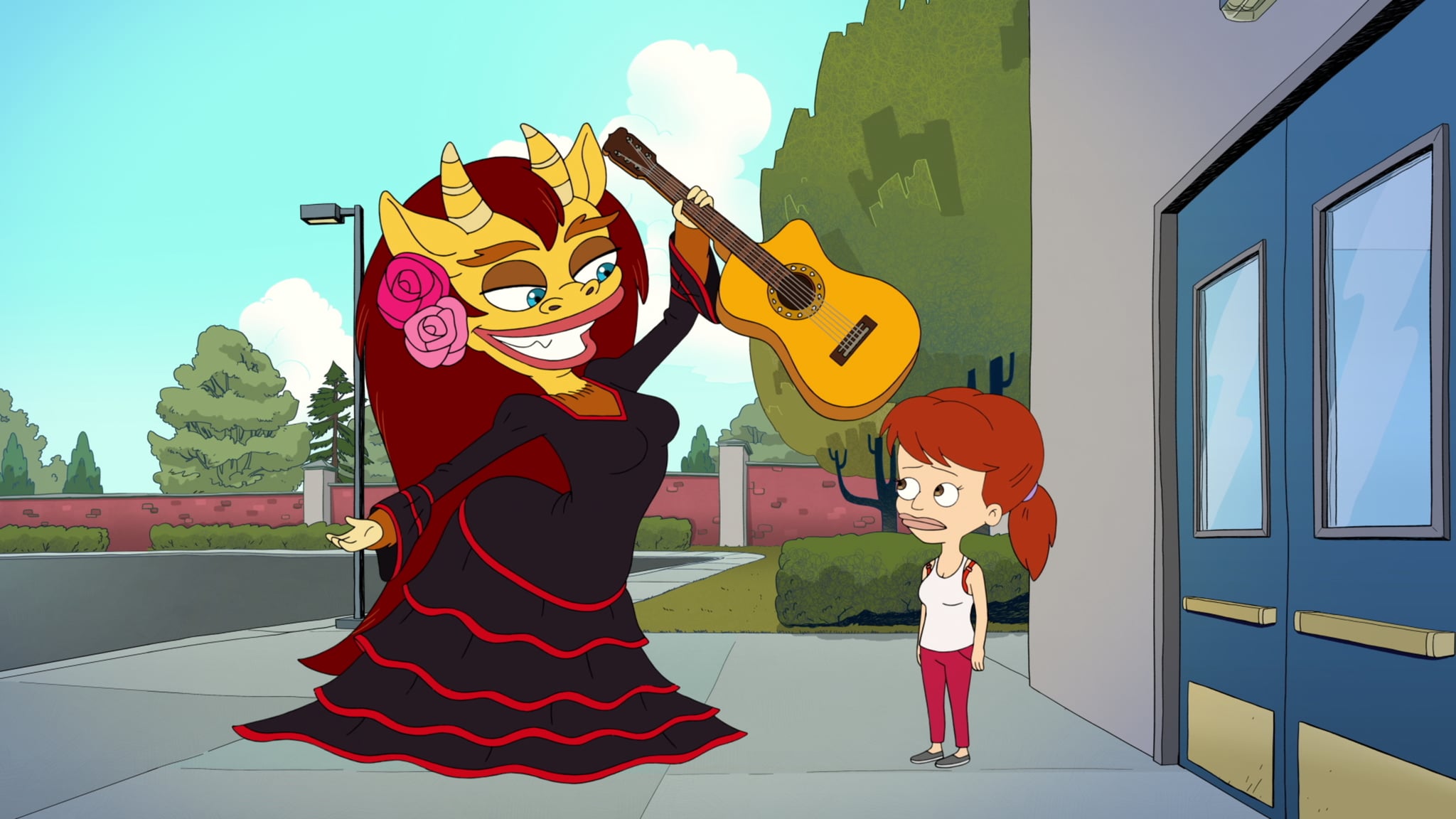 Jessi, prompted by her reaction to the characters in The Rock of Gibraltar, convinces her mom to buy her a "grown-up" bra. When she wears it to school, her classmates' reactions make her uncomfortable enough that she breaks down crying. Later on, after trying to figure out her feelings, Jessi is encouraged by Connie to "take a gander" at herself. This leads to a conversation with her genitalia, voiced by Kristen Wiig, and Jessi is later shown about to masturbate. This is especially amazing because rarely do we get the chance to see a young girl exploring the aspects of her sexuality for herself, rather than as an afterthought or in the background of her male peers. This was Jessi learning about her body because she wanted to and it was all about HER.

The episode also teaches the boys that they aren't the only ones who experience lust and that sexual arousal happens in different ways. As Nick's older sister explains:

"Sometimes we think sex itself is sexy. But other times we imagine a faceless dude walking around with a baby in a Baby Bjorn, and that's sexy. It's a lot of different things."

Yes, Big Mouth can be raunchy and outrageous, but that doesn't take away from its relatability or good heart. What makes the show work so well is that the experiences are universal. Not so much getting advice from the ghosts of Duke Ellington or Freddie Mercury, but the experiences that we all went through to understand that puberty isn't just about our bodies changing — it's about growing up. 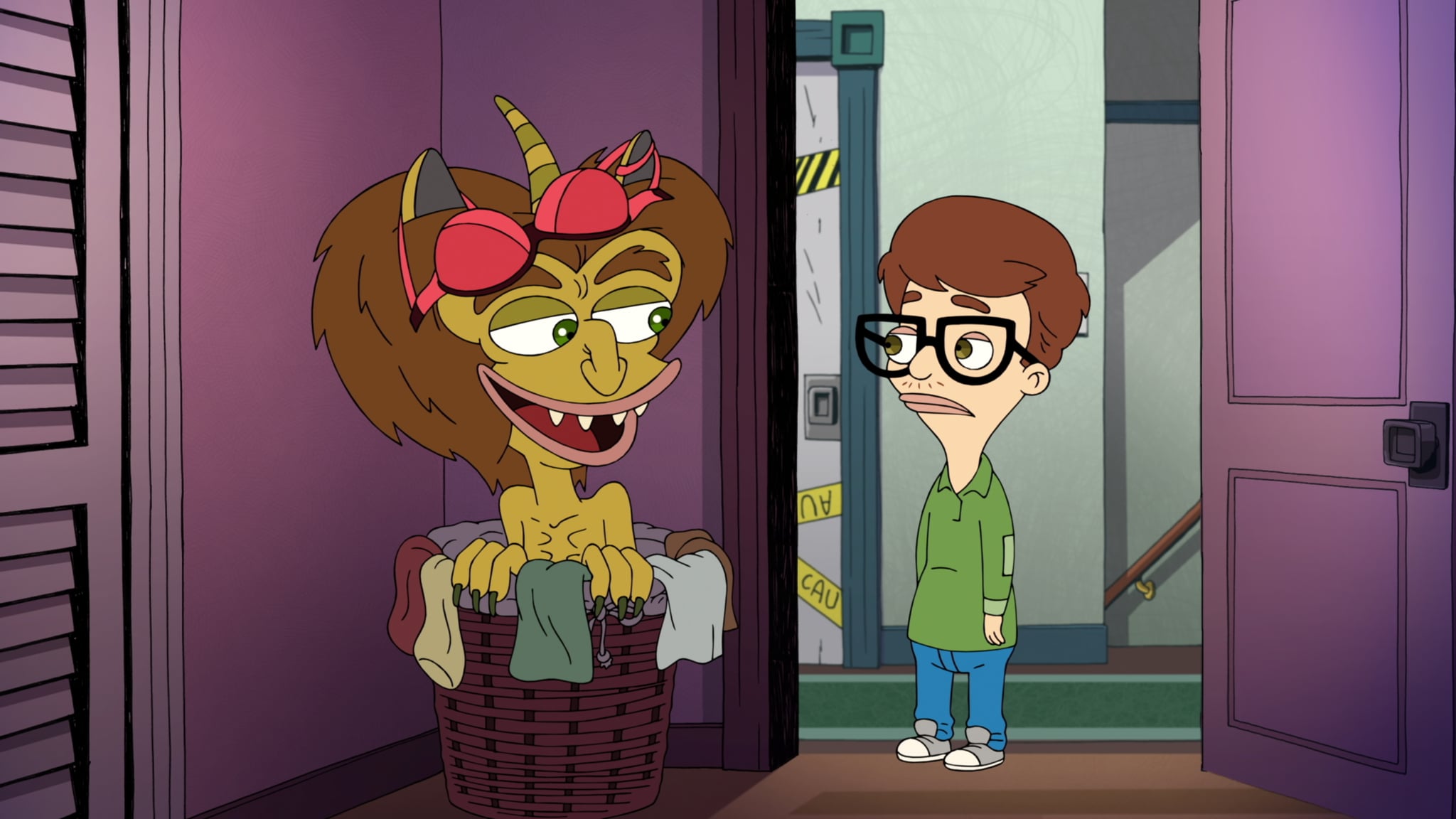 When Nick begins to distance himself from Andrew because of his anxieties about not having entered puberty and is later seen unsuccessfully trying to bargain with Maury to get his own hormone monster, we relate! We all know what it's like to want to grow up faster than our bodies are ready for — or, on Andrew's side of things, to find yourself growing up faster than your friends and not knowing how to handle it. When Jessi gets caught up in mean-girl drama and ends up turning on her nerdy friend Missy (Jenny Slate) in an attempt to fit in with the cool girls, we know that song and dance; we feel her pain.

There is a reason Big Mouth makes some people uncomfortable. For all its crudeness and gross-out humor, it's also an honest look at growing up. It's messy, sticky, and one emotional hurdle after the other. Even with all the crazy going on in the world, even with how differently children are being raised nowadays, the awkwardness of puberty never changes. But instead of being uncomfortable, we should appreciate the look back. It's a hilarious reminder that life may be a "f*cked up mess," but you're going to get through it. Hormone monsters and all.

Evan Peters
How Much of "Monster: The Jeffrey Dahmer Story" Actually Happened?
by Emily Oldenquist 17 hours ago

Fall TV
Why Isn't Emilio Estevez in Season 2 of "The Mighty Ducks: Game Changers"?
by Lindsay Kimble 21 hours ago