M. Night Shyamalan's name has practically become synonymous with plot twists. Whether you've enjoyed his last few movies or not (please control your eyerolling), the man has shown that he knows how to craft a good scary movie. His latest film, The Visit, has its share of jump scares, but it also has a legitimately shocking twist. I actually enjoyed the movie quite a bit, so if you're thinking of going to see it, you might want to reconsider reading on. For everyone else who just wants to know what happens, here are the details! 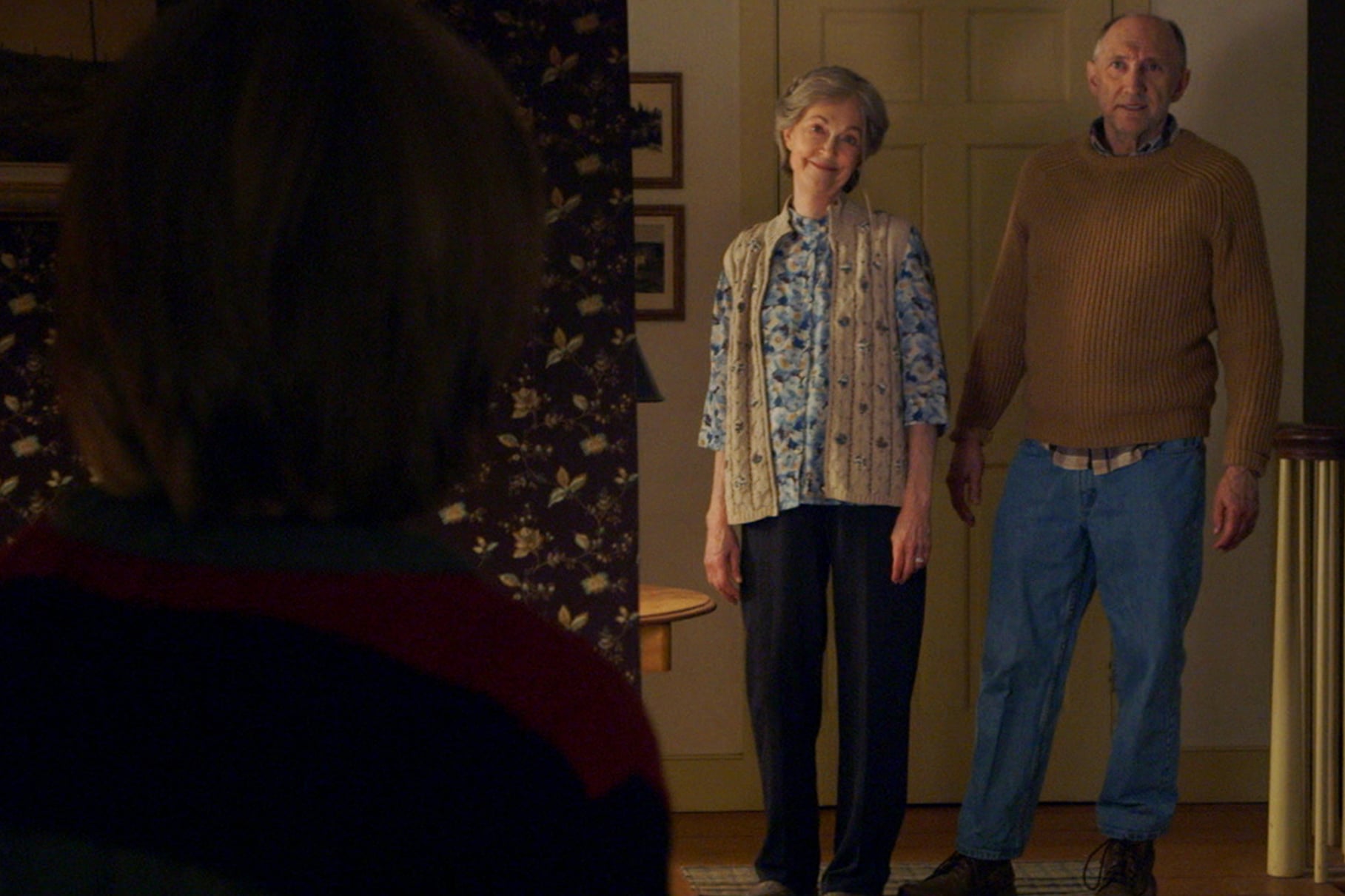 The movie follows Becca (Olivia DeJonge) and Tyler (Ed Oxenbould), two kids who go to visit their estranged grandparents. Their mother (Kathryn Hahn) hasn't spoken to her folks in over a decade due to a blowout argument, but now the kids want to meet their Nana (Deanna Dunagan) and Pop Pop (Peter McRobbie). She begrudgingly agrees and sends them to spend five nights with her parents. Things start out well enough, but they get creepy after bedtime. Nana is walking around dazed, spewing projectile vomit and, later, clawing at the walls while butt-naked. Tyler discovers Pop Pop has been stacking a pile of his used adult diapers in the shed. Avid baker Nana wants Becca to crawl all the way in the oven to clean it. You know, just the usual weird old people stuff, right? That's what the kids keep telling each other.

A day before they're supposed to leave, Becca and Tyler video-chat with their mom and try to convince her that something is really, really wrong with her parents. They hold the computer up to the window so she can see Nana and Pop Pop outside, and that's when she tells them: those aren't her parents. In fact, she has no idea who those people are. Earlier in the movie, two separate people turn up at the house concerned for Nana and Pop Pop, who haven't been showing up to their volunteer jobs at the hospital. (The grandparents are conveniently out of the house on both occasions.) That's because it's a mental hospital, and two of the patients have killed them and taken over their lives for the week. Fake Nana once had children of her own, but she drowned them, so Fake Pop Pop had decided she deserved a week of being a grandmother. Makes total sense, honestly.

Once the kids discover the truth, all hell breaks loose. They try to leave the house, but Fake Pop Pop won't let them. After all, he has already hung one of the nosy hospital volunteers from a tree in the yard. Can't let the kids see that, right? He wants a proper family game night, so Becca and Tyler go along with it, praying that their alarmed mother will get to the house in time to save them. Becca sneaks away, finds her real grandparents' bodies stuffed in the basement, and eventually has to stab Fake Nana to death with a shard of broken mirror. Meanwhile, Fake Pop Pop shoves his dirty diaper in germaphobe Tyler's face. Tyler comes out of his catatonic state just in time to tackle Fake Pop Pop to the ground and slam the refrigerator door into his head a dozen times. Their mother shows up with the police just as daylight breaks.

And there you have it. Some people may have seen the twist coming, but it's still a pretty good one. Aren't you glad you know now? Sorry about that diaper business.