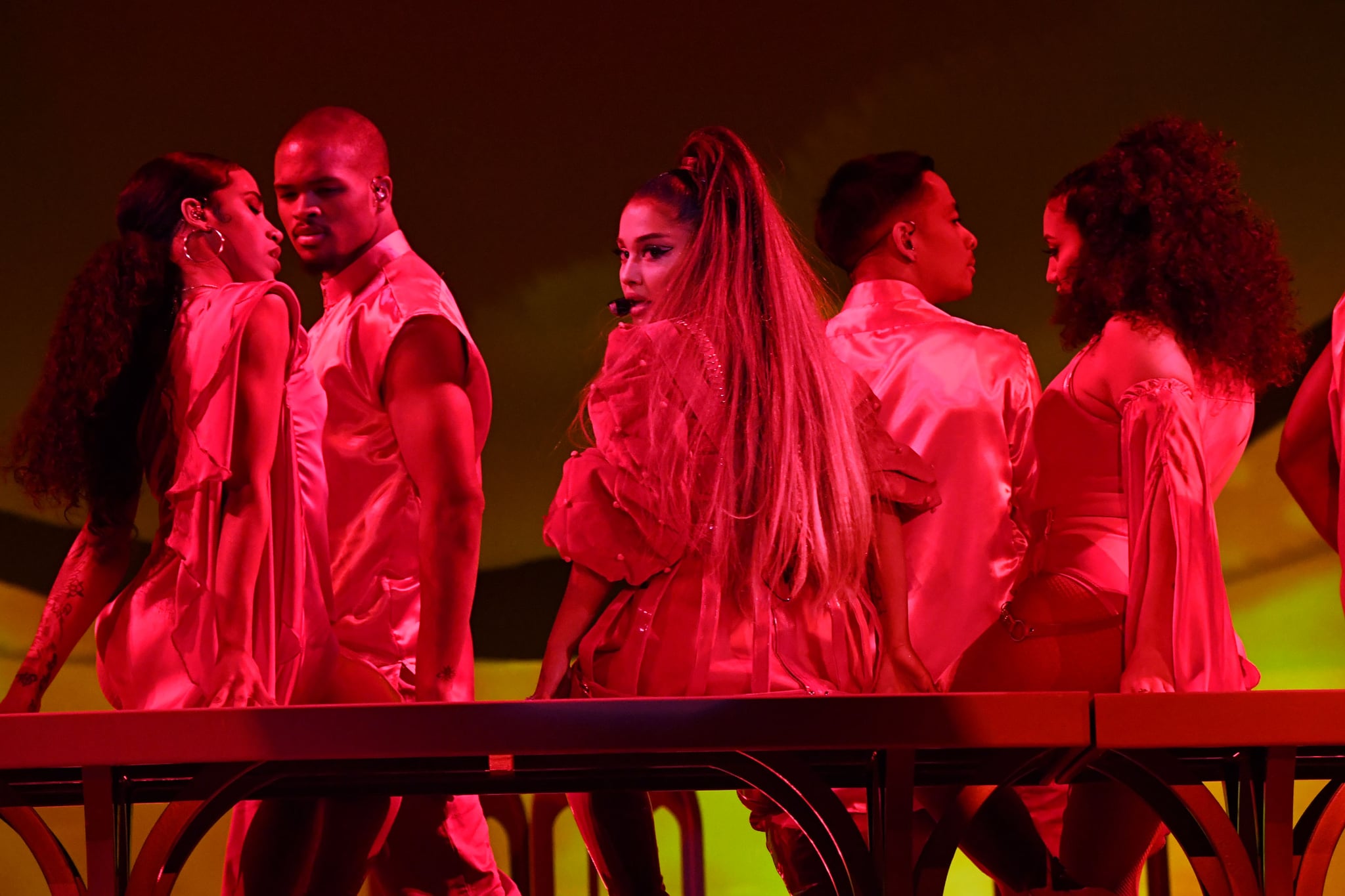 Ariana Grande may have just dropped two back-to-back albums within the last year, but that doesn't mean she's ready to take a break from making new music. Over a month after the release of her fifth studio album, Thank U, Next, the singer just teased a brand-new single with her friend and frequent collaborator Victoria Monét.

Grande took to Twitter on March 27, where she and Monét, who opened for her during the Dangerous Woman tour and helped cowrite "7 Rings," went back and forth, exchanging what appear to be song lyrics with one another. "Work so f*ckin muuuuuch, need a twinny twin twin," the "Needy" singer tweeted first. Monét responded, "You'd be straight for life if I gave you my pin," before Grande finished things off with, "even tho we gave up that 90% for the win."

Shortly after, Grande suggested that the duo "drop it tomorrow night" as a way to celebrate "7 Rings" soaring into its eighth straight week at the No. 1 spot on the Billboard Hot 100, but Monét convinced her to wait until April 1. Grande agreed, writing, "Word it's also like .... not mastered or ready or delivered lmaooo. see, this is why i can't go on twitter anymore. i get too excited and say sh*t i shouldn't. however, monday is soon enough! we love uuu."

The song is presumably called "Monopoly," and considering the rules of the classic board game we all know and love, there's a chance that it may be another ode to Grande's riches à la "7 Rings." But, of course, we'll have to wait until April 1 to know for sure.