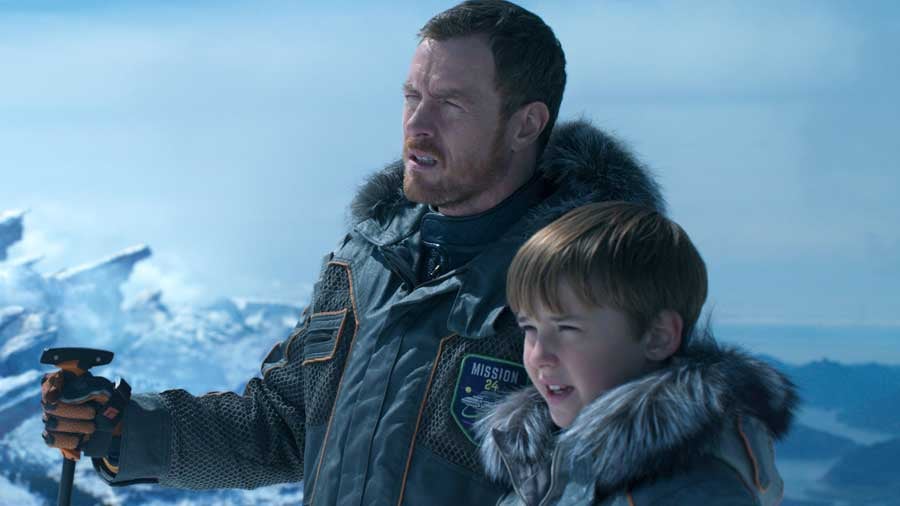 Your new favorite science fiction obsession is about to drop on Netflix when Lost in Space premieres this week. It stars Toby Stephens and Molly Parker as the heads of the Robinson family, who embark on a space mission to find out if there are habitable conditions on other planets.

Of course, the mission goes horribly awry and all kinds of mysteries ensue, including Parker Posey appearing as Dr. Smith, the mustache-twirling villain from the original series who is now an enigmatic woman. Is she a hero? Is she a villain? Is she a saboteur with good motives? Who knows?

Related:
18 of the Buzziest Reboots to Hit TV Screens This Year

If you're wondering when exactly you can tune in to this new sci-fi series, Lost in Space drops on Netflix Friday, April 13 at 3 a.m. ET/midnight PT. All 10 episodes will be available at the same time, primed and ready for a binge-watch over the weekend.

The reason Netflix drops its shows at such an unusual time is basically this — it becomes the official "release date" at 12:01 a.m. in the Pacific timezone, which is where Netflix is based; its headquarters is located outside San Francisco, and another 800-person office is located in Los Angeles. So just after midnight Pacific time on the release dates (which tend to be Fridays) is when a new series will be available on the streaming service.

As for Lost in Space, early reviews are almost universally positive. IGN's David Griffin wrote that this reboot is "a wondrous new take on the 1960s series that honors its origins while charting a new course with a modern retelling" and TVLine's Matt Mitovich praised the "top-shelf" visual effects and exciting "white-knuckle" action sequences.