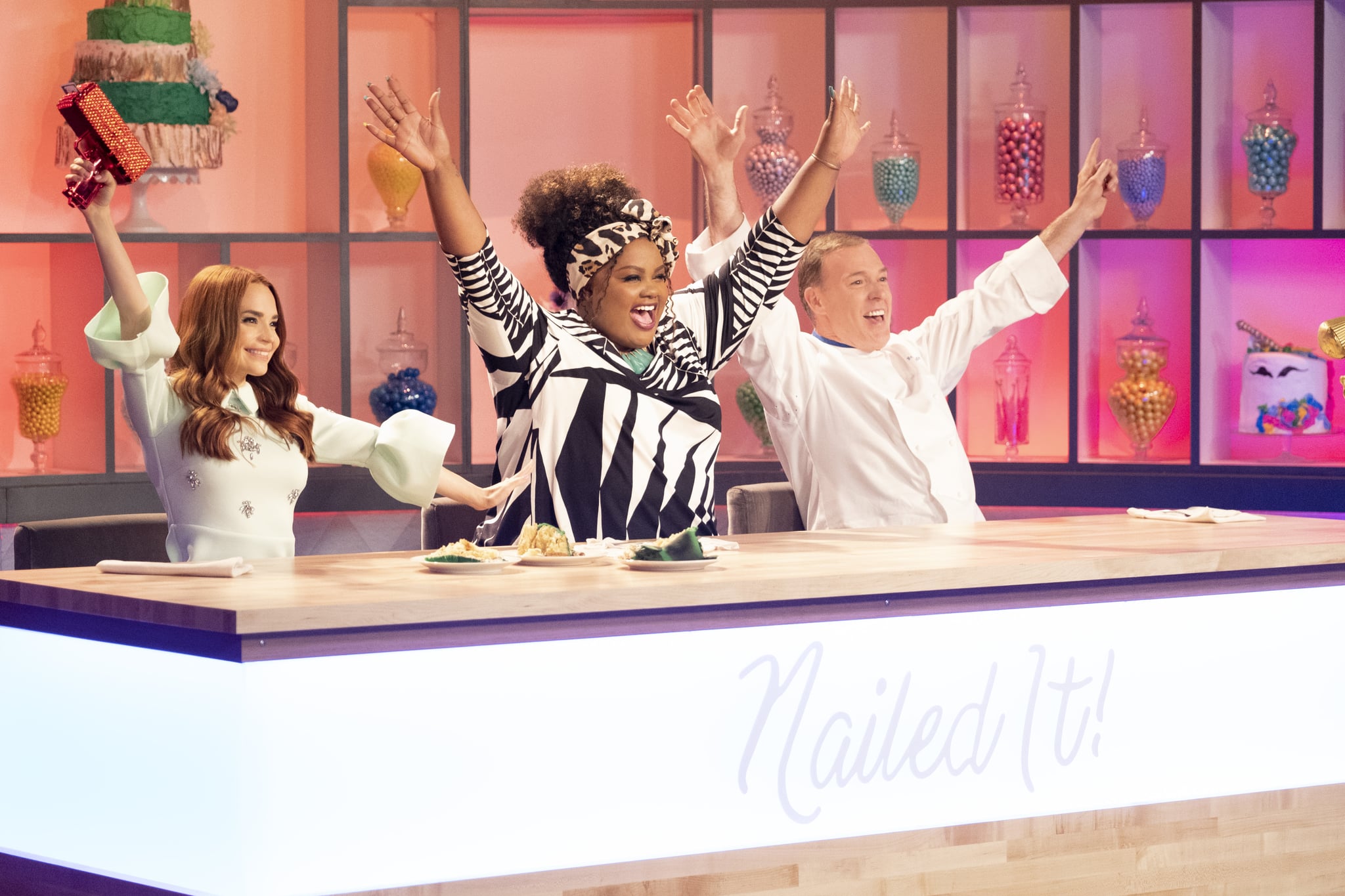 Are you ready to watch comedian Nicole Byer and chef Jacques Torres politely eat some of the most hideous baked creations the world has ever seen? Yes? You're in luck — season three of Netflix's hilarious baking competition, Nailed It!, is returning for season three on May 17!

On every episode of the endearing series, we get to watch three amateur contestants compete to re-create complicated, gorgeous, and whimsical cakes or treats that are beyond Instagram-worthy. Few of the bakers ever get even remotely close, but as long as they're the best of the worst, they can earn either a fancy prize (like a Kitchen Aid mixer, for instance) or the ultimate pot of $10,000. (Also, they get to shoot a gold money gun, which is the best prize of all if you ask us.)

Between Byer's nonstop one-liners and Torres's barely-controlled laughter upon seeing some of the wild creations that some of the contestants serve up — we're still not over that princess tower cake, to be quite honest — it's an incredibly fun ride. Below, read Netflix's official descriptions of each of the six episodes you'll get to watch in season three:

by Sabienna Bowman 4 minutes ago