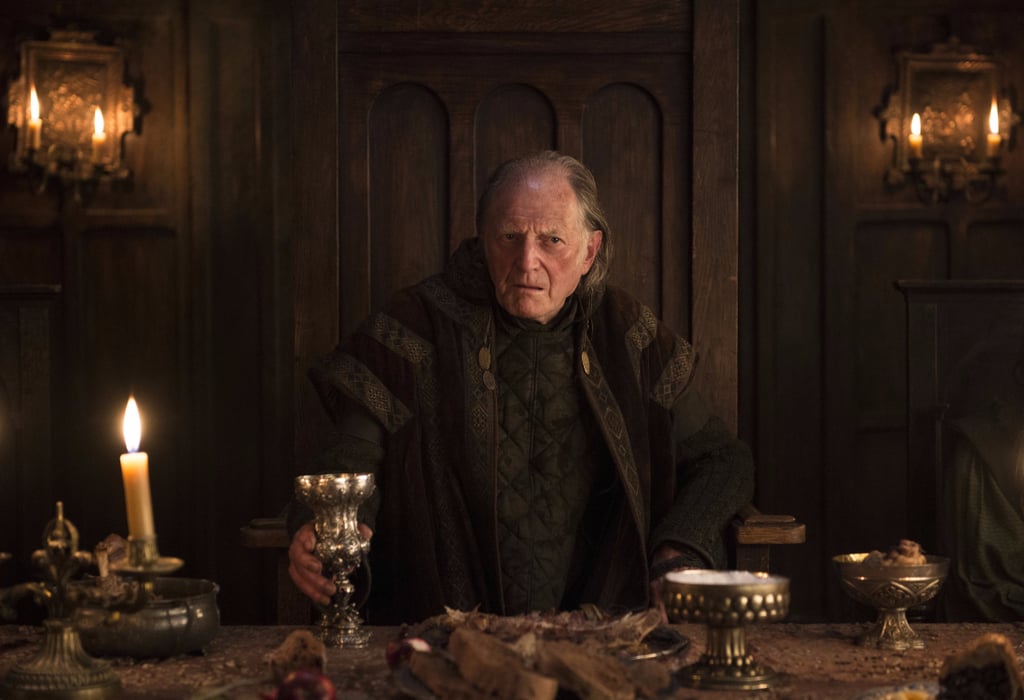 When the season seven premiere of Game of Thrones opened with Walder Frey giving a speech to a hall of men, many viewers sat back and scratched their heads. I'll admit, my first thought was: "Wait, is this a flashback? Walder Frey is, like, super dead." But as it quickly became clear that this isn't Walder Frey at all and that some serious atonement is about to be made for the season three slaughter of Arya Stark's family, all confusion made way for excitement. Revenge is a dish best served cold . . . and Arya is a daughter of Winterfell, baby!

The justice served to Walder Frey's men in the premiere is nothing short of satisfying, but it's even sweeter when you go back to rewatch the betrayal that started it all: the Red Wedding in season three. While reopening the wounds of Robb and Catelyn Stark's deaths is no picnic, the scene is worth a rewatch purely to appreciate how poetic Arya's eventual revenge on the Frey clan really is.

Scene by scene and detail by detail, Arya's "Red Wedding Revenge" matches up with the heartbreaking details of the original slaughter. Read on for proof of all of the similarities between the two feasts — it's truly a work of vengeful, bloody art. The Lannisters can keep their regards, because Winter is f*cking here . . . and the North remembers.

Identity
¿Y Ahora? Where Is the Cast of "One Day at a Time" Today?
by Melissa Santoyo 3 hours ago

by Alicia Geigel 21 minutes ago