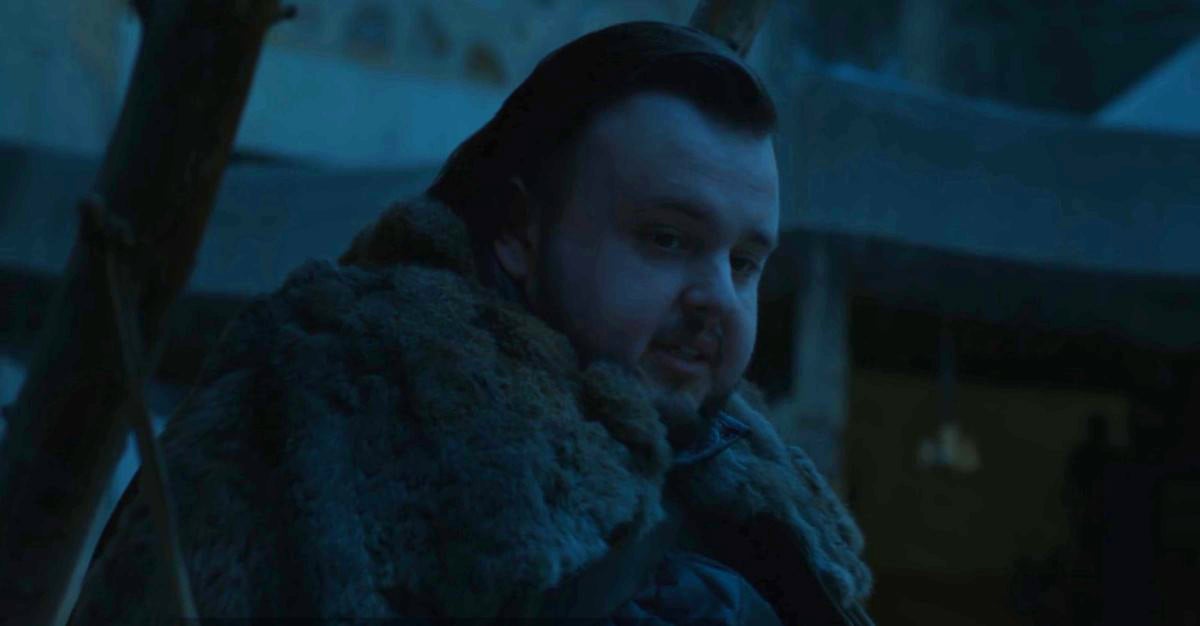 We see Sam go through a lot working at the Citadel on Game of Thrones. He empties bedpans, scrapes greyscale off people's bodies, and realizes he is working for a bunch of men who don't know what they're talking about. So in "Eastwatch," it's not totally surprising that he decides to pack up his family and leave. But where is he going? The answer isn't given . . . but there are a few options.

Related:
What Happened on Game of Thrones This Week? 30 Seriously Insane Things, For Starters

Sam says before leaving the Citadel, "I'm tired of reading about the achievements of better men." (It's a callback to something his father, Randyll Tarly, said to him.) He obviously aspires to be a "better man," even though he already has an impressive record with killing a White Walker and discovering how to kill more. It would make sense for Sam to return, in hopes of going back to fight with the knowledge he has now.

In "Dragonstone," we see Sam discover in a book that there is dragonglass in Dragonstone that could kill White Walkers. He tells Jon Snow this and now his men are mining it. But it's possible Sam will go there to help Jon further.

This last theory is a stretch, but Sam could be returning home to Horn Hill. We see in this episode that his father and brother, Dickon, are killed by Daenerys for not bending the knee. Sam is now the last man of his house, although he isn't well liked. Someone could tell him the news about his father and brother along the way, and he could change his destination to Horn Hill.