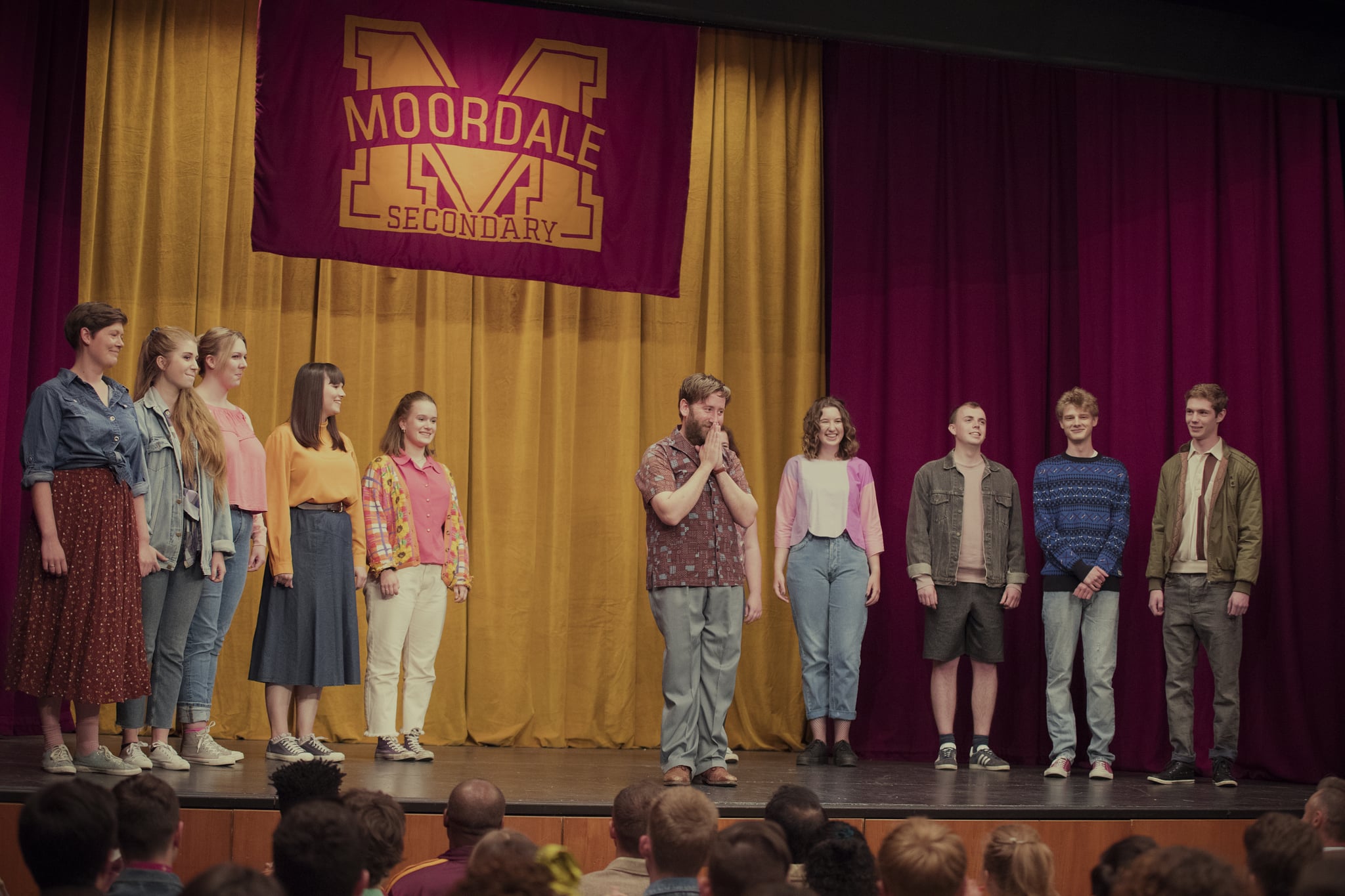 If you can't quite figure out where Netflix's Sex Education is based, you're not the only one.

Was it the letterman jackets, the pristine swimming pool (with bleachers!), or the very English accents that first got you confused? The show has confused viewers by combining elements of both British and American schools, in a beautiful countryside backdrop that, let's say, isn't completely typical of many English towns. It turns out there's a reason for that: the show is actually filmed predominately in Wales.

Moordale Secondary School is deliberately inspired by classic American high school movies, and was filmed at the University of South Wales's Caerleon campus, which was temporarily closed for shooting. Like most shows, not every scene was shot on the one university campus: the school hall was actually filmed at The Paget Rooms, a historic theater in Penarth, Wales. However, although Wales is where the show's creators chose to film the majority of the show, it isn't necessarily where they intended it to be set: Moordale is very much a fictional town that could be anywhere in the British countryside.

And as for Jean and Otis's even more beautiful home, that gem actually overlooks the River Wye in the picturesque Symonds Yat area of England. So there you have it; Sex Education is an Americanized show full of English students, based in the Welsh countryside. Not confusing at all.

Netflix
Netflix Bids Grand Army Goodbye After Just One Season, and We're Not Sure How to Feel
by Grayson Gilcrease 20 hours ago