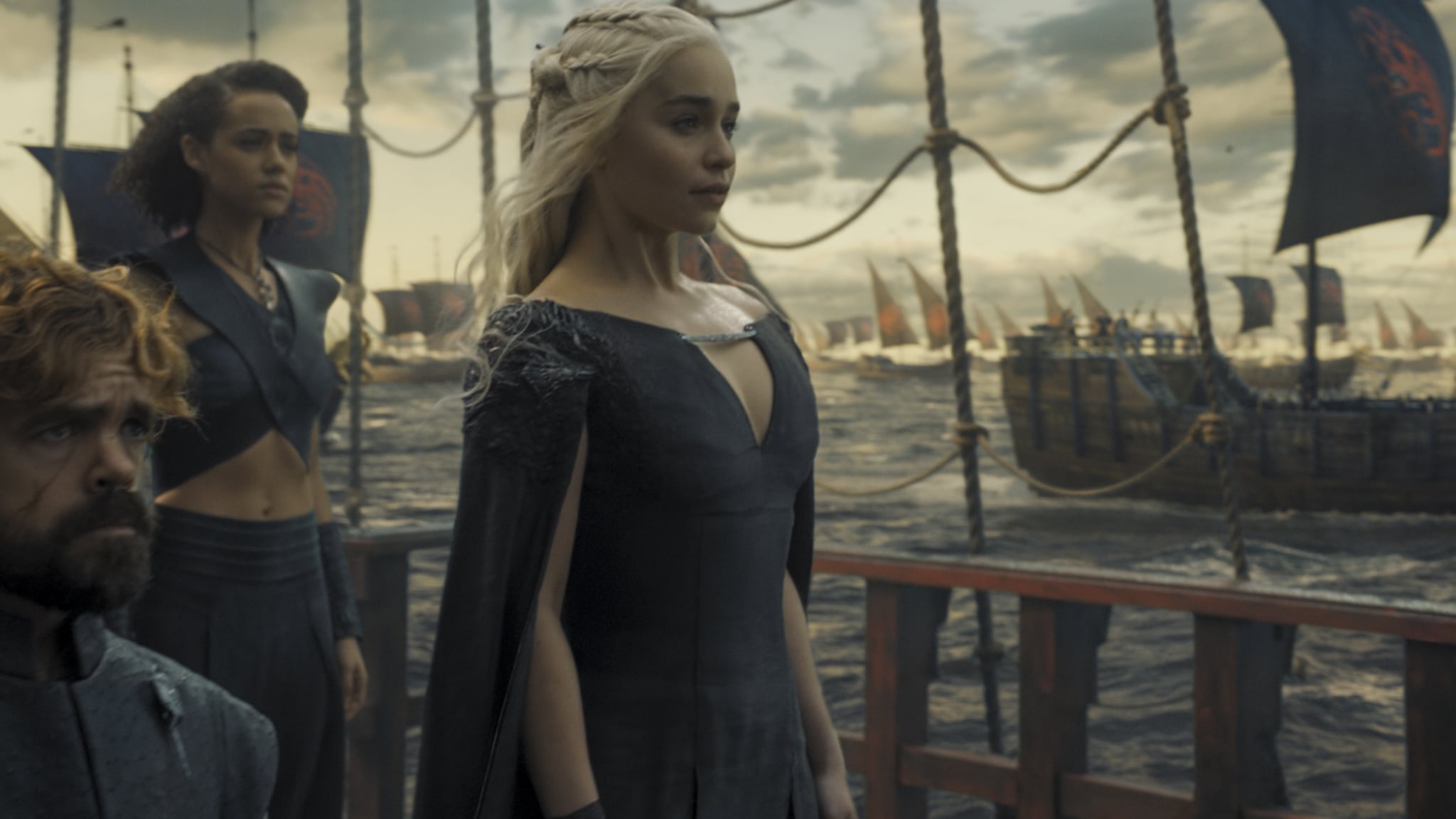 Who run the world (and Game of Thrones)? Girls . . . and Jon Snow! Even the new King in the North wouldn't have been given his title without the aid of badass child genius Lyanna Mormont. The season six finale was chock-full of ladies doin' it for themselves and by the end, new alliances are formed (or shifted) and thrones are ascended. Here's how the main houses are allied by the end of season six:

At the newly reclaimed Winterfell, Jon addresses a room full of Knights of the Vale, Northmen, and Free Folk, and struggles to gain their collective fidelity. He is ultimately saved, however, by tiny Lady Mormont, who delivers her own version of the "Shame!" chant by calling out all of the houses that are reluctant to rally behind House Stark. She reminds each of the house leaders why they ought to pledge loyalty to Jon Snow. After her riveting speech, Lord Manderly and Lord Glover promise their support and deem Jon the White Wolf and King in the North. The rest of the room follows suit. Littlefinger has also declared for House Stark, though he is not about to call Jon the king of anything, instead nurturing a fantasy of ruling alongside Sansa.

Before his gruesome (though admittedly satisfying) death at the hands of Arya Stark, Walder Frey toasts to his strengthened relationship with the Lannisters, though Jaime wonders aloud whether the Freys are of any real use to the Lannisters at all. Meanwhile, as Kings Landing is reduced to a smoldering heap of ashes, the diabolical Cersei ascends the Iron Throne supported by Qyburn, the Mountain and the Kingsguard. Cersei is less interested in forming alliances and more into just taking things "because it feels good."

Last we see, Ellaria and the Sand Snakes of Dorne are persuading Olenna to form an alliance between the Martells and the Tyrells in order to better fight the Lannisters. Olenna is not exactly jumping at the chance, but then Varys appears and offers "fire and blood." Since Varys fights for Dany, this implies that Olenna, on behalf of the Tyrells, then allies with the Targaryens.

Aside from having to break things off with her sexy sidepiece, Daenerys is seriously living her best life right now. She has the allegiance of the Greyjoys and the Iron Fleet that comes with that. In addition, she leads a fierce Dothraki army and the Unsullied. Toss in some loyal dragons and her new partnership with the Tyrells and Daenerys seems poised to totally dominate this game.