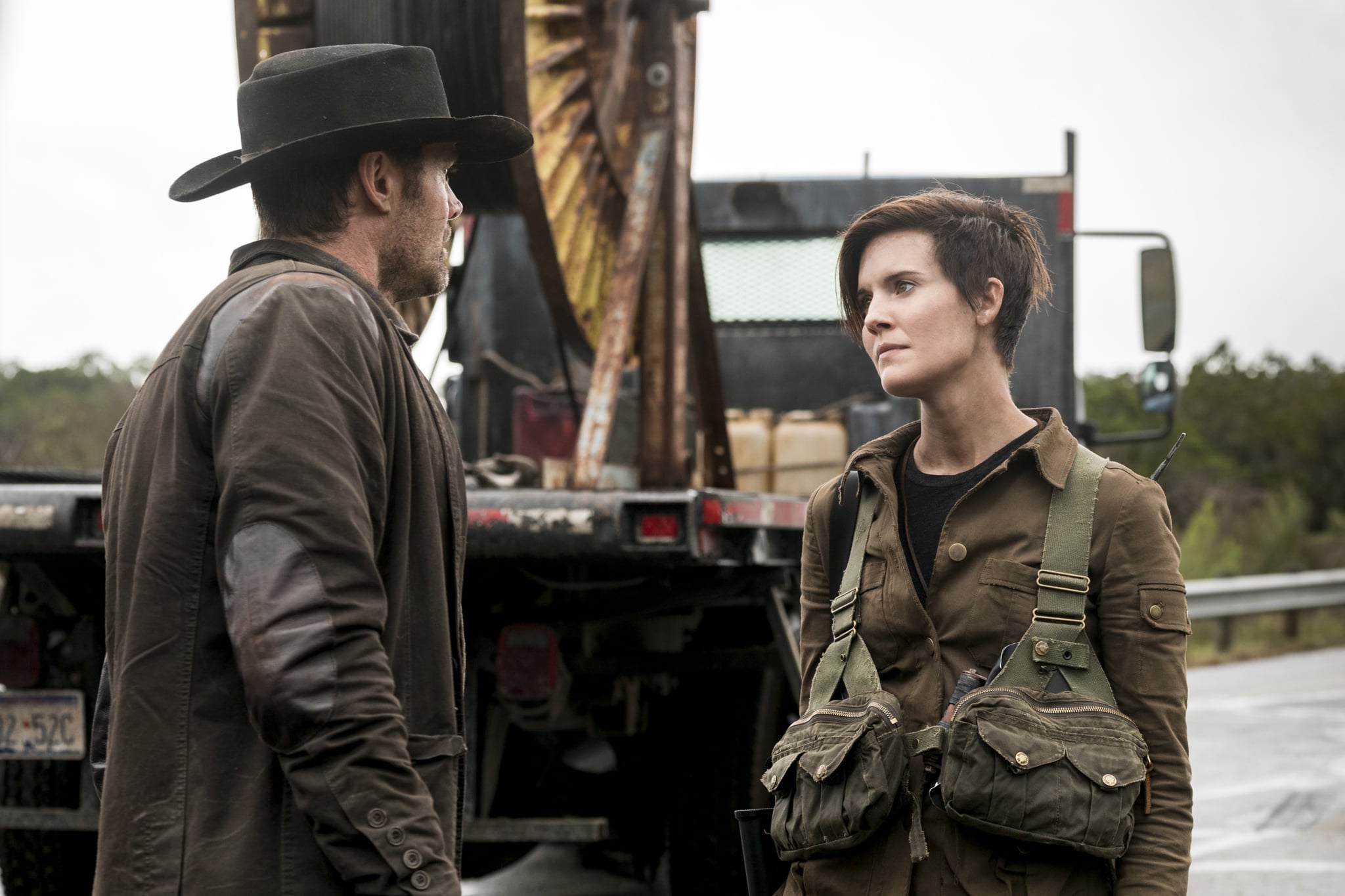 Spoilers for Fear the Walking Dead's season four premiere below!

When one door covered in zombie guts closes, another smeared in brains opens. At least, that's how it felt after watching the tense, shocking season-eight finale of The Walking Dead and then immediately switching over to the season four premiere of Fear the Walking Dead, which now stars TWD alum Lennie James in his Morgan role. A lot goes down in the episode "What's Your Story?," but one of the more intriguing elements is the show's new character, Althea.

Althea, also called Al, bumps into Morgan on the road after he decides to leave Alexandria behind. While there's not too much given to us about her backstory, it's instantly clear that she's not someone to be messed with. Just take one look at her — she's wearing green camo, has weapons strapped to her chest, and is driving a monster-size armored vehicle. What we do know is that the character is played by Lost and Taken actress Maggie Grace, and it's revealed that Althea was a journalist before the apocalypse. She's making it her mission to collect scraps of information and stories about survival in this new world.

In addition to her impressive arsenal of weapons, she carries around a video camera, which she uses to interview Morgan. She pumps him for information about where he's coming from and what the communities in Virginia were like. Naturally, she also wants to know what Morgan's deal is — if his former group was so great, why is he wandering around the road by himself? What we want to know is if Morgan is right to trust Althea. According to Grace, she'll be an interesting character to get to know.

"It's really relaxing and fun to be able to play somebody that's both unusually capable and emotionally deep and somebody that's driving in this world," Grace told ComicBook. "It's just great to see a chick character that has an agenda! She makes mistakes. She has a transactional side. She's an interesting person that has a lot of freedom as a character in a way that you don't always see with female characters."

At the very least, it sounds like she'll be able to hold her own with Morgan.