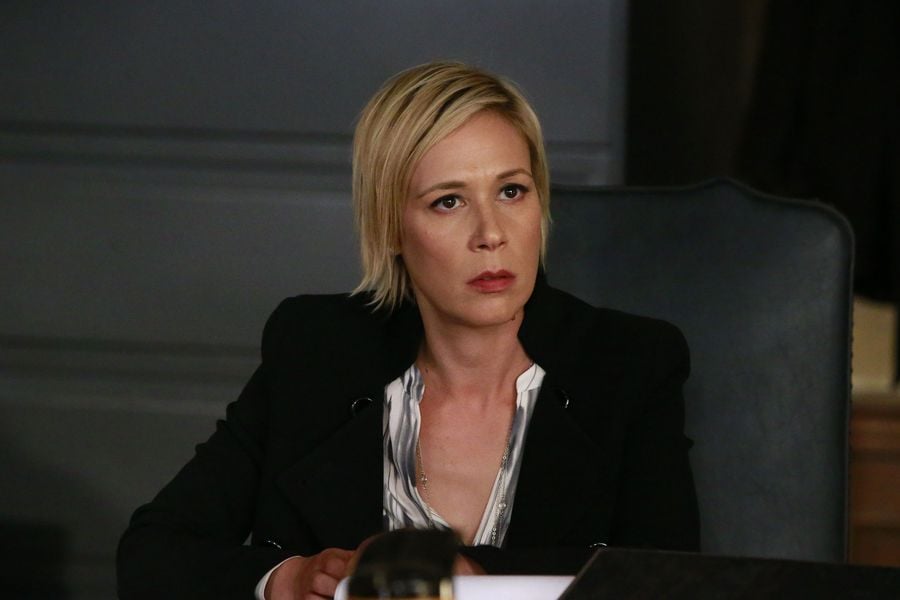 Rather than a bang, the season three premiere of How to Get Away With Murder ends with a body, and after episode two, we've only ruled out one possible candidate. While most of the first episode revolves around a seemingly random immigration case, the premiere closes out with Annalise struggling to see a dead body being wheeled from her fiery home, then having a complete meltdown. Who's under the sheet, and why is her house engulfed in flames? As the promo promises, each week we'll find out one character who isn't the dead body — so far we only know that it's not Oliver. While Viola Davis didn't actually know who was supposed to be the body when she acted in the scene (she acted with a dummy), the show's executive producer Pete Nowalk said the person is "pivotal" to the series. So, who is it?