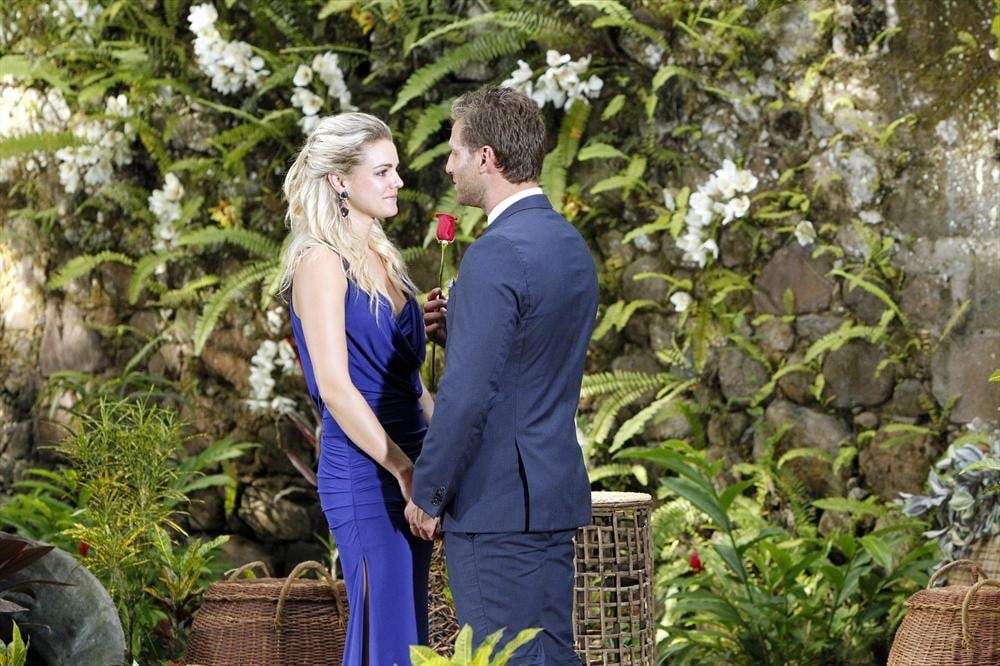 And with one final "ess OK," Juan Pablo's season of The Bachelor has come to an end. The 32-year-old Venezuelan soccer player — who managed to get in trouble every step of the way — chose to give his last rose to Nikki Ferrell, 23, from Kansas City, MO, after a twisty finale that had all but indicated the he would choose Clare.

Juan Pablo had almost scared Clare off completely by telling her something disrespectful and "sexual" while the audio wasn't hooked up. He reassured her the next day that he really liked her and wanted kids with her in the oddly specific time period of one year and two months. Then he sent her home. To everyone's delight, she did not go quietly into that sunny beach. "What you just made me go through, I would never want my kids to have a father like you," she said. Once she had walked out of earshot, Juan Pablo muttered, "Wow, I'm glad I didn't pick her." Cue the entire audience's boos.

Image Source: ABC
The BachelorTVJuan Pablo Galavis
Around The Web