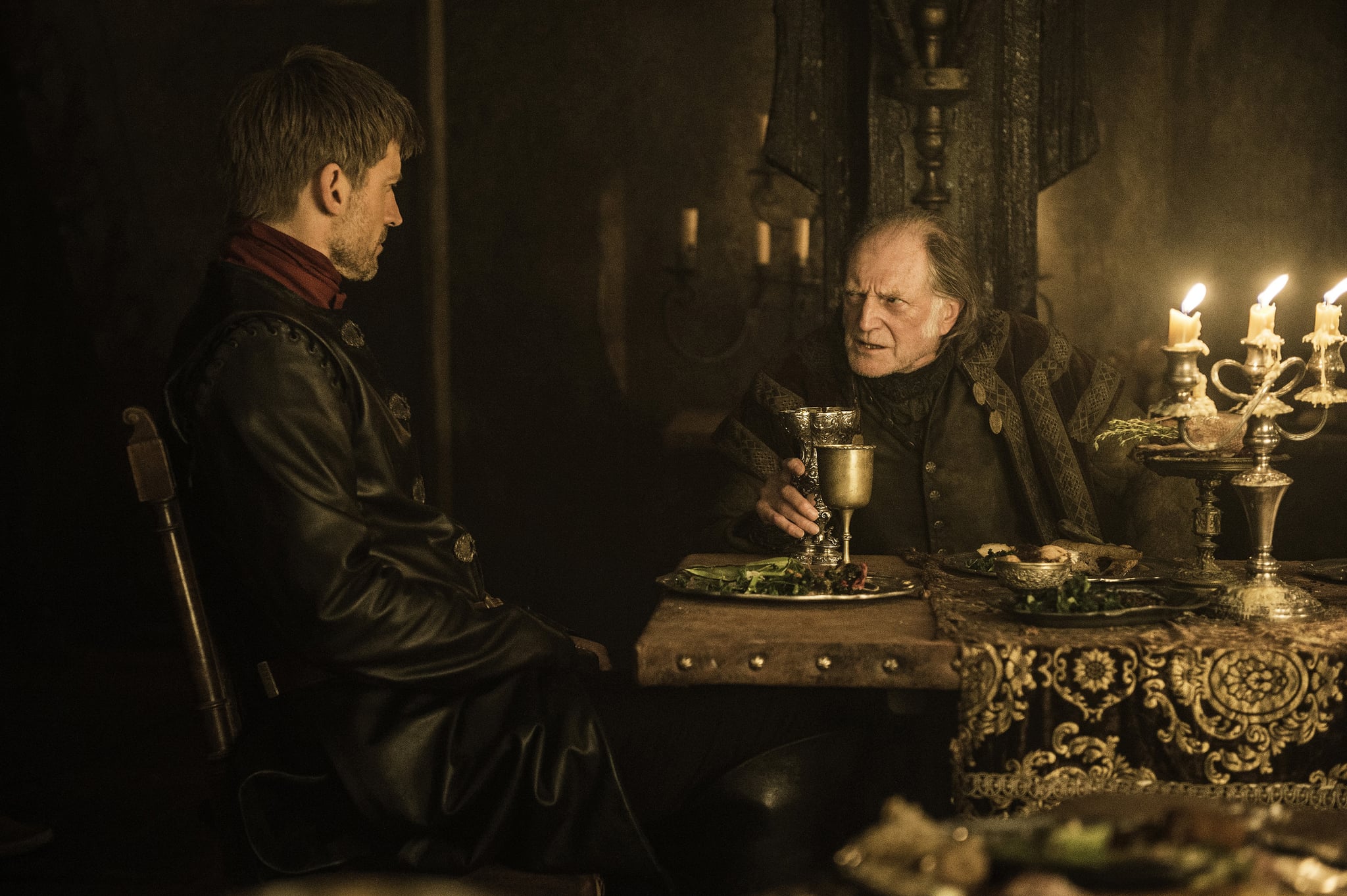 This week's Game of Thrones episode was a bloodbath the likes of which we haven't seen since the Red Wedding. Here are the major deaths that took place in the season six finale.

Qyburn has one of Varys's child informants lead Lancel Lannister, a former lover of Cersei turned follower of the High Sparrow, on a chase underground. The child stabs Lancel and leaves him to die alongside the kegs of wildfire under the Sept of Baelor.

Although Margaery is the only person quick enough to realize that Cersei had a scheme up her sleeve, she still isn't fast enough to escape the wildfire explosion Cersei sets at the Great Sept of Baelor.

Loras waives his right to a trial and confesses before the High Sparrow but tragically dies when Cersei and Qyburn blow up the Sept.

Mace Tyrell, who was at the Sept of Baelor to attend the trial of his son Loras, dies alongside his children.

The scheming High Sparrow makes a fatal mistake when he understimates Cersei and refuses to heed Margaery's warnings. He bars any trial attendees from leaving the Sept of Baelor and then perishes in the wildfire explosion.

Cersei's uncle Kevan, who slighted her in the past and supported Tommen's religious zealousness, was also killed in the explosion at the Sept.

The sycophantic Maester Pycelle, who has outlived several kings on Game of Thrones, finally meets his end at the hands of Maester Qyburn. Qyburn has Varys's child informants stab Pycelle to death so he can carry out his plan to torch the Sept of Baelor.

When Tommen realizes that Cersei has torched the Sept of Baelor and killed his wife and countless civilians, he removes his crown and jumps from the window of the Red Keep.

Walder Frey and His Sons

When a disguised Arya Stark serves Walder Frey his pie for dinner, he gets a nasty surprise. The meat pie is actually baked from the dismembered remains of his sons. Arya makes sure Walder knows he's eating his own sons before she reveals herself as a Stark and slits his throat in revenge for the Red Wedding.