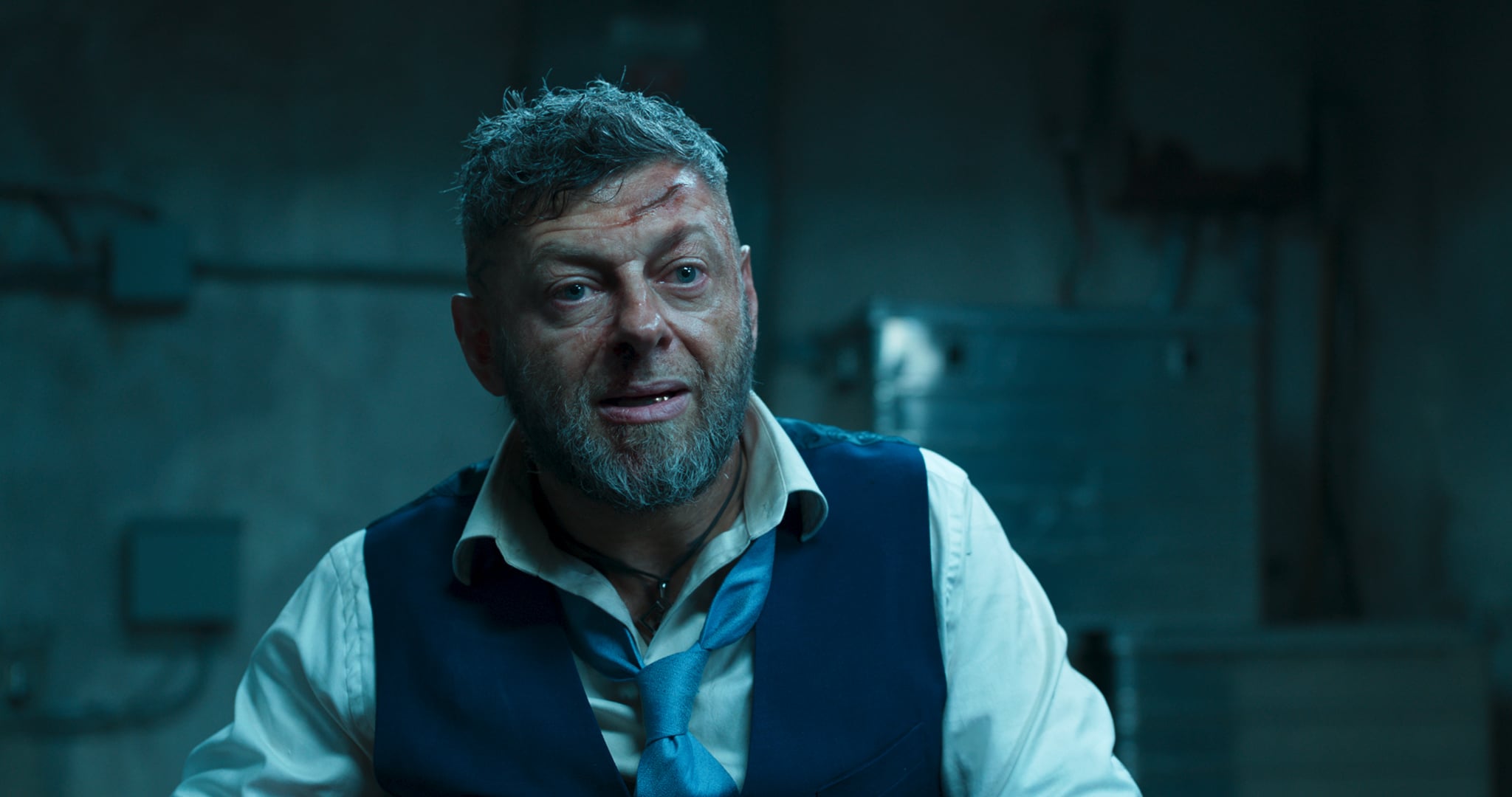 Marvel's unhinged antagonist in the newly released Black Panther is being portrayed by veteran actor Andy Serkis, which is fitting. He's done a remarkable job as Kong in King Kong, Snoke in the Star Wars franchise, and deceitful Gollum in The Lord of the Rings trilogy. We got a glimpse of his character in Avengers: Age of Ultron and now we finally get to see him transform into a one-armed supervillan.

If you haven't seen Age of Ultron or if you have and need a refresher on the role Serkis plays in Black Panther, continue reading for more insight.

Ulysses Klaue's last sighting is in Age of Ultron, where he ends up getting his arm severed by Ultron the evil robot. The tragic loss of a limb would make anyone turn cold . . . or colder. He teams up with another villain, Erik Killmonger (Michael B. Jordan), who is bent on destroying T'Challa's (Chadwick Boseman) plans for Wakanda, the fictional African nation. Both antagonists are after Vibranium, the element that is responsible for secretly making the country into a technologically advanced society. Although Klaue is South African, he doesn't want what's best for the African nation. He's a miner and an arms dealer, and he's willing to sell to the highest bidder.

"He's a smart guy in the sense that he's a businessman as well as an arms dealer. He manages to cover his tracks," Serkis told ScreenRant during a visit to the set. "He has a mercenary army that works with him in different locations all around the world and he's able to go down rabbit holes and appear in other places. He's got the smarts, but he's also a little whacked out."

Neve Campbell
The Latest Scream Was Filled With Twists and Turns, So Let's Break Down That Ending
by Amber Frost 10 hours ago