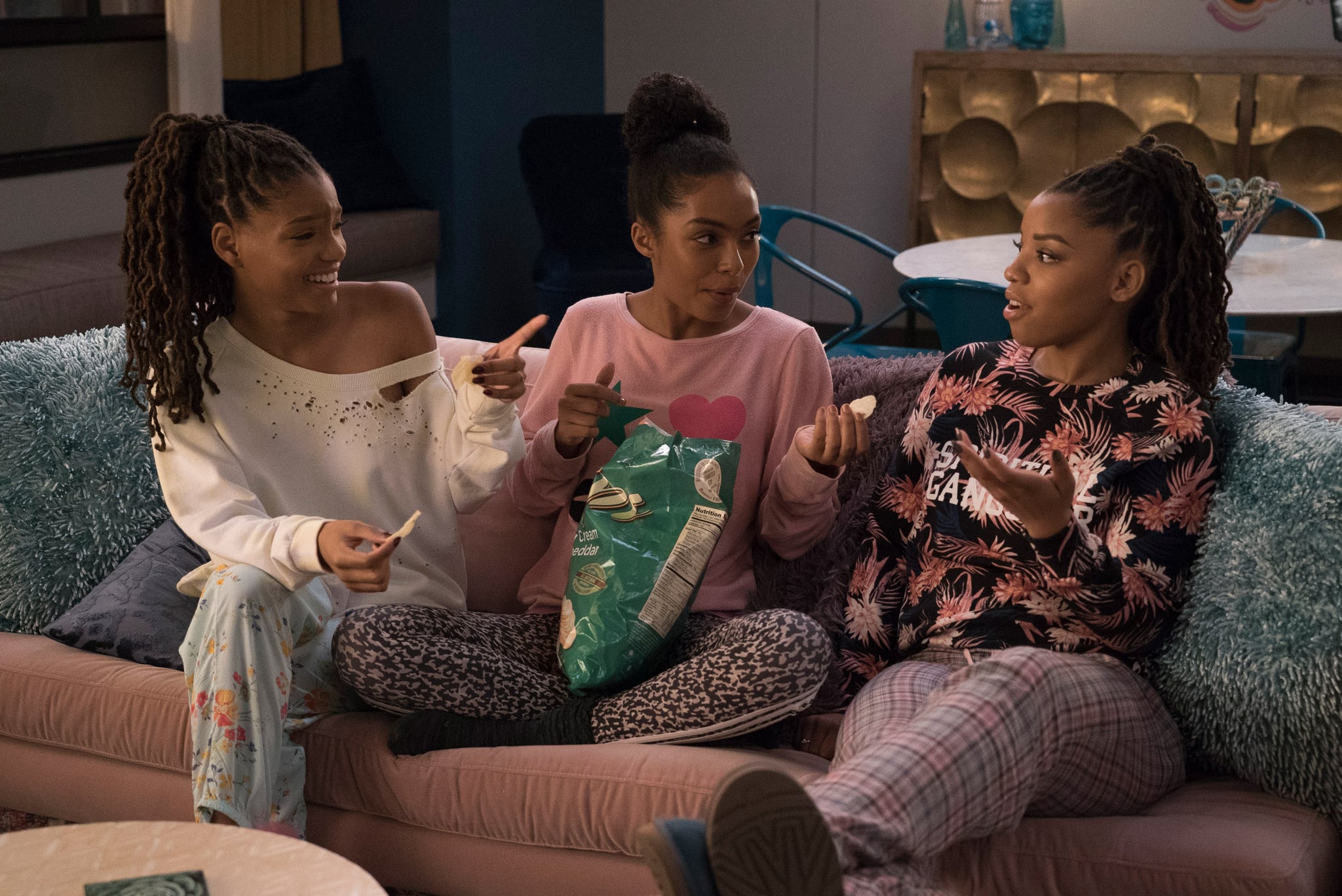 When Freeform's Grown-ish returns on June 5, there will be at least one headline-grabbing new cast member. Jordyn Woods, the actress and model at the center of the Tristan Thompson cheating scandal, is set to join the teen drama's cast. The role marks Woods's acting debut; up to this point, her career has mostly been based in the modeling world. Kylie Jenner's ex-best friend is set to be a guest star, not a series regular during the second season, but the exact number of episodes she'll be in is currently unknown.

According to People, Woods will play a character named Dee, a college freshman a year below sophomore Zoey Johnson (Yara Shahidi). The casting notice describes Dee as a "sweet soul with a soft-spoken and sincere vulnerability." People also confirmed that Woods's first episode will come later in the season, reporting the date of her debut episode as July 24, over a month after the series returns.

Related:
These Snaps of Yara Shahidi and Luka Sabbat Will Have You Holding Out Hope For #TeamZuca

Woods shared the news by posting a sneak peek cast photo on her Instagram on May 30, sharing her excitement over her first acting gig.

"I've been waiting to share this with you guys but I am SO excited to guest star on this season of #grownish it returns June 5th on @freeform ✨ This was the first role I've ever booked and I was nervous at first but I got past that and had the best time🙏🏽 take risks and stay consistent to your journey, you never know what the world has to offer," she wrote.

Grown-ish, now in its second season, is a spinoff of ABC's acclaimed sitcom Black-ish. The series follows the eldest daughter of the Black-ish Johnson family, Zoey, as she navigates being away from her family at college and figuring out her life in between childhood and adulthood. In the second season, Zoey struggles with an unexpected challenge: finishing out her sophomore year without her parents' financial support after she nearly got expelled for being caught cheating on a test. Woods will join a cast that also includes Trevor Jackson, Luka Sabbat, Francia Raisa, Emily Arlook, Jordan Buhat, Chloe Bailey, Halle Bailey, and Deon Cole.