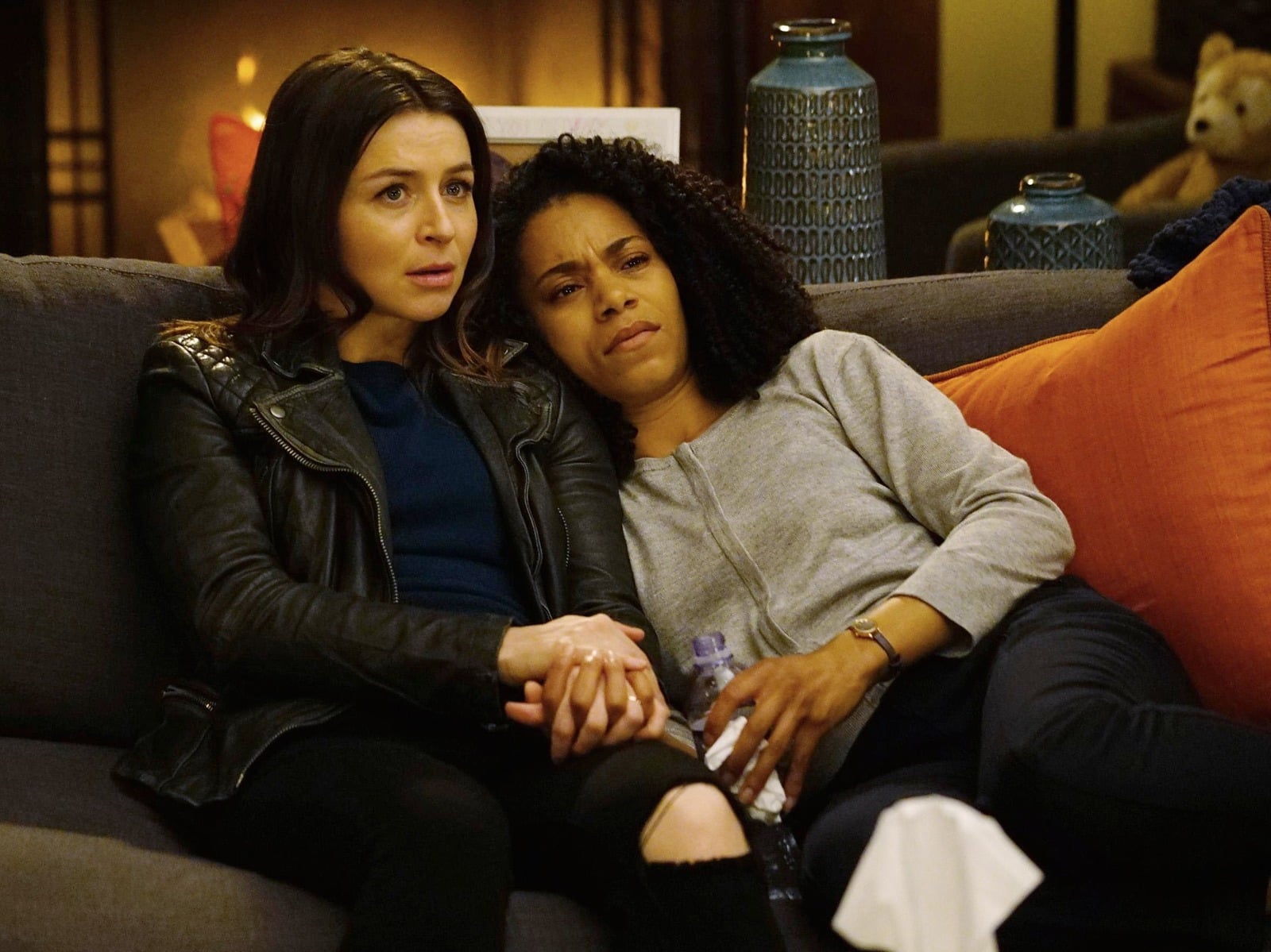 The house where Meredith Grey grew up has had a lot of occupants over the course of Grey's Anatomy's 15 seasons. The first people to move in with Meredith were George and Izzie way back in season one, but in the years since, Alex, Cristina, Callie, Arizona, April, Jackson, Lexie, and of course, Derek and the three Grey-Shepherd children have all lived in the house at one time or another. For a while, Meredith and her family move out of the house and into the dream home that Derek built for them, but they return shortly after his death at the end of season 11.

Since then, in addition to Meredith and her kids, the house has been home to Derek's sister Amelia, and Meredith's half-sister Maggie. While the three did not grow up together, and only Maggie and Meredith share a biological connection, they have claimed each other as family. These three women aren't just friends; they're sisters.

It's a perfect situation for Meredith, who lost her husband to tragedy and isn't prepared to fully invite another man into her life but also doesn't want to raise her children alone. But it's also allowed Maggie, who grew up brilliant and nervous and unfairly criticized by jealous peers, and Amelia, who has never felt like she fits in with her own family, to thrive. Individually, it's easy for them to sink into self-criticism and doubt, giving in to the urge to become "dark and twisty" and overwhelmed by the relentless difficulties of the world around them. But in living together, they're able to see themselves through each other's eyes and can support each other even when they're having a hard time supporting themselves. 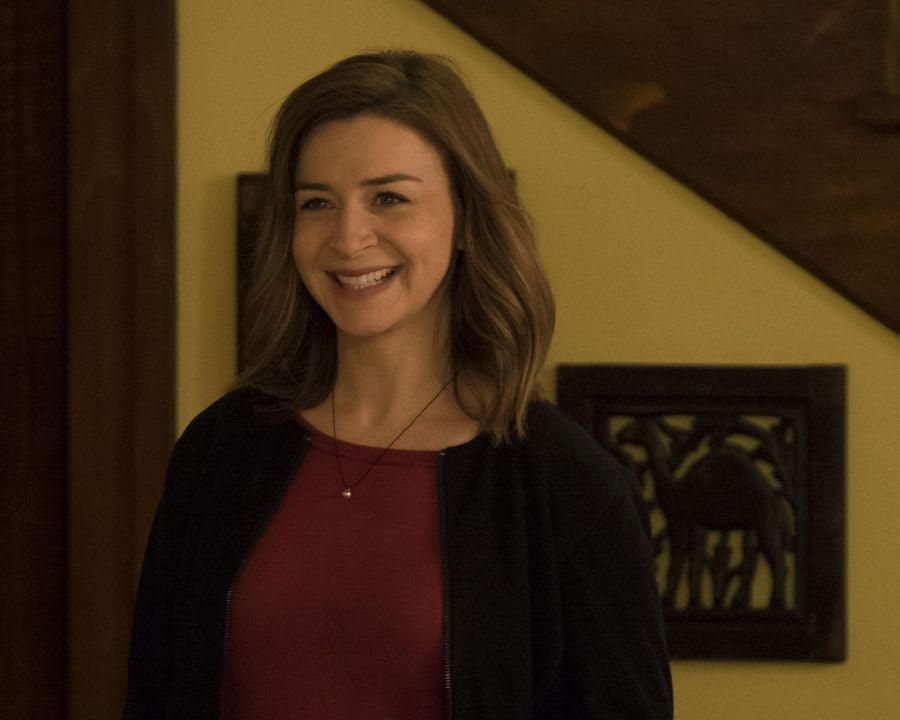 This isn't the first time Grey's Anatomy has leaned into the concept of the family you choose being just as important as the family you're born into. Before Maggie or even Lexie, Meredith was calling Cristina Yang her sister, she's often admitted that Richard Weber feels like more of a father to her than her own biological father, and her kids refer to Alex as "Uncle." Even outside of Meredith herself, there's hardly a character at Grey Sloan Memorial who wouldn't refer to at least one other person on the show that they're not related to as "family."

But the close bond among Meredith, Amelia, and Maggie feels a little different than the other found-family relationships on the show. It rarely pulls focus, humming along quietly in the background as both aunts pitch in to help with Meredith's kids, as they discuss their love lives around the kitchen island, and as they carpool together to work in the mornings. Sister House is not a place of drama and angst, like so many other places on this show, but of warmth, acceptance, and safety. It's a refuge where each of these women, who has been through so much, can return to and know, without a doubt, that they are home.

Never has this been clearer than at the end of the season 15 episode "The Good Shepherd," which spends most of its runtime following Amelia as she returns to New York and interacts with her biological sisters. Amelia spends the episode on edge and feeling small, worried that none of her accomplishments will be enough for her sisters and then furious when they prove her right. She goes through an emotional wringer that leaves her exhausted, frustrated, and hungry for escape. 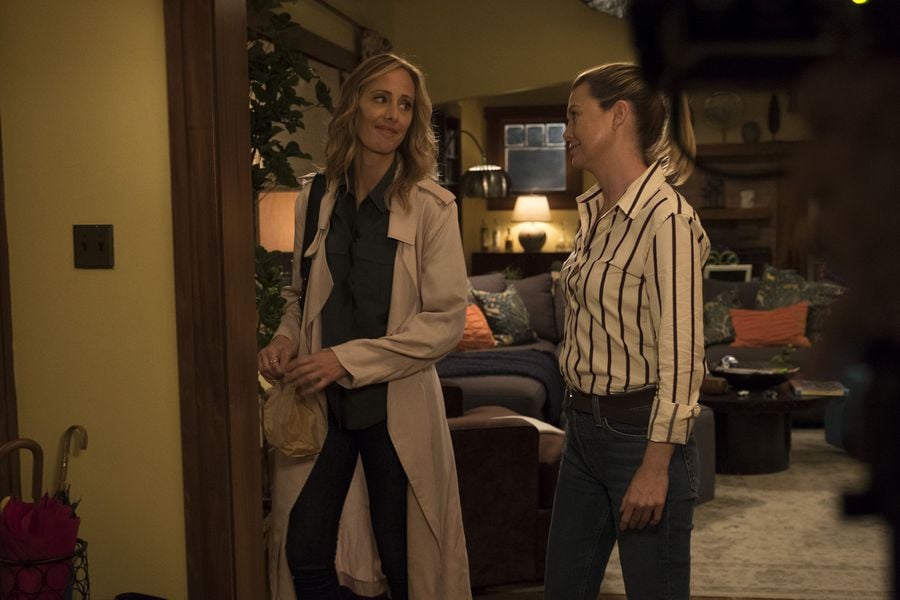 The Amelia of the past might have retreated into pills or booze after such a draining experience, searching for solace at the bottom of a bottle. Especially for anyone who watched her on Private Practice, we know all too well how strong the pull of chemical comfort is for Amelia and how difficult it is for her to resist. But the Amelia of the present has somewhere else to turn, somewhere safe where she knows she is fully accepted and fully loved, exactly as she is.

The end of the episode finds Amelia walking into the kitchen of Sister House, where Meredith and Maggie are already seated at the table. Amelia immediately begins to dish on everything she's gone through, and as she does, her body language communicates pure ease and contentment, as she settles into a chair and leans toward her sisters, her arms stretching across the table like roots seeking nourishment.

This was nowhere near an isolated incident; the sisters have often turned toward one another for comfort, support, and strength. Any time one of them faces a trial, the other two close ranks behind her, presenting a united front against whatever obstacle life throws at them, be it romantic troubles, illness, or parenting struggles. It's one of the implicit contracts of Sister House: the sisters are a team, and they will always have each other's backs, no matter what.

As season 15 draws to a close, it looks as though Maggie will soon be leaving Sister House to move in with her boyfriend, Jackson. When the time comes for her to go, Meredith and Amelia will likely be as they've always been with one another: supportive, honest, and fiercely loyal. They're not going to sugarcoat it if they think one of them is self-destructing, but if a decision is good for one sister, then it's good for Sister House. They'll bid Maggie farewell with smiles, hugs, and — if we're lucky — dancing.

And if it doesn't work out between Maggie and Jackson? Well, that's the great thing about Sister House: the door is always unlocked, and family is always welcome.