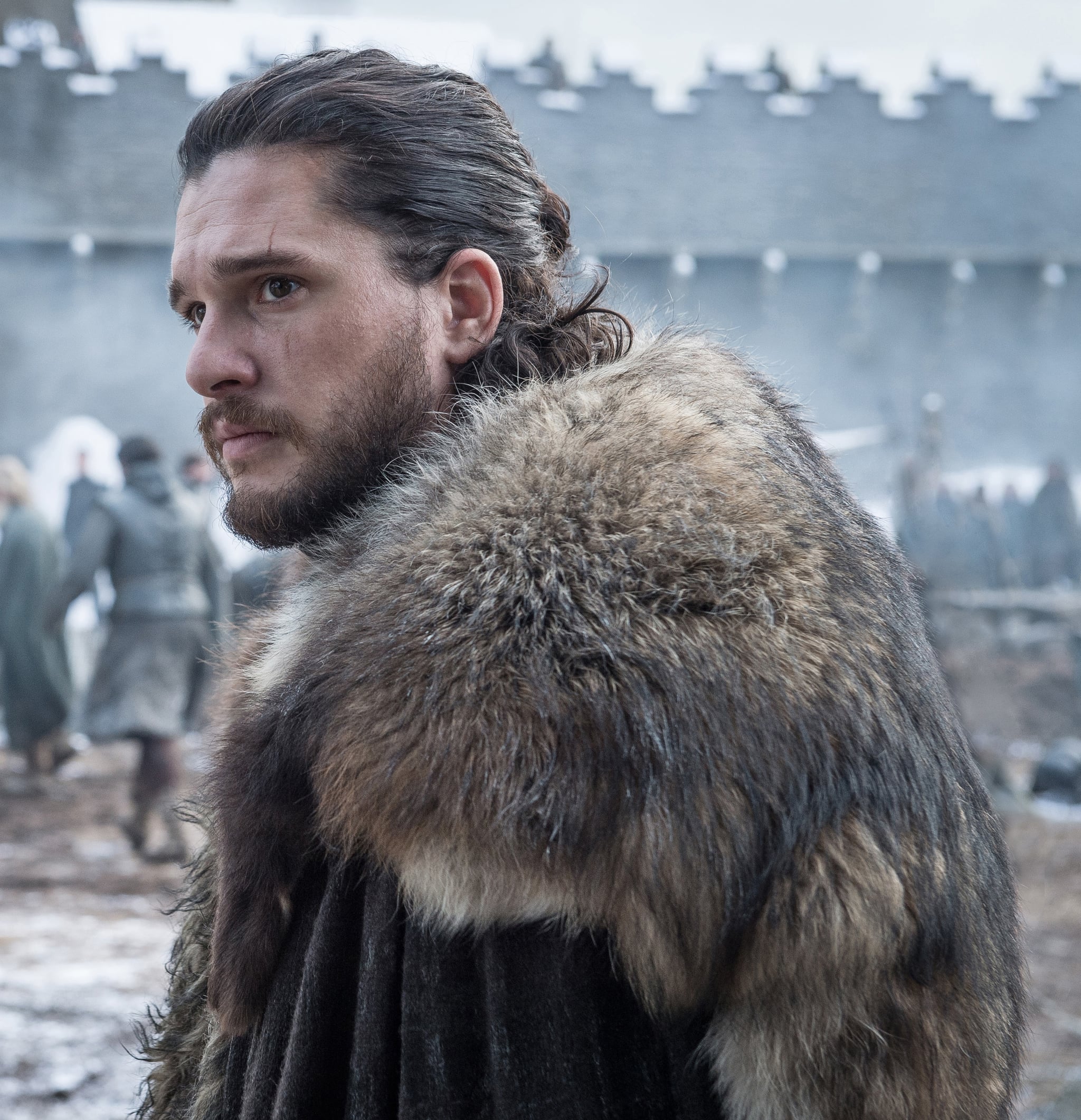 Warning: Game of Thrones spoilers ahead. Proceed with caution!

The Stark's army got a little bit bigger thanks to an assist from an old Northern House in the Game of Thrones season eight premiere. Shortly after Daenerys and Jon arrive with reinforcements in preparation for the army of the dead, little Alys Karstark stays true to her word by having her bannermen join the camp at Winterfell. Like Lyanna Mormont, the young woman is a leader before her time, but she's proving to make smart decisions already.

In season seven, Jon grants Alys a pardon for her father's betrayal during the Battle of the Bastards. The Starks and Karstarks have been allies for many years, with the Karstarks serving as a vassal house under Ned Stark. Their bond begins to fracture in season three, when Robb Stark beheads Rickard for murdering two Lannister boys who were under his protection. Rickard's son, Harald Karstark, then becomes the Lord of the Northern House and supports Ramsay Bolton during the Battle of the Bastards. He dies during the battle, leaving his daughter in charge, and Alys wisely pledges her House to the Starks once more.

Related:
Why Did Jon Snow Leave Winterfell — and What Does His Return Mean?

With the Night King heading toward Winterfell, it's important for the Northern houses to stand united. Although Daenerys's army is vast, it's not enough to stave off the dead. She and Jon need as many allies as they can get, and since the Karstarks are an influential Northern House, it's vital that they have them on their side. The Unsullied and Dothraki are skilled warriors, but they don't know the North, and they have no sway there.

In contrast, the Karstarks are the North, and their men know how to fight in the snowy terrain. That makes them an asset on a number of levels, and if enough of the Karstarks survive the coming battle, they could also be instrumental to winning the rest of the Northerners over for Daenerys (or Jon) when it comes time for the Dragon Queen to make her play for the Iron Throne.

Their recent history with the Starks is messy, but the bond that exists between the two Northern houses is proving to be a strong one deep down. Alys is committed to the pledge she made to Jon, and even though she stands to lose men in the battle against the dead, she seems convinced that she's doing the right thing. We'll have to wait and see just how large of a role the Karstarks play in the final season, but for now, they're rallying around Jon as he prepares for the biggest battle the North has ever seen.