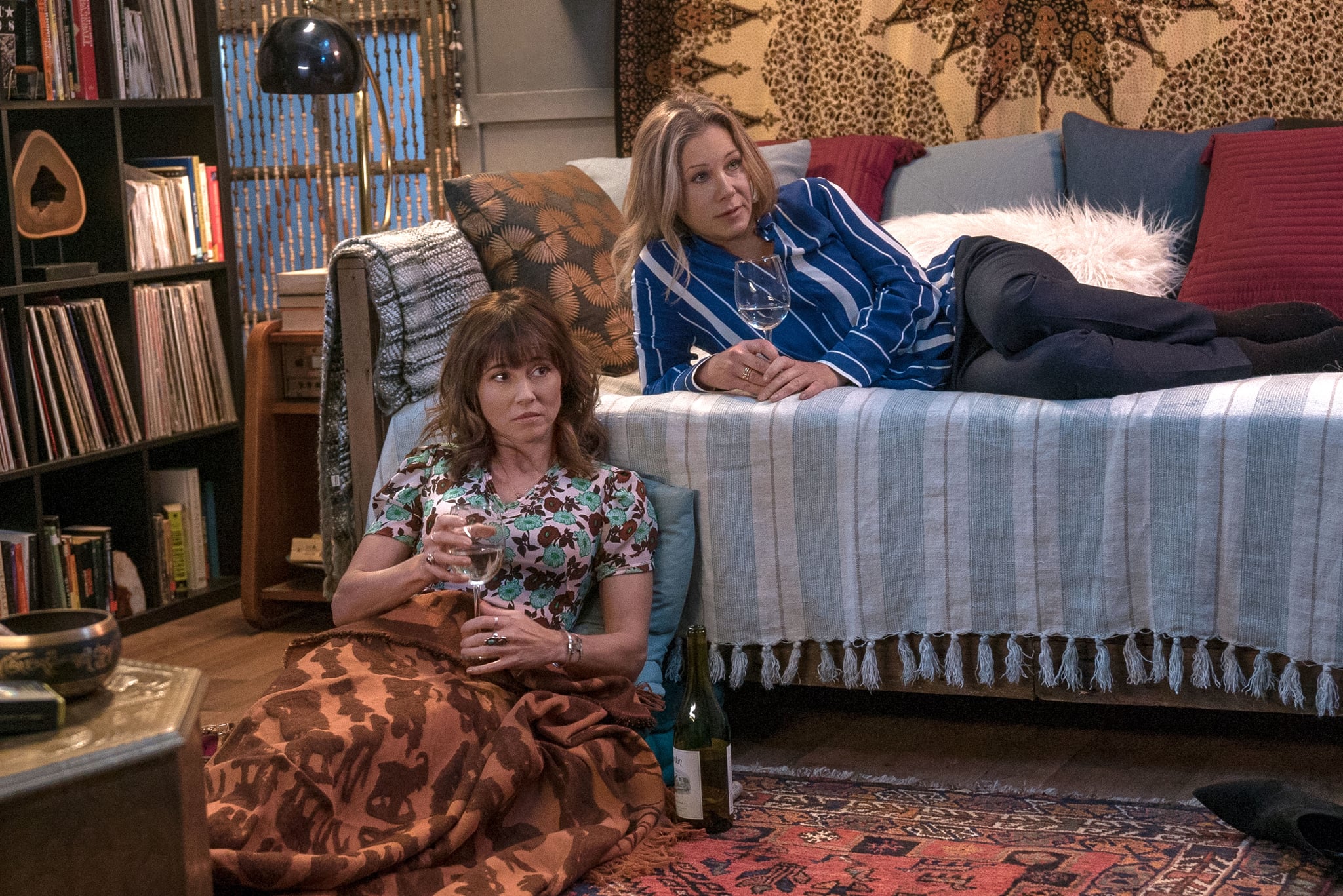 Warning: major Dead to Me spoilers ahead!

Dead to Me stars Christina Applegate as a mom of two who just lost her husband to a hit-and-run driver. Her character, Jen Harding, is understandably filled with rage over the circumstances of the accident, and she wants to know who could be callous enough to just leave Ted by the side of the road and drive off. But we actually find out pretty early in the first season of the show who the murderer is — it's her friend Judy, played by Linda Cardellini.

Jen first meets Judy at a grief support group, but of course, she doesn't know she's her husband's killer. At first, Judy claims she is seeking support following her fiancé Steve's death. We learn this is a lie when Jen goes over to the home she believes is Judy's, and Steve answers the door. It turns out Judy's relationship with Steve is what died after the couple suffered five miscarriages, which Judy admits has made her, understandably, a little crazy. Jen forgives the lie, even inviting the now-cast-out Judy to move into the guest house Ted used as a music studio.

Related:
Dead to Me Is Officially Returning For Season 2, So Get Ready For More Jen and Judy

Claiming Steve died won't be the first untruth Judy tells. Dead to Me is full of plot twists, and the next one is a doozy: Judy has intentionally sought out Jen because she wants to help her and feels guilty for what she's done. Yep, the woman now living with the Hardings is who hit Ted by accident late one night, then drove off, which we learn through a series of flashbacks. Steve was in the car with her, and we soon find out he urged her to leave the scene of the crime. Of course, that doesn't excuse what she did, and she knows it. It's clear part of her wants to come clean, as evidenced when Judy takes the blame after Jen vandalizes a car that drives too fast in her neighborhood. Judy even gets romantically involved with a police detective during a weekend grief retreat and enlists his help to find Ted's killer! Does she want to get caught?

Meanwhile, the other part of Judy is doing everything in her power to prevent Jen from finding out who killed her husband. As Jen and Judy bond during late nights drinking wine by the pool and over struggling to deal with the many losses that have changed both of their lives, Judy asks if finding out who is behind the hit-and-run will really bring Jen peace. As for what comes next, well, you'll just have to watch the show on Netflix to see the details.