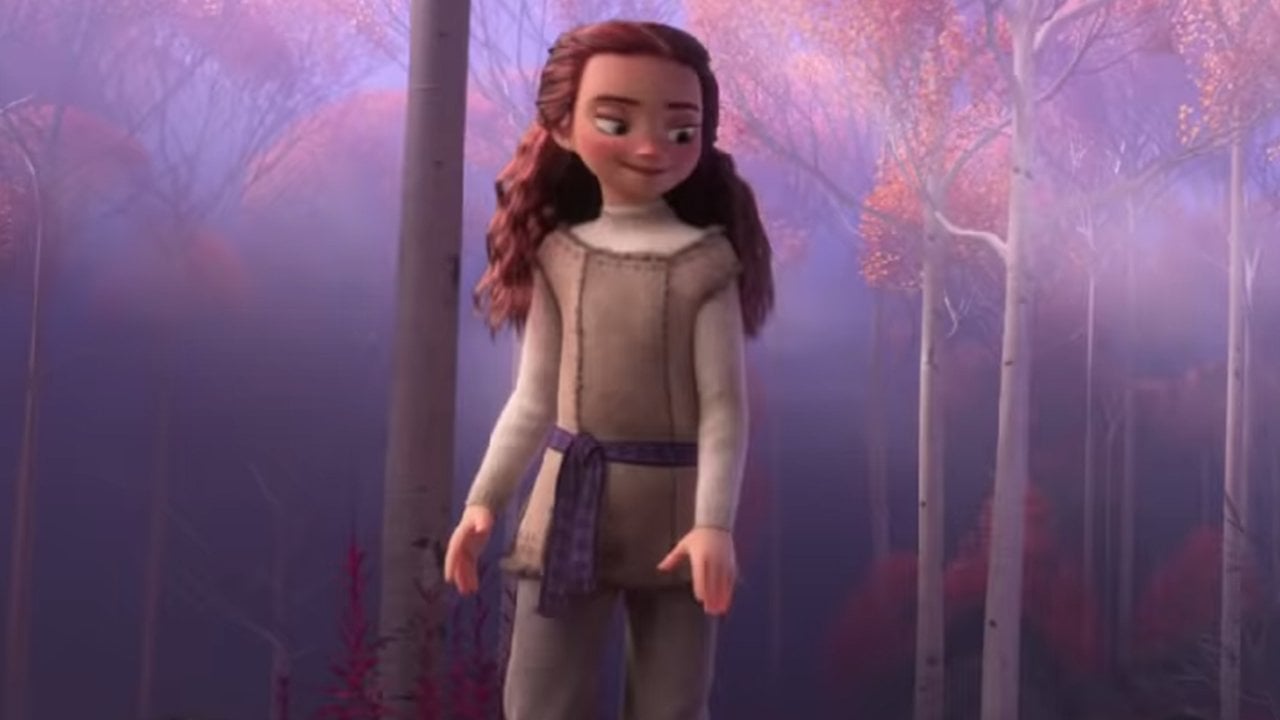 Even though the trailer for Frozen 2 has been released, we are more confused about the long-awaited Frozen sequel than ever. Is Arendelle no longer frozen? Are we even in Arendelle anymore? What made Anna switch from her usual braids to a brand new 'do? Though Elsa, Anna, Kristoff, Sven, and Olaf are all back in action, you'll also notice that there are two new characters seen in the trailer, glimpsed in a forest about one minute and 24 seconds into the clip. There have also been two new voice actors added to the cast. Coincidence? Perhaps. But here's what has been speculated about these two new characters so far.

If you haven't already heard the biggest question surrounding Frozen 2, it has to do with a new love interest, this time for Snow Queen Elsa. Ever since the original film's release in 2013, speculation has been swirling about Elsa's sexuality, with "Let It Go" interpreted by some as a potential LGBTQ+ anthem. In an interview with the Huffington Post last year, Jennifer Lee, the film's co-director and writer, said that she listens to fans and is actively thinking about the proposition of a queer Elsa, with "tons of conversations about" Elsa's role in the sequel taking place.

Idina Menzel, who is reprising her role as Elsa, has also said that — though she "can't promise anybody that that's what's gonna happen" — she also likes the idea of her character having a female love interest. So the question begs: Could that unknown female character in the tunic and pants be Elsa's new girlfriend? Kristen Bell, who voices Princess Anna, teased fans with a cryptic tweet, where she responded to a fan with the username "Give Elsa a Girlfriend" asking about the mysterious red-headed girl with this simple message: "Hmmmm. . ." Hmm, indeed!

It also appears from the trailer that the girl may have Elsa's same elemental abilities (except hers have to do with controlling Autumnal elements), as the boy next to her pops up in a spinning pile of leaves. Some fans are theorizing that these two characters are Anna and Kristoff's children, as they bear a passing resemblance to the lovebirds, but if Anna and Kristoff already have kids this old, then they have aged pretty darn well.

Related:
Is Elsa Shipwrecked? 4 Theories About Her Mysterious Part in the Frozen 2 Trailer

Besides the fact that we can't know with any certainty yet who these new characters are, we also have no idea whether they're actually voiced by the two new voice actors added to the cast: Evan Rachel Wood and Sterling K. Brown, though most fans are convinced that Wood will be voicing the auburn-haired leaf master, whoever she is. You might also notice that the trailer is missing a traditional Disney villain — besides that massive wave that Elsa battles, that is. Could that be Brown's role? We'll keep trying to solve this mystery, but in the meantime, we'll be staring at the Frozen 2 promo poster trying to find those clues Josh Gad alluded to in a tweet if you need us.