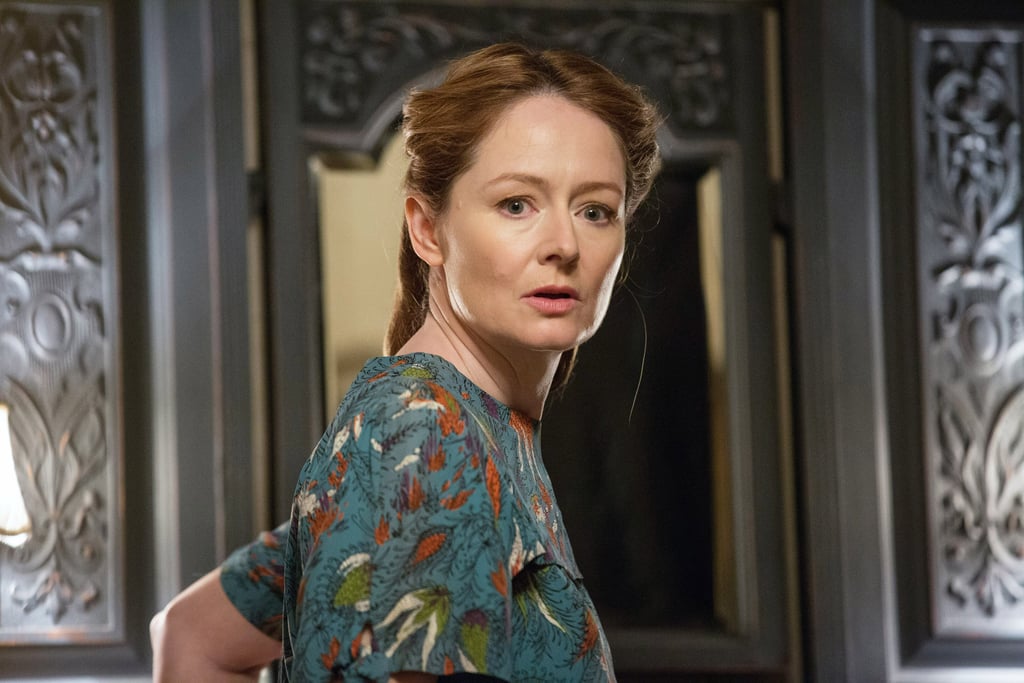 Everyone's favorite teenage witch is getting a modern update, thanks to Netflix's The Chilling Adventures of Sabrina. Set to premiere on Oct. 26, the highly anticipated series will present a darker version of the classic character Sabrina Spellman. The series comes from the minds behind Riverdale, and it stars Mad Men's Kiernan Shipka as Sabrina. As always, Sabrina's teenage witch years will be guided by her aunts, Aunt Zelda and Aunt Hilda. Comedic British actress Lucy Davis is set to play the more motherly of the two sisters, Aunt Hilda, while the stern Aunt Zelda will be played by Australian actress Miranda Otto.

Otto is no stranger to the fantasy and horror genres. She's best known for her role in Peter Jackson's Lord of the Rings films, in which she played the fierce shieldmaiden Éowyn. Her iconic character was one of the movie's few female heroes, and a kickass one at that. In 2005, she followed up her stay in Middle Earth with a role as Tom Cruise's wife in the remake of War of the Worlds. More recently, Otto joined the expanded The Conjuring universe when she starred in the spooky 2017 feature, Annabelle: Creation.

Long before she was starring in major blockbusters, Otto got her start in small Australian films like 1987's Emma's War and 1993's The Nostradamus Kid. The actress's early film roles tended to be serious in nature, which will no doubt help her channel Aunt Zelda. In 1998, a small role in The Thin Red Line signaled Otto's arrival in Hollywood, and she solidified her status as a go-to character actor when she played the creepy next-door neighbor of Harrison Ford and Michelle Pfeiffer's married couple in 2000's What Lies Beneath. It wasn't long after that when Jackson cast her in Lord of the Rings and she started to appear in big-budget films like Flight of the Phoenix.

Recently, Otto's television work has been garnering her more attention as she focused on the small screen. While her Desperate Housewives-esque series Cashmere Mafia was short-lived, Otto's role as double agent Allison Carr on Homeland garnered her praise from critics. She followed up her time on Homeland by joining another high-octane series, 24: Legacy. Now Otto seems more than ready to step into the witchy role of Aunt Zelda, but before you tune in to The Chilling Adventures of Sabrina, take a look back at some of the Aussie actress's best roles.

Netflix
The Most Intriguing Mystery of Jupiter's Legacy? The Group's Journey to Becoming Heroes
by Grayson Gilcrease 5 hours ago

Netflix
Wowza! The Cast of Jupiter's Legacy Look Completely Different Out of Character
by Kelsie Gibson 7 hours ago