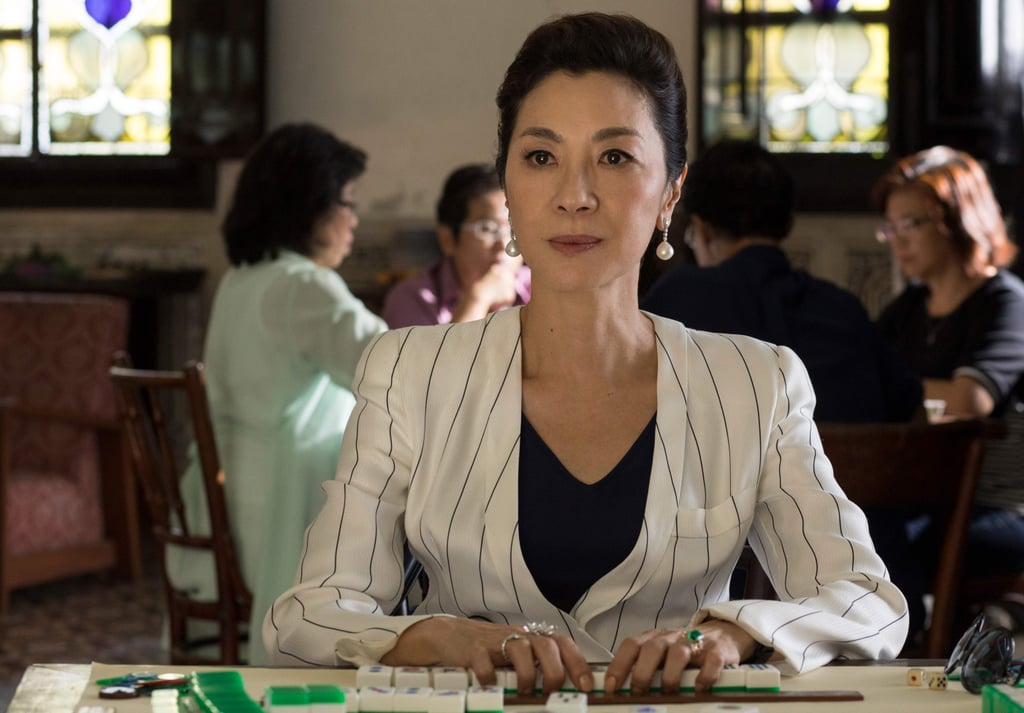 If You Have to Look Up This Crazy Rich Asians Actress, Where Have You Been?

The cast of Crazy Rich Asians has a mix of unfamiliar actors (it's the leading man's first film role!) and established fan favorites like Awkwafina and Constance Wu. But if you're wondering why the actress playing Eleanor Young, the status-obsessed, interfering mother, looks so familiar, there's a pretty good reason. Several reasons, in fact!

Actress Michelle Yeoh is one of the most famous action heroines in film history. She made her debut in the 1980s in a series of Hong Kong martial arts films under the screen name Michelle Khan. Yeoh was a former beauty queen, but she was no delicate prima donna — she did most of her own stunts!

With that kind of action background, it's no surprise her breakout international role was as Wai Lin in the Pierce Brosnan-era James Bond flick Tomorrow Never Dies. If you're wondering if she still did her own stunts on that movie, the answer is yes and no. She wasn't allowed to do the full-on stunt work, but because of her past work, she was able to perform her own fight choreography.

Yeoh went on to star in Ang Lee's 2000 classic Crouching Tiger, Hidden Dragon. She became one of Hollywood's go-to action ladies, with roles in other action/adventure franchises such as The Mummy. As a voice actor, she reprised her roles in those two films in their tie-in video games and also lent her voice to Kung Fu Panda 2.

In recent years, Yeoh turned her attention to TV, with roles in spy drama Strike Back and historical adventure Marco Polo. But you might recognize her from her most recent TV role on Star Trek: Discovery. On the series, she leads the way as Philippa Georgiou, a starship captain who continues Yeoh's tradition of playing women who can hold their own in a fight.

Eleanor Young might not whip out martial arts skills, but as Crazy Rich Asians fans know, a verbal sparring match with her will leave you just as defeated!