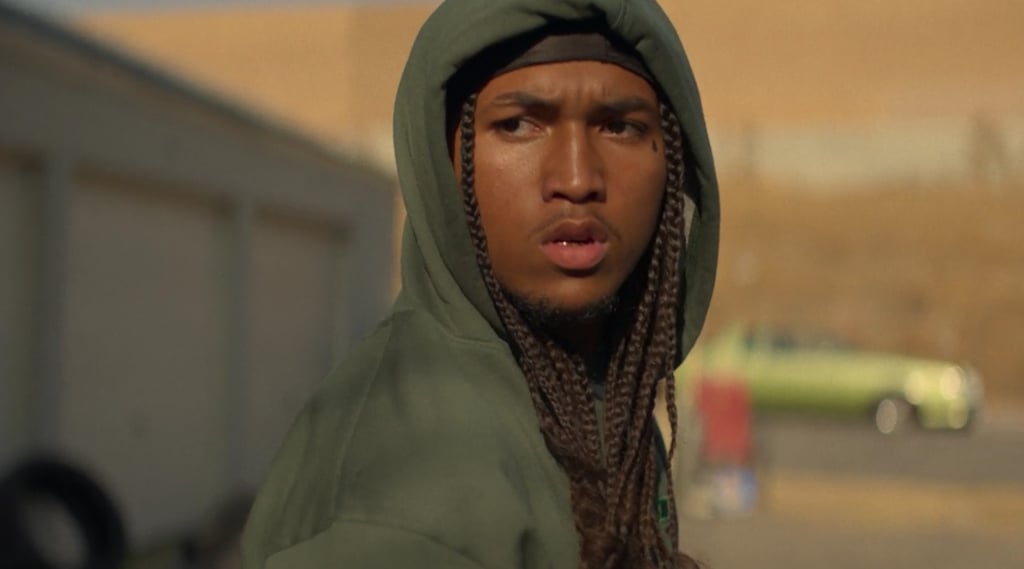 Warning: minor spoilers for On My Block below!

If you've seen the devastating season one finale of On My Block, then you know that Latrelle is an important part of how season two begins. After mistakenly shooting Ruby and Olivia at the latter's quinceañera when he shows up to kill Cesar in the cliffhanger episode, Latrelle's actions set off a domino effect of violence throughout their South Central neighborhood. Given the fact he's a member of the Prophets, who rival Cesar and his brother's gang, the Santos, the neighborhood is divided. The truce that's eventually called between them only lasts so long, leaving Cesar homeless and Latrelle determined to find him and finish the job he started at Olivia's party.

Since we don't want to spoil how their beef evolves throughout the season or who's left standing when the credits for season two's last episode roll, why don't we discuss the talented actor who plays Latrelle instead, hmm?

Jahking Guillory is the rising star who's taken on Latrelle's story, but the coming-of-age Netflix drama probably isn't the only place you've seen him. Guillory broke into Hollywood with a starring role in the film Kicks alongside Oscar winner Mahershala Ali and followed that up with an utterly heartbreaking turn as the charming, Pit-Bull-loving Coogie in Showtime's The Chi. (We're STILL reeling over what happens to his character, to be quite honest.) Fortunately, Guillory gets a bit more screentime in season two of On My Block, fleshing out Latrelle in new and interesting ways that give us more of an insight into why he shot Ruby and Olivia.

If you've already binged the second season (and we don't blame you one bit), you'll be able to catch the Long Beach, CA, native next in Free Spirit, a film project he's starring in with musician Khalid. In the meantime, scroll through some of Guillory's latest red carpet appearances to see what he looks like out of Latrelle's signature green hoodie.

Previous Next Start Slideshow
On My BlockTV