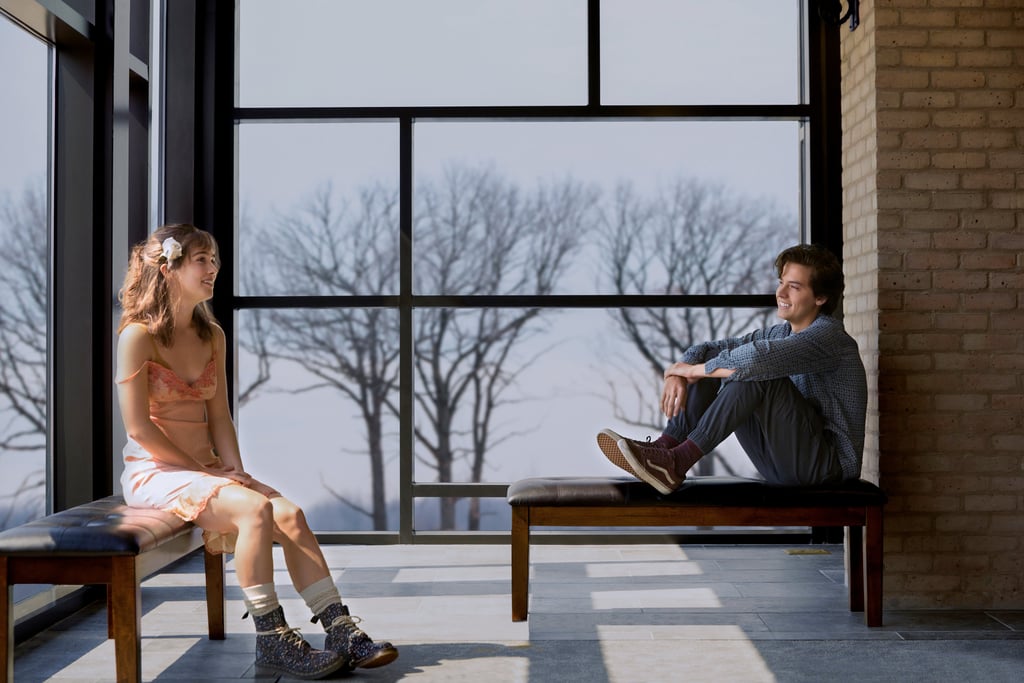 Haley Lu Richardson Is Dating Your Crush in Five Feet Apart, and Engaged to Your Other Crush IRL

Nestled in the heartstrings-pulling sentiment of A Walk to Remember and The Fault in Our Stars, the sweet trailer for Five Feet Apart probably had you feeling all mushy inside. Two teenagers with cystic fibrosis who can't touch each other? Tissues, please! Viewers may immediately recognize the male lead as none other than Cole Sprouse, who's more or less cemented in pop culture as Riverdale's Jughead. But if you're wondering why his costar Haley Lu Richardson looks so familiar, it's because you've probably seen her before. The young actress's work is known across both popular and independent circuits, so she should definitely be on your radar!

Richardson first started her work in entertainment as a dancer, training in a competitive dance company for years before moving to Hollywood at age 16 to pursue acting. After a handful of TV roles, including a recurring one in the Pretty Little Liars spinoff, Ravenswood, Richardson debuted her first two major features in 2014 — the post-apocalyptic The Last Survivors and rom-com The Young Kieslowski.

One of her biggest projects to date is her role in M. Night Shyamalan's 2017 thriller Split, in which she plays Claire Benoit, one of the teenage girls captured by James McAvoy's "Dennis" personality to be sacrificed to the Beast. You might also remember Richardson from another angsty teen drama before Five Feet Apart — she starred as Hailee Steinfeld's grounded and sweet BFF in The Edge of Seventeen in 2016.

Besides bigger crowd-pleasers, Richardson has also been praised for her work in slice-of-life indie projects such as Columbus and Support the Girls. In Columbus, she stars across John Cho as Casey, a young woman who resides in the small town of Columbus, IN, in order to take care of her mother, a recovering drug addict. While it's no blockbuster, Columbus is a great quarter-life crisis flick, as well as a cinematography delight with its lush shots of beautiful architecture. Richardson deservedly received critical acclaim for it, earning a Gotham Independent Film Award nomination for best actress.

Her somber persona flips a complete 180 in Support the Girls, in which Richardson portrayed Maci, Regina Hall's spirited right-hand woman at a Hooters-like restaurant. It should be noted that the underrated movie just so happens to be one of Barack Obama's favorite 2018 films. The same year that Support the Girls came out, the actress also starred in two smaller historical dramas — Operation Finale and The Chaperone.

You can check out updates about Richardson's life and projects on her Instagram, where she occasionally posts about her fiance Brett Dier (Michael from Jane the Virgin!) and her cute Etsy shop for crocheted goods. In the meanwhile, peek ahead to see her latest roles!