When it comes to Ryan Murphy shows, you tend to see a lot of familiar faces. This is especially true in the context of American Horror Story, which has a handful of stars who appear in many seasons. But sometimes, Murphy's favorite stars don't even stick to their own shows, and instead jump around into different worlds within the Ryan Murphy universe.

Quite a few stars have jumped from show to show: Connie Britton went from AHS to American Crime Story. Jessica Lange sauntered from AHS to Feud. Both Billie Lourd and Emma Roberts played a "Chanel" on Scream Queens and also joined AHS. And this week on American Horror Story: Cult, yet another (though admittedly much more inconsequential) Chanel appeared!

Actress Cathy Marks had a small role on Cult this week. During a flashback, Winter watches the final presidential debate (ouch) while drinking with two of her girlfriends. They have a "fun" conversation about what a landslide Hillary Clinton's win will be (double ouch). Marks's character, Dorothy, makes a comment about how the fight for women's rights has been going on much longer than the fight for civil rights. (Which, like, OK.) 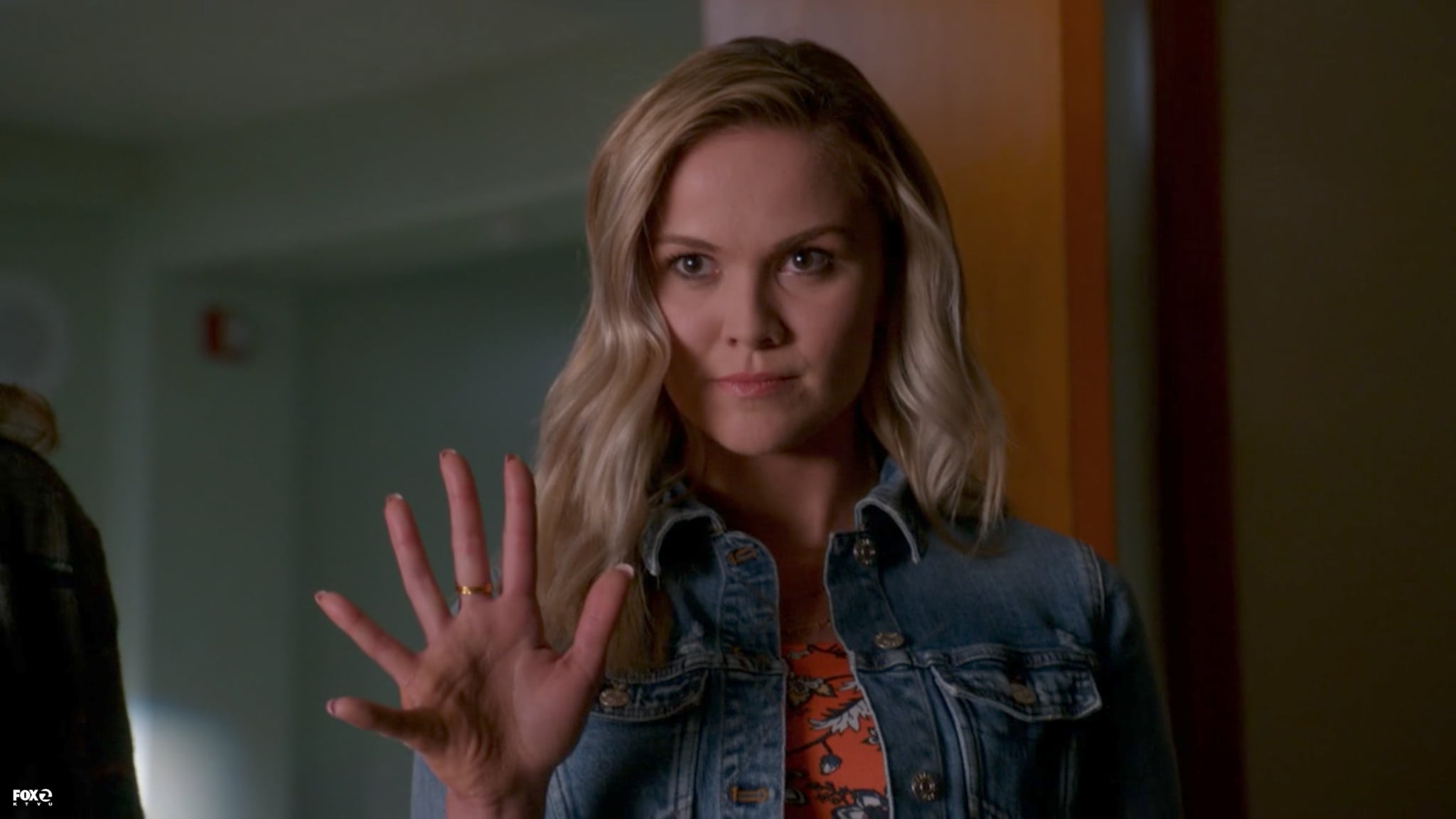 What you might not remember is that Marks also played Chanel #11 (yes, 11), in the second season of Scream Queens. In episode five, the main Chanels recruit a bunch of new Chanels (since the Green Meanie seems so set on murdering them). Cathy Munsch (Jamie Lee Curtis) then adds three more to the group, making the total 11. Marks's Chanel is originally named "Midge." She has 11 fingers. The Green Meanie murders her exactly one scene later.

While both appearances are pretty short-lived, it's always fun to watch as the lines of the Ryan Murphy universe blur. And who knows, maybe this means even more former Chanels will make their way on American Horror Story in the future. We're talking about you, Ariana Grande.

Aidy Bryant
Shrill Is Ending With Season 3, but It's Not Entirely Clear Why
by Amanda Prahl 18 hours ago

Nostalgia
Do You Have What It Takes to Become a Legend of the Hidden Temple? Now You Can Find Out
by Grayson Gilcrease 19 hours ago