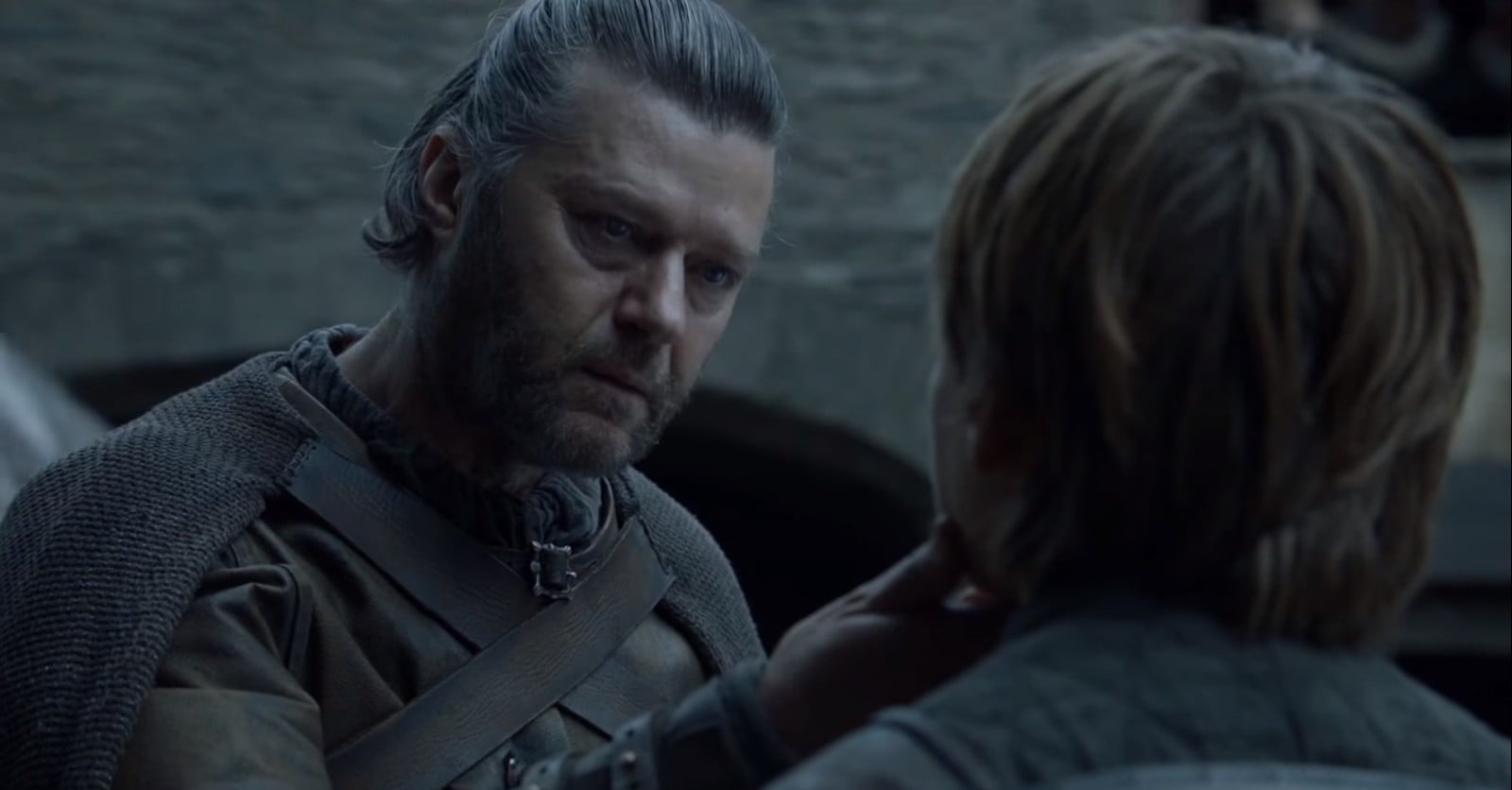 Thanks to Jon learning about the huge cache of dragonglass sitting beneath Dragonstone, and a little prodding from Tyrion, the King in the North and the Dragon Queen are finally going to meet on Game of Thrones. However, Jon's sister, Sansa, and his followers have some serious reservations about their king heading South to meet with a Targaryen — and for good reason.

Jon and Sansa's grandfather, Rickard Stark, never returns from his meeting with the Mad King, and his violent death leaves House Targaryen and House Stark with some major trust issues. Even Jaime Lannister believes Rickard's death by fire is something no person should have to suffer through, and the brutal way in which the Mad King dispatched the head of the Stark family is one of the reasons Jaime broke his Kingsguard vows.

Rickard is more than just a footnote in the runup to Robert's Rebellion though. Before he rides South in an attempt to save his oldest son, Brandon, from King Aerys's wrath, Rickard is Lord of Winterfell, Lord Paramount of the North, and Warden of the North. His many titles help explain why even now, the leaders of the great Northern houses believe no Targaryen should be trusted. Under Rickard's guidance, the North flourishes, and the Stark patriarch even sought to extend his alliances in the South and the Riverlands through the marriages of his daughter Lyanna to Robert and his son Brandon to Catelyn Tully (a betrothal Ned honors after his brother's death in King's Landing).

In season six, through the now infamous vision that leads Bran to turn Wylis into Hodor, fans are given a glimpse of Rickard sending Ned off to the Eyrie. Even though it's a short scene, it's clear that both Ned and Jon's personalities are similar to Rickard's. This is a man who is at once stern, but also loving and even a tiny bit playful when he thinks no one is paying attention. Before he sends his son to be fostered at the Eyrie, Rickard tells Ned, "Remember that you are a Stark. Comport yourself with dignity at the Vale, and try to stay out of fights." But he also slyly reminds Ned that if he has to fight, he should win.

As a man of principle with a great love for his family, Rickard's only choice upon hearing Brandon is being held in King's Landing for making threats against Prince Rhaegar after his sister Lyanna's abduction is to ride South. By this point, King Aerys is already earning his title of the Mad King, but things only become worse when Rickard asks for a trial by combat to free his son. The Mad King grants the Stark children's grandfather his wish, but he proclaims fire is the true champion of House Targaryen. King Aerys proceeds to boil Rickard alive in his armor, as Brandon is forced to watch.

In one horrible day, House Stark is almost eradicated, and a war that changed the Seven Kingdoms forever began. This is the reason why the North can't forget the sins of Daenerys's father. The last time one of their Stark leaders met with a Targaryen, Robert's Rebellion began, so it's not surprising that they are nervous about the prospect of history repeating itself with Jon and Daenerys. Thankfully, Daenerys doesn't seem to be her father's daughter (even though she too has a deep love for fire), and even though neither the North nor Jon knows it, the current King in the North is a dragon and a wolf. These two things combined should lead to a much happier meeting between these two great Houses than the one that left Ned without a father.

Nostalgia
Do You Have What It Takes to Become a Legend of the Hidden Temple? Now You Can Find Out
by Grayson Gilcrease 22 minutes ago